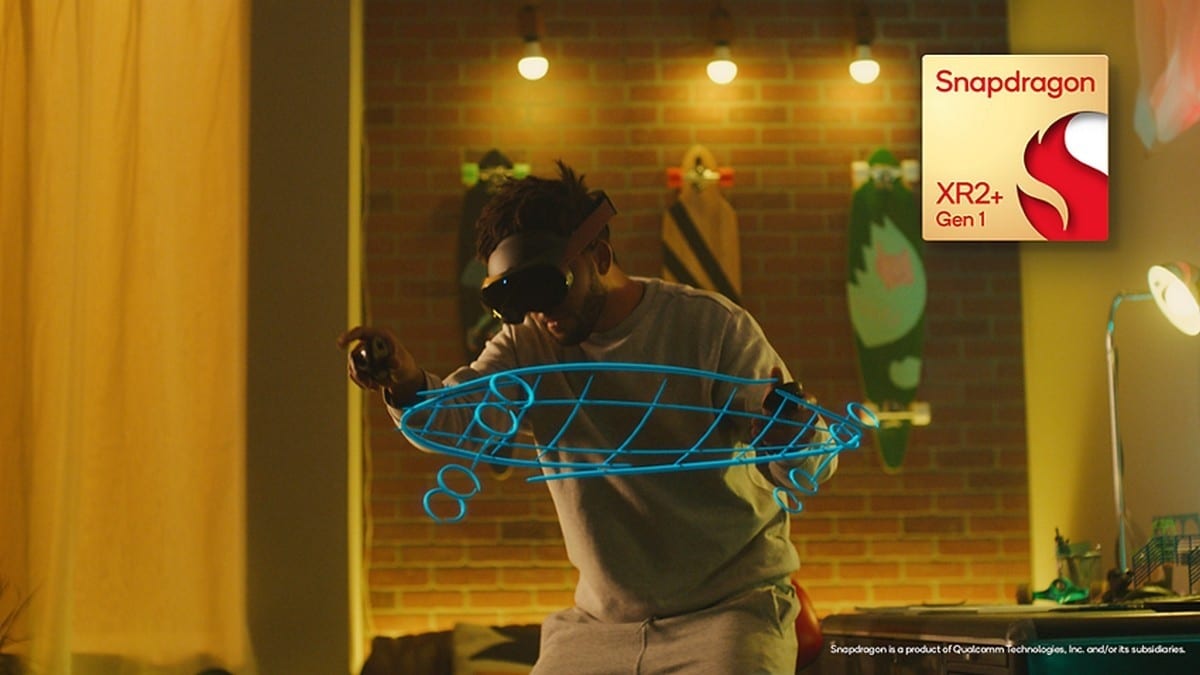 Qualcomm’s Snapdragon XR2+ Gen 1 chipset was announced on Tuesday, and the company’s latest chipset for wearables will power the newly unveiled Meta Quest Pro VR/MR headset. The chipmaker has offered more details about the new processor that is said to offer improved thermal performance and higher sustained power compared to the previous generation chipset from Qualcomm. The Snapdragon XR2+ Gen 1 comes with a new image processing pipeline that achieves less than 10 milliseconds latency, unlocking full-colour video pass-through for mixed reality (MR), according to the firm.

Interestingly, the Meta Quest Touch Pro controllers are powered by the Snapdragon 662 platform, which allows them to track through multiple embedded positional cameras and offers ultra-low latency to the headset.

Qualcomm says multiple OEMs have committed to launching devices powered by the XR2+ by the end of the year. So far, Snapdragon XR chips power over 60 XR (eXtended Reality) devices around the globe, as per GSMArena.

The company said Meta Quest Pro was the first entry in Meta’s new high-end line of devices with innovative features, such as high-res sensors, crisp LCD displays, a new design, eye tracking and natural facial expressions, to help your avatar reflect you more naturally in VR.