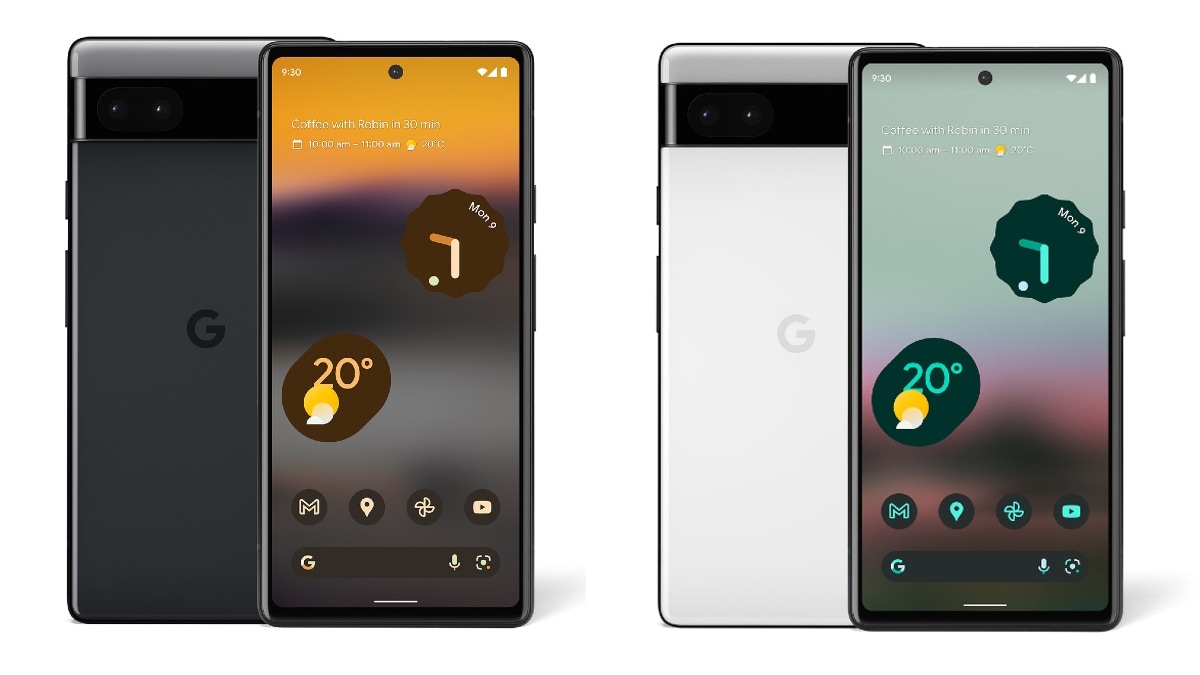 The Google Pixel 6a price in India has been set at Rs. 43,999. It is available for pre-orders in India and will be available for purchase on Flipkart starting July 28. The phone was unveiled in Chalk, Charcoal, and Sage colour options.

Google is also bundling some launch offers for the Google’s Pixel 6a in India. There will be an instant discount of Rs. 4,000 on Axis Bank Cards and EMI, Rs. 6,000 off on exchange of any Pixel device and other select smartphone models, or Rs 2,000 off on exchange of any other smartphone. Customers can purchase Google Nest Hub Gen 2, Pixel Buds A Series, or Fitbit Inspire 2 at a price of Rs. 4,999 when purchased along with the Pixel 6a. Furthermore, the Google Pixel 6a comes with a three-month trial of YouTube Premium and Google One.

Launched at Google I/O earlier this year, the Pixel 6a runs Android 12 out-of-the-box and features a 6.1-inch full-HD+ (1,080 x 2,400 pixels) OLED display, which is protected by Corning Gorilla Glass 3. Under the hood, the smartphone gets an octa-core Google Tensor SoC and a Titan M2 security coprocessor, paired with 6GB of LPDDR5 RAM. The SoC also powers the Google Pixel 6 and Google Pixel 6 Pro smartphones.

Google Pixel 6a comes with 128GB of inbuilt storage. Connectivity options include 5G, 4G LTE, Wi-Fi 6E, Bluetooth 5.2, and a USB Type-C port. Sensors on board include an accelerometer, ambient light, barometer, gyroscope, magnetometer, and a proximity sensor. There is also an in-display fingerprint sensor for biometric authentication. The smartphone packs a 4,410mAh battery that comes with fast charging support.