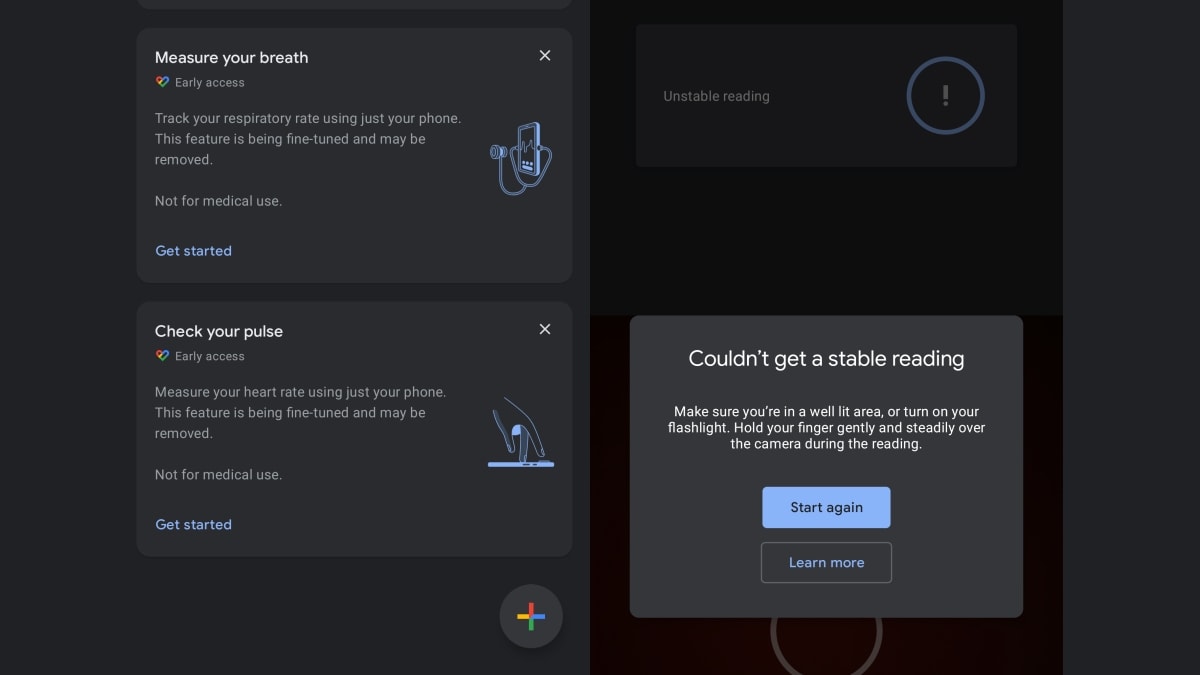 Google is reportedly bringing heart rate tracking and respiratory tracking features on the Pixel 6 via the Google Fit app. These features were available on Pixel 5 and Pixel 4a for a while, and now Pixel 6 owners can reportedly take advantage of them too. It is said to be out of “early access” phase, meaning a broad rollout is underway. Separately, few Pixel 6 users are reporting the removal of the Magic Eraser tool after the latest Google Photos update. Again, this seems to have affected only a few users as the update rollout has been stopped.

9to5Google reports that Google Pixel 6 units are now getting heart rate and respiratory tracking features via the Google Fit app. The app uses the phone’s camera to measure heart rate and respiratory rate. Google reportedly warns that this feature is “not for medical use” and that it is “being fine-tuned and may be removed.” The report adds that while testing the heart rate tracking feature, its results were accurate and matched that of a Fitbit tracker and a Pixel 5 in a “well-lit area.” However, the reading was roughly off by 30 beats per minute in a darker room.

On Google Fit, Pixel 6 users can check if they’ve received the feature by going to Browse > Vitals. The two cards will appear at the bottom of the Home tab.

Google spokesperson Alex Moriconi told The Verge that the company has “identified an issue early in the rollout of [its] latest Photos update and are providing a fix shortly.”

8 Tips to Reduce Latency and Speed Up Your Cloud Gaming Experience
Twitter Acknowledges Bug Which Logs Out Users on iOS, Fix Coming Soon
What Is WhatsApp, and Why Is It So Popular?
Yubo Launches a New Update: Here’s What’s New
Oppo K9 Smart TV Series to Launch in India in Q1 2022: Report