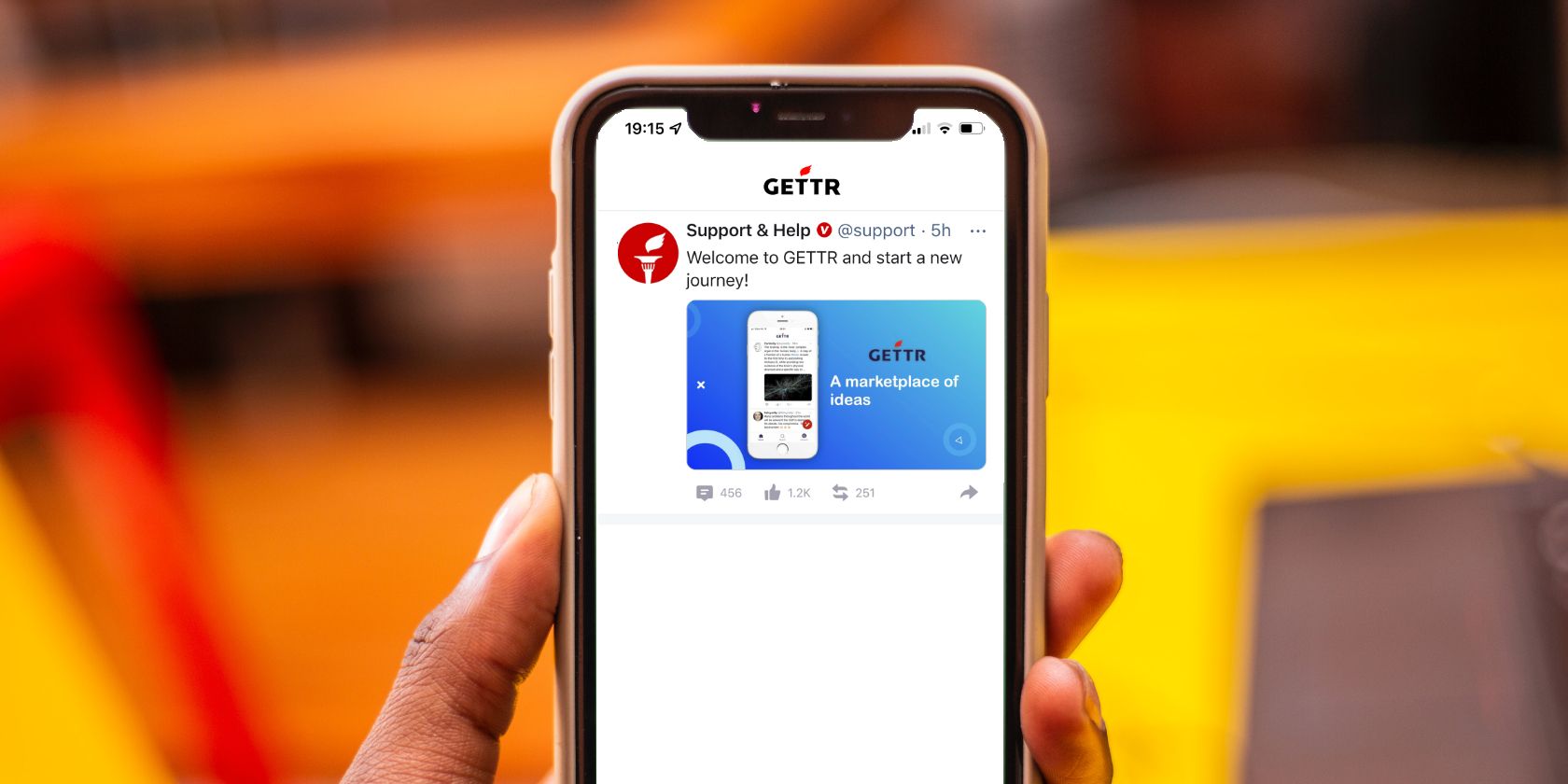 Donald Trump is back on social media, and this time he’s got his own platform. Former President Trump’s team has launched a brand-new social media platform called GETTR, as an alternative to the existing big tech platforms.

GETTR’s mission statement shows that the site aims to fight ”cancel culture, promote common sense, defend free speech, challenge social media monopolies, and create a true marketplace of ideas”. The main takeaway from the statement is the “marketplace of ideas”, as that’s the slogan plastered all over GETTR’s branding.

We also know that Trump has been looking for new ways to engage with his supporters online, ever since his ban from most social media sites in January. Notably, the former President’s launch of his own professional blog did not succeed, but was rather met with jokes and low viewing numbers.

What Exactly Does GETTR Do?

GETTR was first published to both the App Store and Play Store around mid-June, with no official launch event or campaign. Despite the lack of advertising, the team’s app has been downloaded a few thousand times so far, and has even drummed up some ratings and reviews.

We’ve already seen GETTR’s mission statement, but its App Store description calls the platform a “non-bias social network for people all over the world”. The app has the “M” or “17+” rating depending on your currently, meaning the app is meant for more mature audiences.

The new social media platform has both a website and a mobile app. Taking a look at GETTR, the app bears a striking resemblance to Twitter in its UI. Users can follow other accounts on the platform and post their own content for other members to see.

So far, Trump hasn’t made an account on GETTR. And although the app was launched by Trump’s team, the specifics of the former President’s involvement remain unclear.

Perhaps Trump will be back on social media, or perhaps he’s decided to give himself a bit of a longer time-out.

The former US president’s ban from Facebook is no longer indefinite—it’ll last for at least two years.

IPL Final 2021: How to Watch CSK vs KKR Match Livestream Online on Mobile, Desktop, and TV
Why You’re Seeing More Red Flags on Twitter All of a Sudden
What Is a Subdomain?
iOS 15.0.2, iPadOS 15.0.2 Released to Fix Messages Photo Bug, Security Flaw; watchOS 8.0.1 Debuts as Well
What Is Green Computing and Can You Balance Performance With Sustainability?