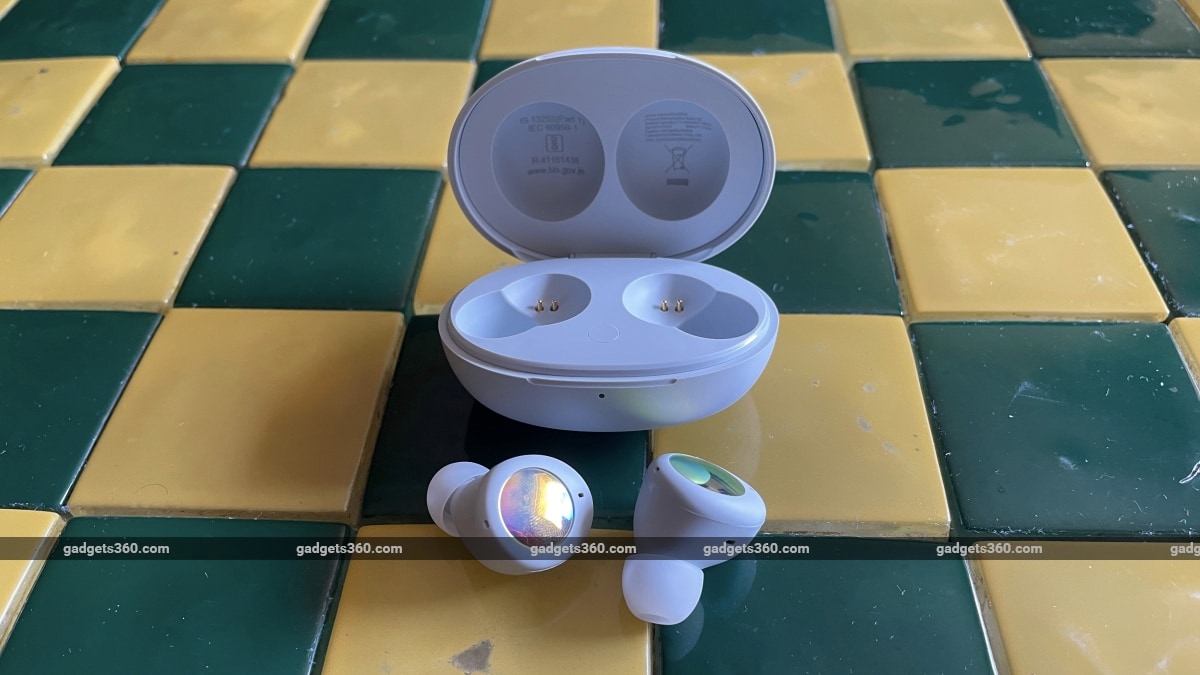 Realme Buds Q2 true wireless stereo (TWS) earphones and Realme Smart TV Full-HD 32 were launched in India on Thursday, June 24, priced at Rs. 2,499 and Rs 18,999, respectively. The Realme Buds Q2 are among the most affordable true wireless earphones in India with active noise cancellation, and also have other features typically seen on premium true wireless headsets such as app support and touch controls. The television has a 32-inch Full-HD (1920×1080 pixels) resolution LED screen, which is a rarity in India where most 32-inch TVs have HD (1366×768-pixel) resolution screens.

The Rs. 2,499 Realme Buds Q2 will go on sale on June 30, and will be available on Realme.com, Amazon, and select offline retailers across India. The Realme Smart TV Full-HD 32 is ordinarily priced at Rs. 18,999, but will be available at an introductory price of Rs. 17,999. The TV will go on sale on June 29 on Realme.com, Flipkart, and select offline stores.

The Realme Buds Q2 are among the most affordable true wireless headsets with active noise cancellation, undercutting the recently launched Realme Buds Air 2 priced at Rs. 3,299. Apart from ANC, the earphones also feature app support through the Realme Link app, with specific compatibility on both iOS and Android for the Realme Buds Q2.

This will allow users to change specific settings and control particular aspects of the headset directly through the app, including the touch controls, turning on the Gaming Mode, or changing the equaliser settings. The earpieces also feature an improved design with reflective touch-sensitive zones and a proper in-canal fit for effective passive noise isolation.

The Realme Buds Q2 also have a low-latency mode with a response delay of 88ms, a transparency mode, and dual-microphone noise cancellation for voice calls. The earphones are powered by 10mm dynamic drivers and have a claimed battery life of 28 hours in total with fast charging support through a USB Type-C port on the charging case. For connectivity, the earphones use Bluetooth 5.2, with support for the SBC and AAC Bluetooth codecs.

The Realme Smart TV Full-HD 32 is the latest television from the company and is part of the original Realme Smart TV range that was launched in 2020. What makes the TV unique is that it has a 32-inch LED screen with a Full-HD (1,920×1,080 pixels) resolution. This is very uncommon among 32-inch TVs in India, most of which are HD (1,366×768 pixels) resolution TVs. This promises a sharper and more detailed picture as well as the ability to view Full-HD content in native resolution on a small TV convenient enough to position in small rooms and spaces.

The television runs on Android TV 9 with support for Google Assistant and Chromecast and access to the Google Play Store to download additional apps and services including popular streaming services. HDR formats including HLG and HDR10 are supported at the software level on the Realme Smart TV Full-HD 32, although the resolution and screen itself do not support high dynamic range content viewing.

Furthermore, the television has a rated sound output of 24W through a quad stereo speaker system, with support for Dolby Audio. There is also Chroma Boost picture engine, a peak brightness of 400 nits, and 85 percent NTSC colour reproduction.

It’s an all television spectacular this week on Orbital, the Gadgets 360 podcast, as we discuss 8K, screen sizes, QLED and mini-LED panels — and offer some buying advice. Orbital is available on Apple Podcasts, Google Podcasts, Spotify, Amazon Music and wherever you get your podcasts.
This article was originally published by Ndtv.com. Read the original article here.
Share on Facebook
Share on Twitter
Share on Pinterest
Share on LinkedIn