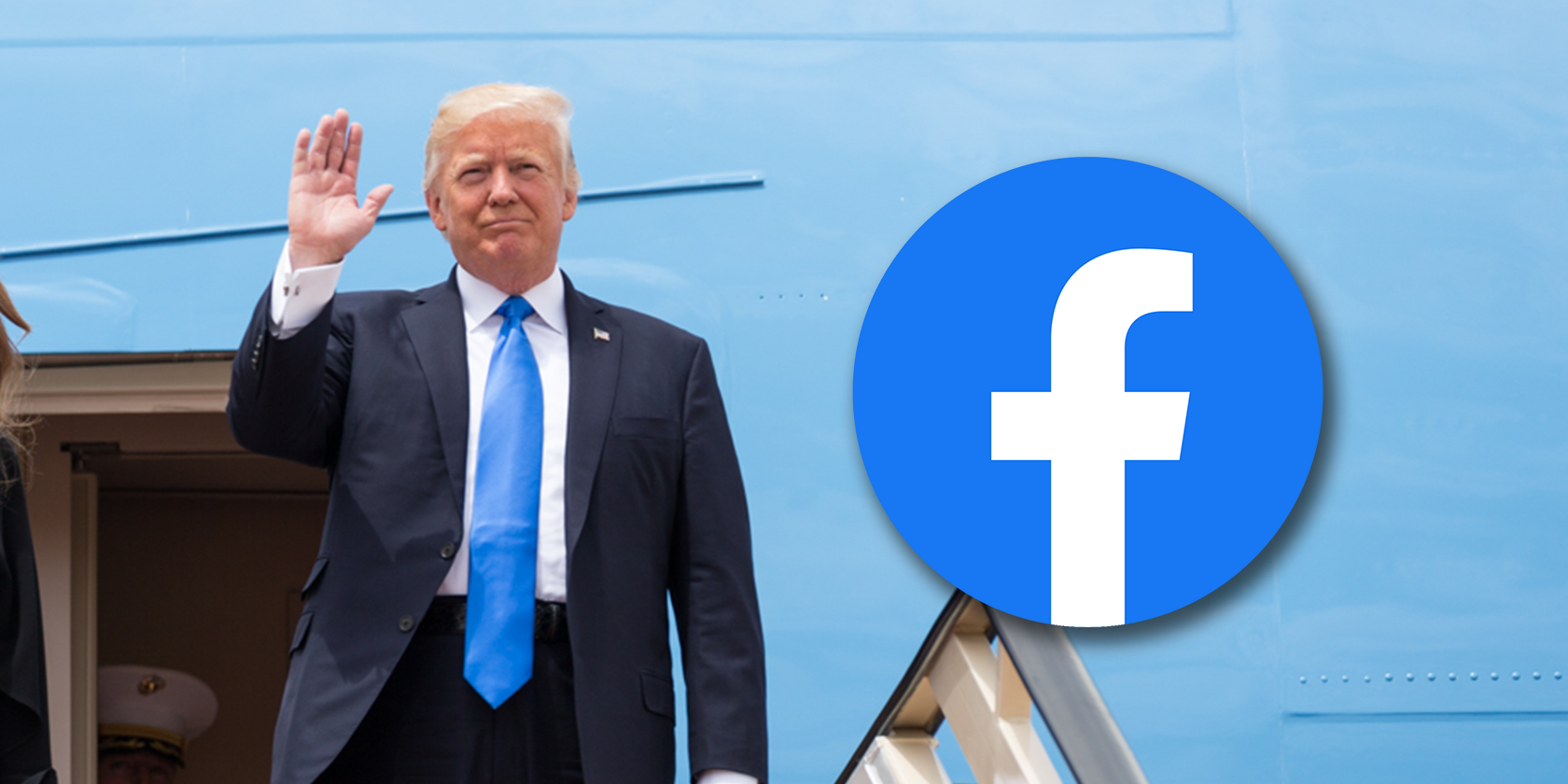 The removal of Donald Trump’s presence from the most populated spaces on the internet has sparked quite the debate around the world. Everyone’s talking about free speech, censorship, and the privileges of world leaders online (and if they should even have any).

While Trump no longer has his own Facebook page, he briefly returned to the platform through that of someone else.

After appearing in a video interview with Fox News commentator Lara Trump (who also happens to be his daughter-in-law), Facebook kicked former US president Donald Trump off the platform a second time.

After the video was removed, Lara posted screenshots of emails from Facebook staff to her page.

In a caption, she referenced George Orwell’s dystopian science fiction novel called “1984,” which is about a totalitarian regime that shuts down all modes of communication that aren’t sanctioned by the government.

The full text of the email, as shown in the images, is as follows:

Hi folks, we are reaching out to let you know that we removed content from Lara Trump’s Facebook Page that featured President Trump speaking. In line with the block we placed on Donald Trump’s Facebook and Instagram accounts, further content posted in the voice of Donald Trump will be removed and result in additional limitations on the accounts.

We’re still waiting on the verdict from the Facebook Oversight Board as to whether his ban is permanent, but perhaps that’s irrelevant considering Trump claims to return to social media via his own network anyway.

Trump’s Banned From Everywhere, So He’s Making His Own Platform

Discussion of Trump creating his own social media platform began in February, soon after he was banned from just about every corner of the internet. Following his bans from Facebook and Instagram, Trump’s account was removed from Snapchat.

Entertainment platforms didn’t want to give Trump a place to speak, either. Twitch banned Trump, and YouTube suspended uploads to Trump’s channel.

Related: Is Donald Trump Launching His Own Social Media Platform?

Prior to this story, we haven’t heard anything from Facebook about banning content containing “the voice of Trump.” Facebook Newsroom hasn’t posted any statements on the manner, so this “rule” must be new. News outlets like have posted videos of Trump speaking since his ban, though.

Maybe it depends on context, or whether the poster is what the platform deems a credible source. Facebook has been working on its putting a lot of effort into improving its AI, after all.

Facebook Is Training Its AI to Understand Users’ Public Videos

Will AI soon be able to understand what happens in videos as well we can?