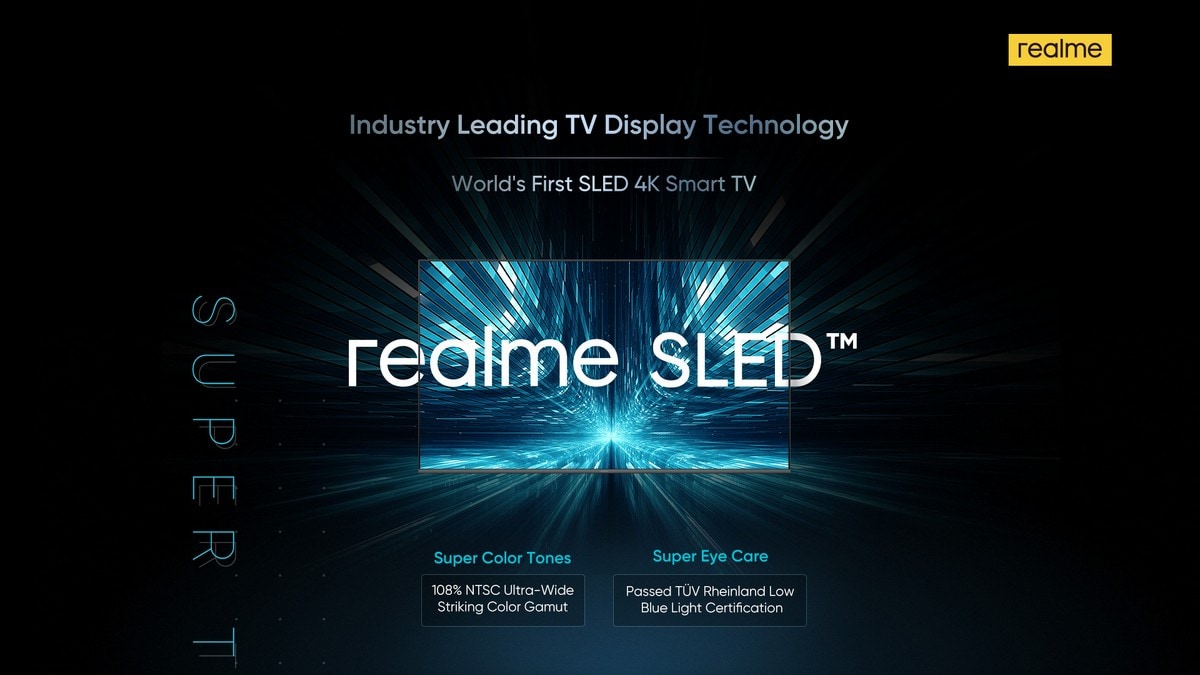 Realme will debut its SLED 4K Smart TV in India soon, the company shared on its blog. Realme is calling it the “world’s first SLED 4K Smart TV”. It will be a 55-inch smart TV with 4K resolution and as per the blog post, it will offer high colour accuracy along with better eye care. Realme has worked with the chief scientist of SPD Technology, John Rooymans, to develop this SLED technology.

Realme says this SLED 4K Smart TV will come in 55-inch screen size and have 108 percent coverage of the NTSC colour gamut. It will also have TUV Rheinland Low Blue Light certification. The company claims that the NTSC value of SLED is much better than standard LEDs and even some QLEDs. This will allow the smart TV to deliver more colours for a vivid visual experience.

The Realme SLED 4K Smart TV uses RGB backlighting, that is then turned into white. This not only reduces the harmful effects of blue light, but also delivers higher colour purity, the company says. In case of QLED TVs, Realme says they use blue backlighting at the initial stage, that is then converted into white light.

Further, the company says using RGB backlighting delivers more balanced colour distribution between red, green, and blue with similar colour density. The smart TV has also passed TUV Rheinland Low Blue Light certification and Realme claims that SLED display technology is the only one apart from OLED TVs to have passed this certification.

Realme has not shared other specifications for the SLED 4K Smart TV and also not confirmed exactly when it plans on unveiling it.

Realme currently has a 43-inch and a 32-inch smart TV available in the market. The two modes use LED displays and run Android. It is likely that the upcoming Realme SLED 4K Smart TV will also run on Android.