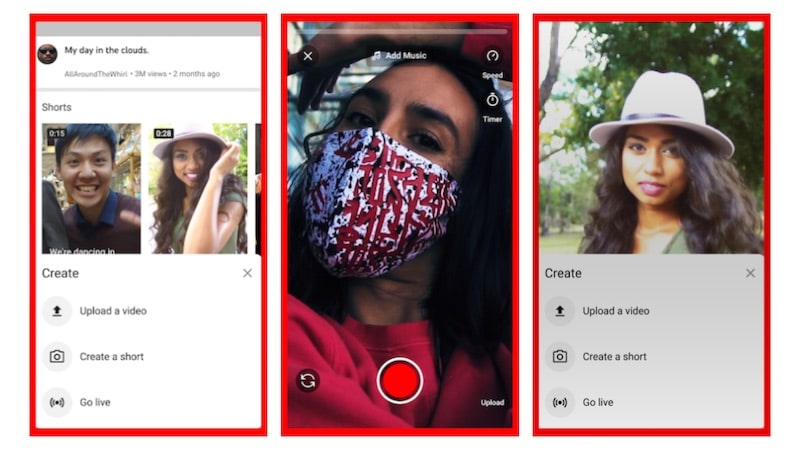 YouTube Shorts, a short video feature from YouTube that allows you to share 15 second videos, was launched by Google on Tuesday. Sound familiar? Yes, we have yet another TikTok competitor, this time from Google, after Instagram expanded Reels from the US to India as well. Which is a market Google seems to be eyeing for YouTube Shorts, as it launched the new feature in early beta in India to start with. With TikTok banned in India, this was an obvious move, and as the app faces challenges in the US, YouTube could be expected to bring Shorts there next.

In its announcement, Google explained that this includes a new camera and a handful of editing tools that will be rolling out over the course of the next few weeks. These videos are of up to 15 seconds, and can be seen on the YouTube homepage, in what’s called the new Shorts shelf, as well as across other parts of the YouTube app. YouTube also has a post about Shorts, that starts by reminding us about famous viral videos, such as Charlie Bit My Finger, Good morning yall, and Lockdown Trick Shots.

The Create button has been moved to the bottom bar of navigation for Android users in India, the post noted, and this is how you can create shorts. According to the post, to check if you have access you can tap the “+” icon then select Video. If you see Create a short video then you have access to the Shorts camera, which has features like stringing multiple video clips, speed controls, times, and adding music to clips.

People who don’t have access to the Shorts camera can still upload vertical videos that are under 60 seconds long, with the hashtag #shorts in the title or description, and these would still be picked up to be highlighted on the YouTube homepage.

In the YouTube Blog, Chris Jaffe, VP of Product Management for YouTube noted that Shorts will expand to iOS and also to other countries soon, and also added that more features for creation will also be added quickly.

Rumours that YouTube was working on a TikTok clone had been doing the rounds since early this year, with the facts all but confirmed by June. Like Instagram, YouTube also comes with a huge built-in audience that’s going to make the early adoption of Shorts take place, but although Instagram might boast of a large number of people making short videos, it hasn’t had the same cultural impact that TikTok did. Given how Google has struggled in the past to launch social networks, will YouTube Shorts face a similar fate?

Should the government explain why it’s banned apps from Chinese firms? We discussed this on Orbital, which you can subscribe to via Apple Podcasts, Google Podcasts, or RSS, download the episode, or just hit the play button below.