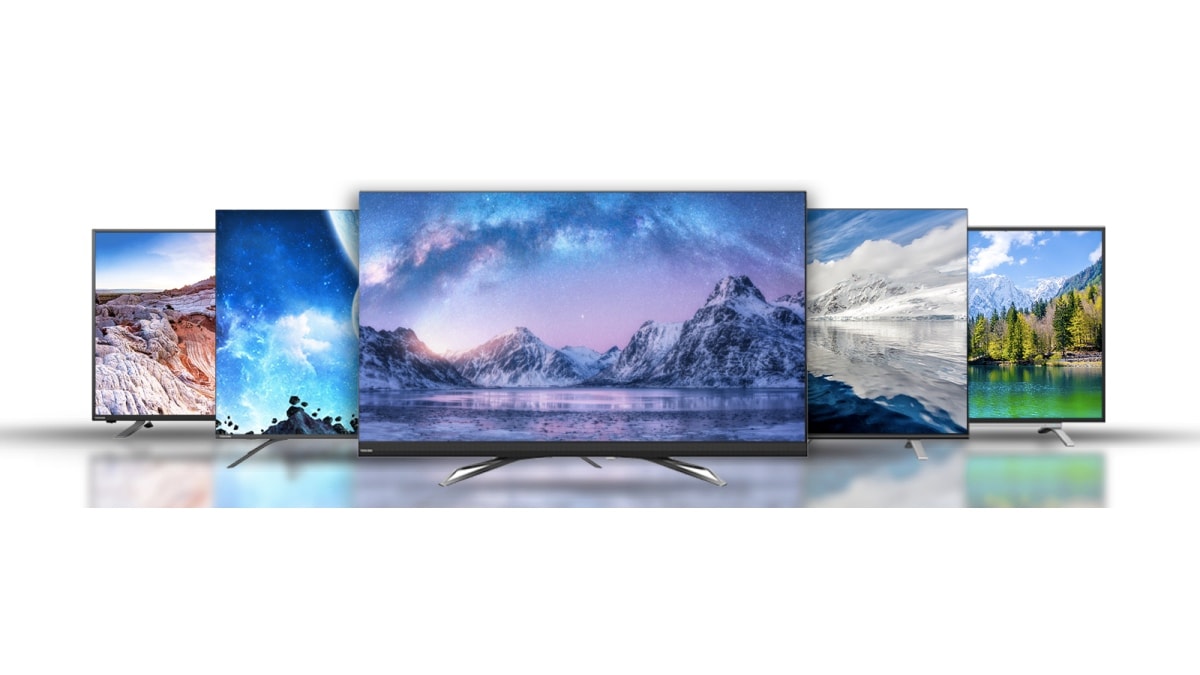 Toshiba is set to launch its smart TV range in India that will go on sale on September 18 across various online retailers. The Japanese brand, now marketed by Hisense that acquired Toshiba Visual Solutions in 2017, will be making a return to India with a new range of televisions across various sizes, resolutions, and screen technologies. The Toshiba Ultimate 4K TV Series will be among the TVs launching in India, and will be available to buy via Amazon, Flipkart, Reliance Digital, and TataCliq.

The new Toshiba televisions run on the refreshed version of the Vidaa operating system for smart TVs, developed by Hisense in 2014. The operating system is said to be customisable, and supports major apps and streaming services, including Netflix, Amazon Prime Video, YouTube, Red Bull TV, and Hungama, among others. The Toshiba range is being touted as ‘Made in India’, and the company is further offering a four-year warranty on the panel for buyers who purchase the TV from September 18 to 21.

Among the initial launches from Toshiba is the Ultimate 4K TV series of LED TVs that will be positioned in the affordable 4K HDR TV segment. Although prices have not been revealed yet, it’s likely that the Ultimate 4K TV series will be priced at under Rs. 30,000. The series will come in four size variants – 43 inches, 50 inches, 55 inches, and 65 inches – and will come with Dolby Vision HDR and Dolby Atmos sound.

Toshiba will also be launching its flagship 65-inch QLED TV on September 18, along with 43-inch full-HD and 32-inch HD resolution smart TVs, all of which will be running on the Vidaa smart platform. The new Toshiba TV range could be quite similar to the Hisense range of TVs that were recently launched in India, with the Ultimate 4K TV series roughly on par with the A71F range from Hisense.