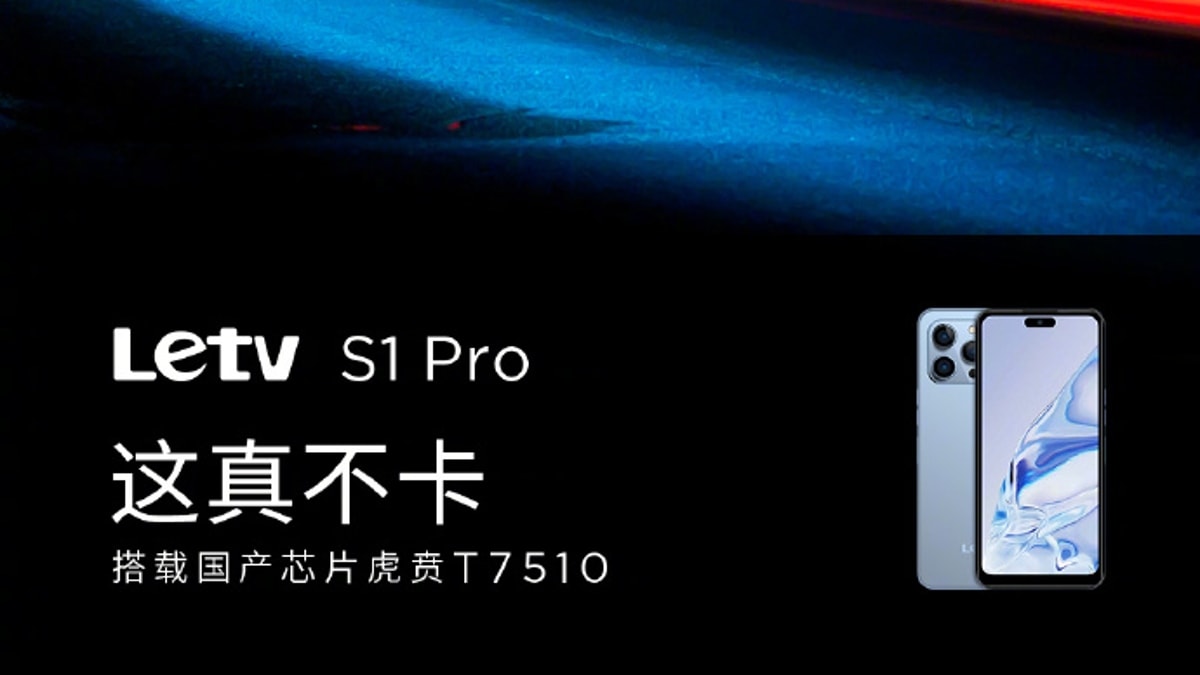 Letv announced that it will soon be launching the Letv S1 Pro in China. It will be an affordable 5G smartphone that will be powered by the Huben T7510 SoC, which is a domestically developed chip that is said to offer similar performance as the Qualcomm Snapdragon 7 series chipsets. However, the most notable aspect of this handset is its apparent resemblance to the iPhone 14 Pro. The Letv S1 Pro seemingly sports an identical triple rear camera layout as the iPhone 14 Pro, along with several other physical similarities.

In a post on Weibo, Letv announced on Wednesday that the Letv S1 Pro will be soon launched in China. It will be an affordable 5G smartphone that will be powered by a Huben T7510 SoC. The company is yet to provide details of the handset, including its specifications, pricing, and availability.

The newly announced Letv S1 Pro seemingly resembles the design of the iPhone 14 Pro. It appears to sport a similar rear camera layout as the Apple handset. Furthermore, this smartphone is depicted to sport a pill-shaped cutout on the front. However, it is unclear whether the Letv S1 Pro will offer functionality that is similar to the Dynamic Island on the iPhone 14 Pro.

This isn’t the first time Letv has been heavily influenced by the design of iPhone models. It previously launched the Letv Y1 Pro+, which looks very similar to the iPhone 13. This smartphone’s pricing began at CNY 499 (roughly Rs. 6,000) for the base 4GB RAM + 64GB storage model.

The Letv Y1 Pro+ is equipped with a 6.5-inch (720×1,560 pixels) LCD screen. This smartphone gets a similar notch on the front for the selfie camera as the iPhone 13. Furthermore, the 8-megapixel sensor on the back is arranged in a square module. The rear camera setup on the handset also resembles the layout of the iPhone 13 models.