In August, Drop announced its first new in-house mechanical keyboard in quite a while: the 75% Drop Sense75. On paper, the $349 gasket-mount keyboard looked like a winner, with an understated but classy design, Drop’s DCX keycaps, in-house stabilizers and its Holy Panda X tactile switches. The final result is a bit of a disappointment, though.

Early reviews of the prototypes that Drop sent out after the first announcement were rough. Those prototypes sounded hollow, the stabilizer rattled and both the switches and the board itself had issues with ping noise. Drop took some of that feedback to heart and made some changes.

The company recently sent me a pre-built review unit (there is also a $249 bare-bones option). I did not experience any case ping, and, while the board still sounds a bit hollow, the company added a second layer of thin foam that seems to have helped. But I also don’t understand how in 2022, Drop can ship a pre-built board with rattling, dry stabilizers. To make this board sound anything like what you’d expect from a modern mechanical keyboard, you have to completely disassemble it, lube the stabilizers and reassemble. But if you have to go through all of that, what’s the point of buying an expensive pre-built? Who is the audience for this? 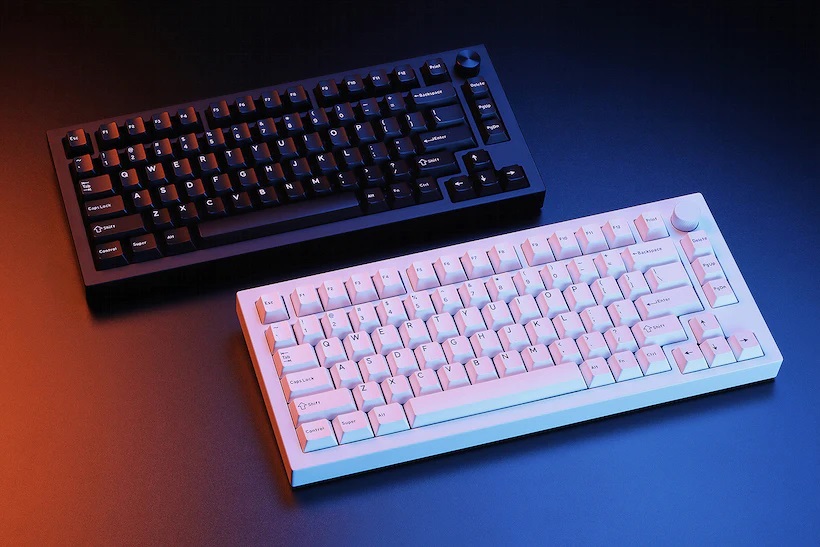 The Holy Panda X switches are also a bit scratchy out of the box. Some Krytox and break-in time can fix that, but I’m not a huge fan of tactiles and I prefer a slightly lower sound, but that’s my personal preference. A lot of people love these switches.

In its pre-built version, the aluminum board come with an aluminum plate and an aluminum weight underneath (with a small Drop logo on it). If that’s too much aluminum for you, Drop also sells a $39 carbon fiber plate and a $25 FR4 plate is currently available as a preorder. Both should make the board a bit more bouncy, something it could use, because despite the gasket-mount system, this felt like a pretty stiff board. Drop says that “it took painstaking care to choose the perfect materials, proportions, and placement areas to create a typing feel that was neither too mushy nor too stiff — but just right.” I’m not sure that worked out as planned.

As for the RGB, the south-facing sockets are pretty standard at this point and the addition of the diffuser should make for a nice underglow. In reality, you can see exactly where each LED sits — and if there’s one thing that really feels cheap about the Sense75, it’s that diffuser layer, which I was always afraid I’d break every time I opened the board.

All of this comes down to the fact that I can’t recommend this board. Sure, after a bunch of work you can make it sound quite nice, but there are plenty of other options on the market that are more affordable. The Keychron Q1 is well under $200, fully assembled. A bare-bones Akko Mod 007 will set you back less than $150. A black Sense75 is $350 and a white one $400, with the bare-bones $100 less. But it doesn’t offer the premium typing experience you’d expect at that price.

Drop has been listening to feedback from the community and I hope they opt for a v2 of the Sense, because with some work, it can be a good board — just not in its current state and not at this price.

Fire-Boltt Dagger Smartwatch With 1.43-Inch Display, Bluetooth Calling Launched in India: Details
PS5 India Restock: PlayStation 5, God of War Ragnarök Bundle Pre-Orders to Go Live on February 7
Is your startup heading to MWC? TechCrunch wants to hear from you
Meta Is Bringing Back Trump’s Facebook and Instagram Accounts
4 Reddit Scams to Watch Out For