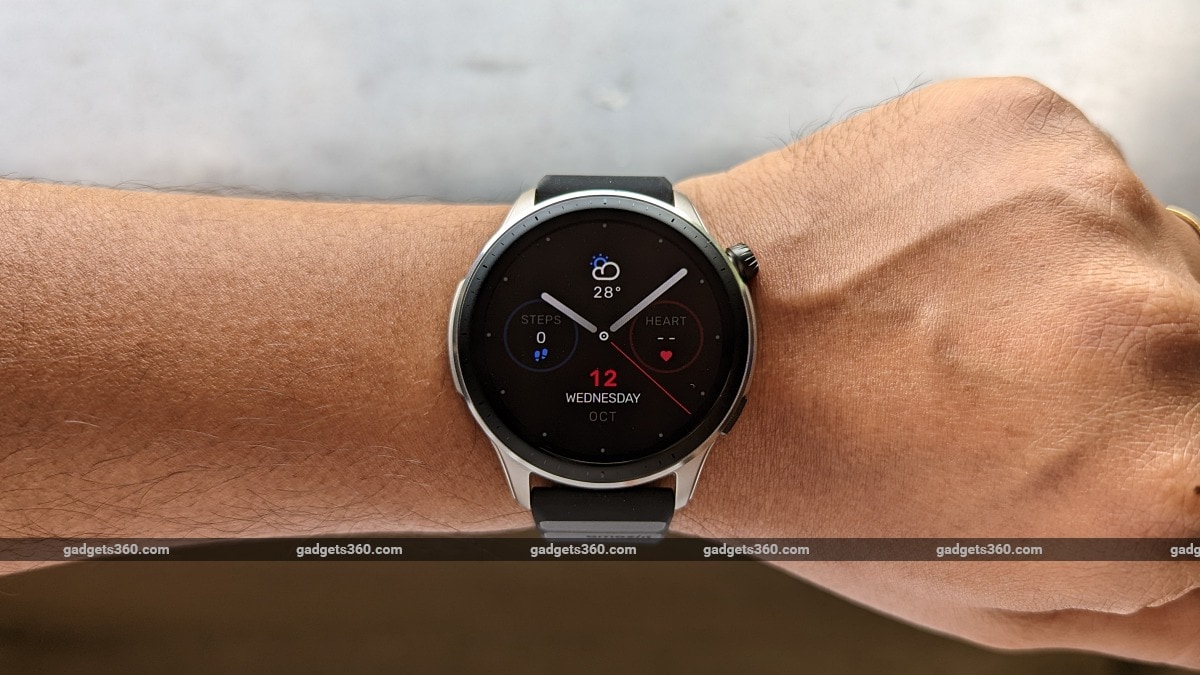 Amazfit’s line of smartwatches may not offer all the bells and whistles of an Apple Watch or Samsung’s Galaxy Watch models, but they do offer incredible value given their competitive price tags. The latest model in Amazfit’s stylish GTR line-up aims to repeat the success of its predecessor, the GTR 3, but with a different approach to design, improvements to tracking , a bigger display and a bigger battery. Are all these changes worth upgrading to a GTR 4, and how well does it work with both Android and iOS smartphones? Read on to find out.

The Amazfit GTR 4 is available in three variants that come with their individual watch straps, but all have the same dial size. There’s the standard option with a grey case and a black fluoroelastomer strap called Superspeed Black. A second variant with the same grey case but with a leather strap called Vintage Brown Leather, and a third variant called Racetrack Grey which has a black case and a weaved nylon strap. Surprisingly, all three cost the same at Rs. 16,999. I received the Superspeed Black unit for review.

The design of the Amazfit GTR 4 is a big departure from the GTR 3, but it does retain the navigation crown and workout button. The curved and rounded design of the previous model which looked more like a classic traditional timepiece has now been replaced with a design that looks more like a smartwatch, with sharp lines and a noticeable black bezel which surrounds the glass display. Unlike before, the tempered glass on the display does not merge with the case but rather, sits inside a bezel, giving the watch a slightly rugged appearance. ​​

The display’s cover glass on the Amazfit GTR 4 is flat, unlike the GTR 3’s glass, which was rounded around the edges and appeared more premium in comparison. Like before, the GTR 4’s display glass has an oleophobic coating which is good at rejecting fingerprints and smudges.

The Amazfit GTR 4 has two buttons, one of which is the digital crown which offers vibrational feedback

The GTR 4’s chunky appearance is accentuated by its thick lugs which hold the 22m fluoroelastomer straps in place. These can be replaced easily with the quick release mechanism. Amazfit does sell three optional 22mm straps (silicone and leather) separately, but it’s just as easy to find similar alternatives online. The fluoroelastomer strap can be worn using the classic pin buckle, has a soft touch and feels quite comfortable.

The Amazfit GTR 4 has a large 46mm aluminium alloy case which weighs 34g. The back of the case is made from polycarbonate and apart from the sensors, also has two magnetic pins for connecting the charger. According to Amazfit, the watch can withstand up to 5 ATM (or 5 bars) of pressure which means you should have no problem wearing it while swimming in a pool, washing your hands, or showering.

The Amazfit GTR 4 has a slightly bigger 1.43-inch AMOLED display with resolution of 466 x 466 pixels, compared to the GTR 3. It also supports always-on capability and there’s a 475mAh battery inside. The watch comes with Amazfit’s Bio-tracker PPG biometric sensor, which enables features such as heart rate monitoring and SpO2 tracking. There’s a dual-band GPS system with support for six satellite positioning systems. Other communication standards include Wi-Fi 2.4GHz and Bluetooth 5.

In the box, Amazfit provides a cable with a USB Type-A port on one end and a magnetic charger on the other.

The Amazfit GTR 4’s display is quite bright and legible outdoors when using it during the day. I also liked the always-on functionality which retained most of the important details from the selected watch face, meaning I could glance at the time and date from an angle without flicking my wrist towards me to wake up the display. The 326ppi pixel density also ensured that text and watch faces looked sharp.

The Amazfit GTR 4 received several software updates during my review period which improved the software experience drastically compared to when I first began using it. At the time of writing this review, the watch was running version 3.8.5.1 of Amazfit’s Zepp OS, which I tested with both iOS and Android smartphones.

The setup experience of the Amazfit GTR 4 on iOS and Android are similar. However, it was far from seamless as it required me to extensively explore the Zepp companion app and keep granting the necessary permissions in order to activate and use a particular feature. Unfortunately, it’s a learn-as-you-go experience and it took me a few days to completely setup the watch and use all of its features after a bit of trial and error. The initial setup and user experience definitely needs some streamlining.

There is a section in the Zepp Android app dedicated to permissions, but getting to it takes some effort. It’s available under the profile tab and it basically lets you know which features have all the necessary permissions (from your smartphone) in place to make things work. While it may not appear too difficult to access, I found it annoying to jump back and forth to that section in order to get features to work. It’s much easier to get this done on iOS.

The layout of the companion app is also a bit tricky to navigate. There are three tabs which include a Homepage tab which lets you glance through all fitness and health-related data, a Health tab which shows health and fitness-related data along with your goal setting, and a Profile tab which lets you add a device, accounts, and other miscellaneous settings. If you need notifications on your watch from apps that were installed after setting up the watch, you’ll need to manually enable this within the Zepp app.

Thankfully, Zepp OS on the Amazfit GTR 4 is not as complicated as the companion app. The operating system ran smoothly whether browsing through the app menu, settings or individual apps. I like how Zepp OS lets you multi-task, letting you run and switch between two apps by showing a flashing icon of the app running in the background on the watch face. It lets you switch between two apps running in the background (for eg., timer and stopwatch running simultaneously) but will not let you check notifications or multi-task when a workout is in progress. As for the apps, there are plenty of built-in native apps (Calendar, Weather, Cycle Tracking, Barometer, etc.) that are quite detailed and useful, but the app selection in the store (accessible via the companion app) is very limited.

Health and fitness related tracking was quite good. GPS tracking (once locked) was close to accurate (using just the watch) and the step count was spot on. Sleep tracking with sleep stages also seemed accurate and the watch can also track short naps, which is useful. Heart rate tracking and SpO2 monitoring were also close to accurate when compared to a pulse oximeter. However, the sit and stand detection did not work well, as the watch often prompted me to stand up even though I had been standing for about 20 minutes (albeit without walking around).

The Amazfit GTR 4 smartwatch is powered by Zepp OS

The Bluetooth calling feature when connected to an Android smartphone worked well and I was able to clearly hear the caller and be heard on the other end without any problems. Getting this feature to work was a painstaking process and while it worked on Android, I wasn’t able to do the same on my iPhone, probably due to iOS 16.

Battery life of the Amazfit GTR 4 was stellar when compared to even premium devices such as the Apple Watch. The GTR 4 easily lasted two weeks with all the health-tracking features, always-on display enabled, and light workouts on some days. Charging the watch took about 1 hour, 45 minutes using the magnetic charger.

The Amazfit GTR 4 may not feel as premium as the GTR 3 did, but it’s still a good looking watch in its own right. You can still purchase the Amazfit GTR 3 at Rs. 9,999, which in my opinion, is the better-looking smartwatch among the two. The features between the two aren’t far apart either, although I can’t comment about the GTR 3’s tracking accuracy since we haven’t reviewed it.

The Amazfit GTR 4 is a solid smartwatch at around Rs. 16,999, thanks to its large display, good software, and excellent battery life for health and fitness tracking. It also works well with both iOS and Android smartphones, which is a nice bonus.