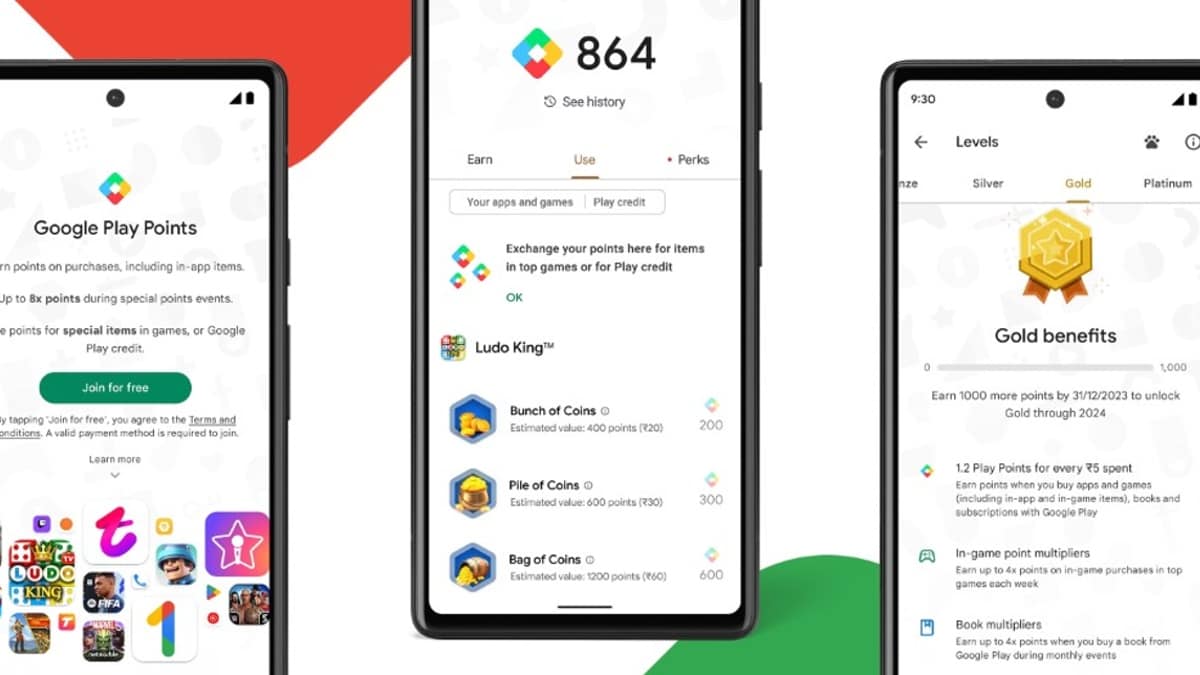 Google Play Points — the company’s Play Store rewards initiative — is coming to India. The reward programme that allows users to earn points for every action they do on the Google Play marketplace, from downloading new apps to subscribing to services, books and more will start rolling out in the coming weeks. The Google Play Points programme includes four levels known as Bronze, Silver, Gold, and Platinum and each new level offer different perks. It is currently available in 28 countries.

The search giant announced the rollout of Google Play Points in India via a blog post on Tuesday. With this programme, Google will let users earn points when they make purchases with Google Play, including in-app items, apps, games, and subscriptions.

The Google Play Points reward programme includes four levels — Bronze, Silver, Gold, and Platinum — based on the number of points collected. Each new level provides different perks and prizes depending on the tier you are in.

Google is associating with some popular apps and game developers to enable redeeming of points for special in-app items. In India, Google has partnered with more than 30 players including game titles like 8 Ball Pool, Evony: The King’s return, Ludo King, and Ludo Star, along with apps like Truecaller and Wysa. Furthermore, users can redeem their points for Google Play credit. The programme is currently available in 28 countries and Google claims that more than 100 users have used it.

The Google Play Points will be available to users in the country in the coming week. The programme is free to join and there’s no recurring or monthly fee. It can be accessed by tapping your profile icon from the Play Store app on your Android device.

Edging competition with Apple’s App Store, Google Play Points was first launched in Japan in September 2018 to encourage users to buy more through the Play Store. It was later unveiled in South Korea and the US in 2019. In selected countries, Google Play Points can be redeemed to rent a movie or buy an audiobook. In the US, points can be used to support a charitable cause.