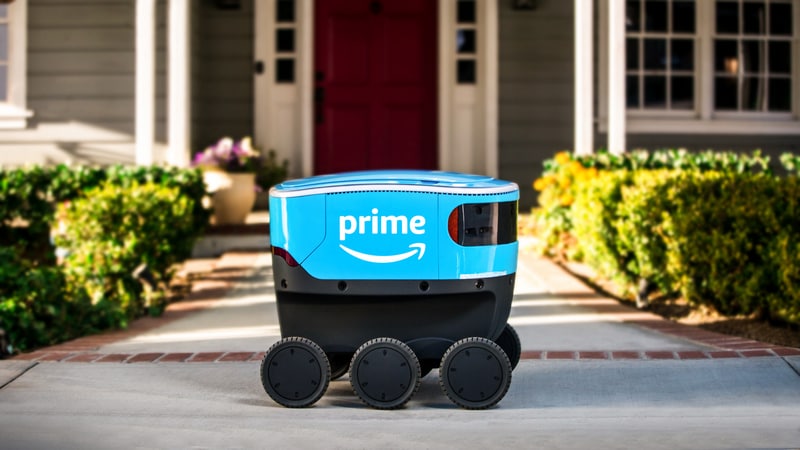 Amazon has halted testing of its home delivery robot “Scouts” which is the latest indication that the e-commerce giant is beginning to pare down experimental initiatives as sales growth slows. According to a report from the New York Post, the six-wheeled, cooler-sized vehicles, which were supposed to carry products to the front door, will be put on hold for the time being, but Amazon has stated that it may return to the idea in the future.

The firm did not clarify, although several witnesses said that it had difficulty getting past obstructions on the pavement, such as garbage or other tiny materials.

As quoted by the NY Post, Amazon spokesperson Alisa Carroll said, “During our Scout limited field test, we worked to create a unique delivery experience, but learned through feedback that there were aspects of the programme that weren’t meeting customers’ needs.”

According to Ms Carroll, over 400 individuals were working on the project throughout the world who sought anonymity to discuss a private situation. The concept of an autonomous robot will be considered by a skeleton staff, but the current iteration isn’t functioning, reported Bloomberg.

The Seattle-based firm started its testing on its colour-sized robots on suburban Seattle streets before expanding trials to Southern California, Georgia, and Tennessee. During trial, the slow-moving machines were supposed to halt at a front door and snap open their lids so a consumer could pick up a gift.

The battery-powered robots, according to Amazon, are part of an initiative to cut greenhouse gas emissions in its delivery operations, said Bloomberg.

According to the LinkedIn page of Sean Scott, the vice president in charge of the robot’s development who left the company last year, Amazon was still organising meet-and-greets in places where the gadgets were being tested just a few months ago.

Amazon is reacting to slower growth in its main retail segment under CEO Andy Jassy, deferring certain initiatives and cancelling others. The corporation is known for funding bold experiments that can take years to realise, with a portfolio that includes cashier-less shops, flying delivery drones, and a satellite network that promises to beam internet access over the world.