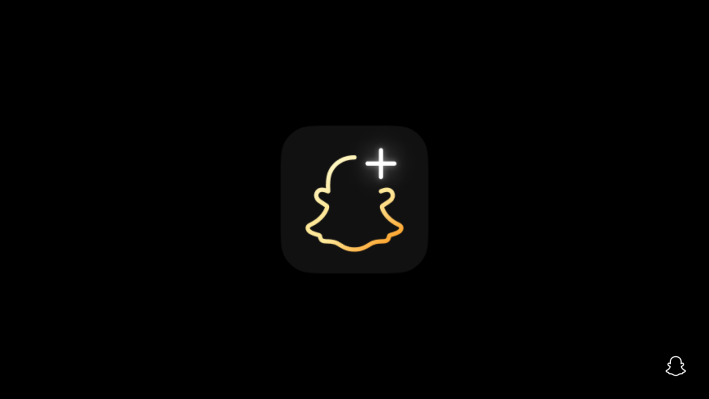 Snapchat’s recent move into premium subscriptions has gained a bit of traction in its first weeks on the market. Though the social app maker just last week reported a disappointing second quarter with an earnings miss amid a weak advertising landscape, its brand-new subscription Snapchat+ has already helped the app rake in over $5 million in revenue in its first month, according to new estimates.

The figure is a massive jump over the five-figure in-app purchase revenue number Snapchat had seen before the subscription’s arrival. In addition, the number is already larger than Twitter’s in-app revenue, which totals nearly $4 million since Twitter Blue’s June 2021 launch, per data from app market intelligence firm Sensor Tower.

The Snapchat+ paid consumer subscription launched on June 29, 2022 offering users access to various premium features, while also importantly giving the company a means of diversifying its revenue streams beyond advertising. This is critical for the social app given that the ad market is currently impacted by broader macroeconomic forces, which have slowed demand. In addition, Snapchat continues to feel the effects of Apple’s 2021 privacy changes that allowed users to opt-out of tracking and is facing increased competition from rival TikTok.

Since the subscription’s arrival, Snapchat’s mobile app has generated approximately $7.3 million in worldwide consumer spending across iOS and Android according to Sensor Tower, provided to TechCrunch. This represents the first 30 days of Snapchat+’s availability, June 29, 2022–July 26, 2022, the firm notes. The figure is also around 116 times higher than the $63,000 the app pulled in via in-app purchases in the 30 days prior from May 30, 2022–June 28, 2022, indicating the bulk of the new revenue was driven by Snapchat+.

Currently, Snapchat offers a few other in-app purchases for things like geofilters and tokens, per its App Store listing. But as of the time of writing, the app’s top three in-app purchases were all tiers of Snapchat+, said Sensor Tower. The $3.99 monthly plan was in the top spot, followed by the 12-month and six-month subscriptions at $39.99 and $21.99, respectively.

Of course, in-app mobile spending represents only a small fraction of how a company like Snap makes money. The company pulled in $1.11 billion in revenue in Q2 2022, nearly all of which is from its advertising products including Snap Ads and AR Ads (like Sponsored Filters and Sponsored Lenses). The company also sells hardware products, like its Spectacles eyewear and new Pixy drone, but these have no substantial impact on its revenue at present.

Without first-party data, it’s not possible to exactly contrast how Snapchat+ is faring versus other social app subscriptions aimed at power users, like Twitter Blue. The audience demographics differ and Twitter offers a variety of other in-app purchases — like those associated with Super Follows (creator subscriptions) and live audio Spaces, for example. Snapchat also offers other in-app purchases. However, Sensor Tower reports that during Twitter Blue’s first 30 days, the app saw only around $9,000 in in-app spending. This comparison is a bit unfair, though, because the subscription was limited to select markets at launch.

Still, it seems Twitter Blue hasn’t yet proven to be a big winner. The Twitter app has seen nearly $4 million in worldwide spending across the App Store and Google Play since the launch of Twitter Blue on June 3, 2021, Sensor Tower estimates. The majority of that spending ($3.4 million) has been on iOS. This suggests Snapchat+’s first month could have already outpaced Twitter Blue’s lifetime revenue. (Snap declined to comment on Sensor Tower’s estimates.)

The app is tied with Instagram as having the highest percentage of power users in the U.S. in Q2 2022. That is, Snapchat and Instagram saw 34% of their active installs open the app every single day during the second quarter. This is in comparison to Facebook (31%), TikTok (23%) and Twitter (19%). 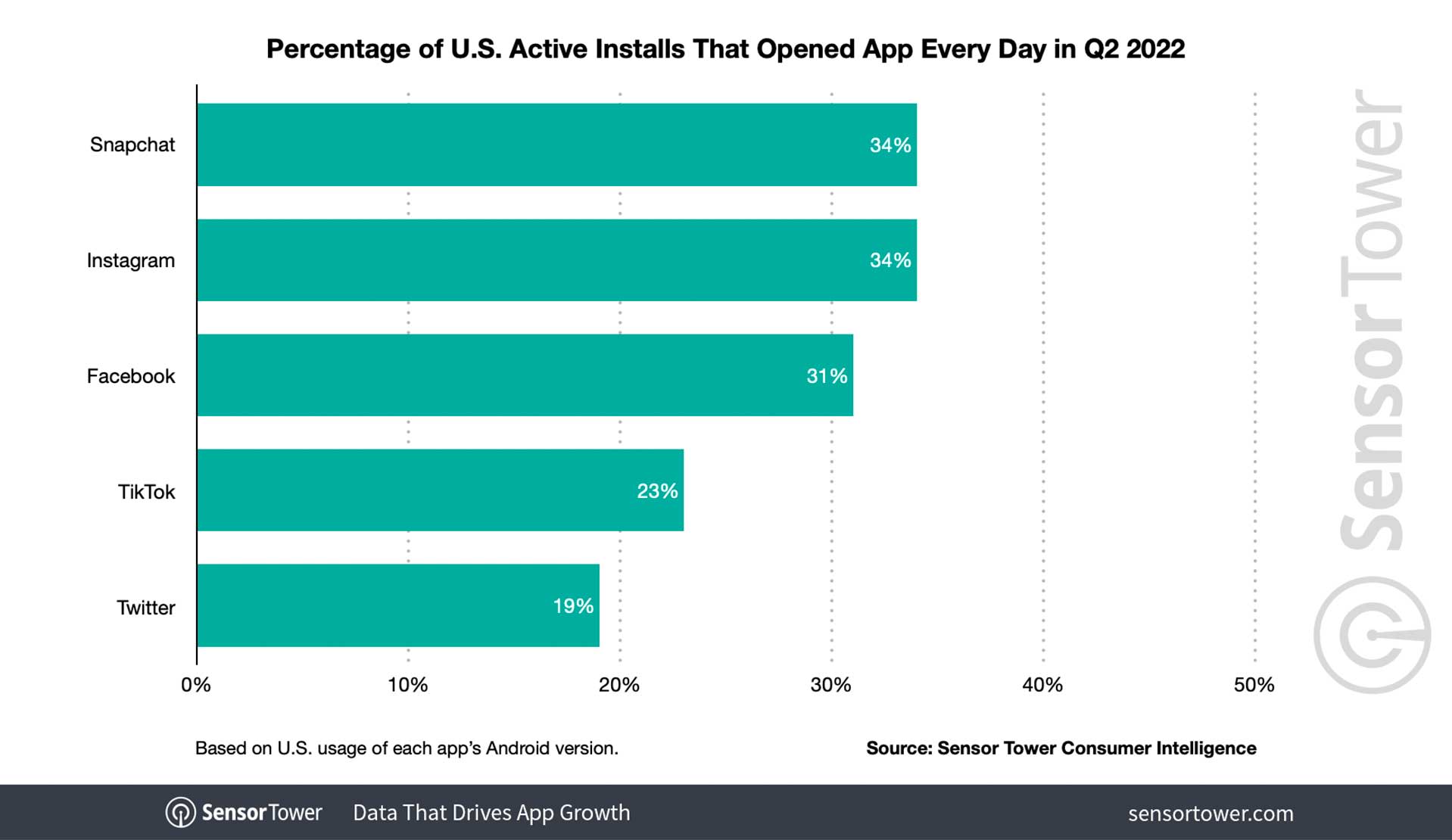