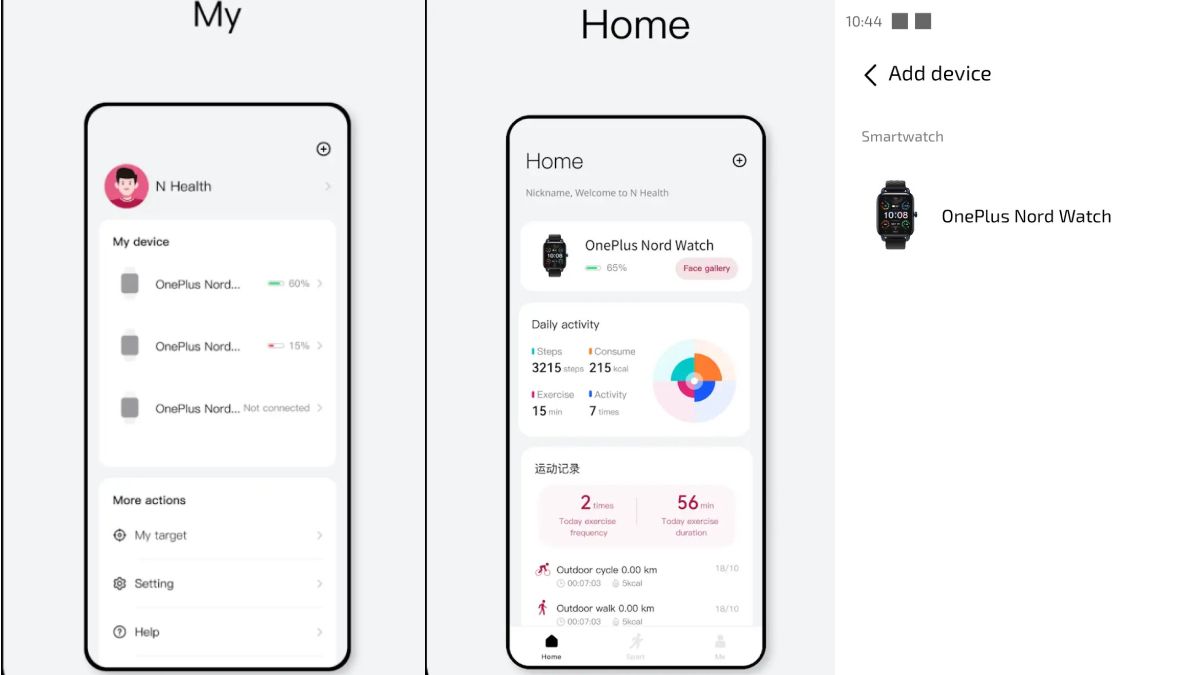 OnePlus Nord Watch has been tipped to feature a rectangular dial and a dedicated N Health app. The tip is based on alleged screenshots of the smartwatch’s companion app that indicate some design elements, watch faces, and health monitoring features. Due to the Nord branding, it is said to be an affordable alternative to the OnePlus Watch. It is also said to launch in India soon as the smartwatch has previously spotted on the Bureau of Indian Standards (BIS) database, as per a report.

Tipster Mukul Sharma (@stufflistings) has shared online some alleged screenshots from the companion app of the OnePlus Nord Watch. The screenshots indicate that the rumoured wearable from the Chinese company could feature a rectangular dial with a dedicated N Health app. The tipster has also shared six different watch faces as well. More watch faces can feature as well, apart from custom watch faces support. The OnePlus Nord Watch has also been tipped to offer SpO2, heart rate, and sleep monitoring features.

According to an earlier report, serial production of the OnePlus Nord Watch is said to have begun in multiple European and Asian regions. Since, the smartwatch comes with Nord branding, it could be an affordable alternative to the OnePlus Watch that was launched in India in March 2021.

As previously mentioned, the smartwatch has reportedly been spotted earlier on the BIS India database with the model number OPBBE221. This indicated that the OnePlus Nord Watch will soon debut in India as well. The tentative launch timeline is tipped to be the third quarter of this year. The affordable OnePlus smartwatch has previously been spotted on the official website as well, as per a report.