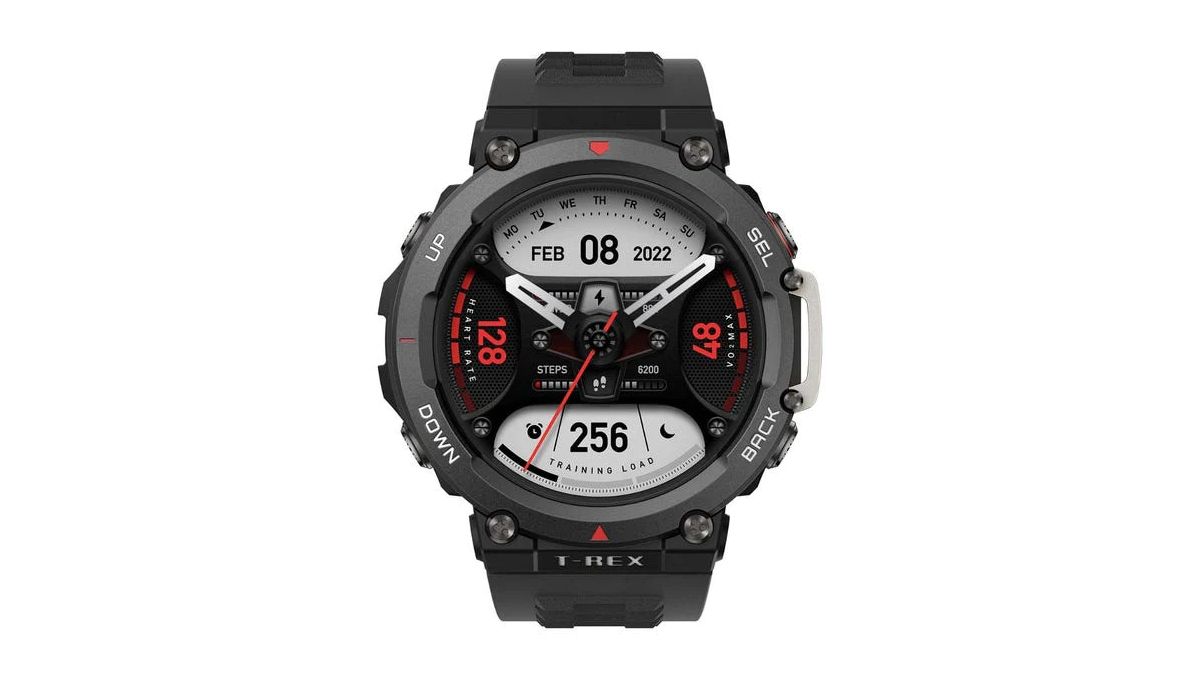 The new rugged smartwatch from Amazfit is currently available for pre-order on Amazfit’s India website with price tag of Rs. 15,999. Amazfit T-Rex 2 is being offered in Astro Black and Gold, Amber Black, and Wild Green colour options in India. The deliveries of the pre-ordered smartwatches will begin on July 2 at 12pm. The company is also giving a limited launch offer gym bag worth Rs. 1,999 to customers who pre-order the wearable.

The Amazon landing page for the Amazfit T-Rex 2 also went live a few days back, hinting the availability of the smartwatch on Amazon.in soon.

The latest offering from Amazfit features a 1.39-inch AMOLED display with 454×454 pixels resolution. Amazfit T-Rex 2 is powered by a 500mAh battery that, as per the company claims, can reach full charge in about 2 hours. The claimed battery life of the smartwatch is up to 24 days with normal use. The rugged smartwatch also comes with a Battery Saver Mode that is claimed to extend the battery life to up to 45 days.

Amazfit T-Rex 2 gets dual-band positioning and five-satellite navigation system support. It comes with high-precision GPS technology for wearer to navigate their way through busy city roads and natural trails. These natural trails can be imported from the Zepp application. The smartwatch comes with a function that prompts wearers to take a blood oxygen saturation test if it detects altitude changes. It can constantly monitor the wearer’s blood oxygen levels as well.

Since, T-Rex 2 is a rugged smartwatch, it comes with military-grade durability and have the ability to function in extreme temperatures as low as -30 degrees Celsius. The smartwatch also gets 10 ATM water resistance and lets it resist water pressure equivalent to up to 100 meters. The wearable comes with 150 sports modes and EverSense technology that can automatically detect eight types of sports movements.

Redmi Smart Band 2 With 1.47-Inch TFT Display Launched: Price, Specifications
How Dogecoin Could Be Incorporated Into Twitter 2.0
Put a (smart) ring on it: Movano on why its health wearable will put women first
Sony, Xbox and Nintendo Will Not Be at E3 2023: Report
Samsung to Collaborate With Google, Qualcomm, Microsoft, and Meta on a New XR Headset: Report