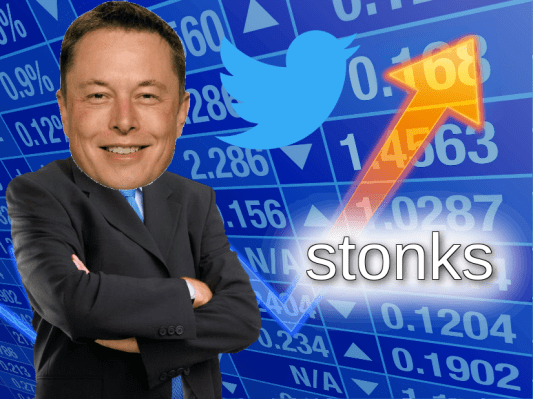 Twitter’s board wants the $44 billion Elon Musk takeover completed, which is why it’s asking its shareholders to approve the deal, according to a new regulatory filing.

The board states in the document filed with the U.S. Securities and Exchange Commission on Tuesday that it “unanimously recommends that you vote (for) the adoption of the merger agreement.”

The company’s board also unanimously recommended the shareholders to approve “the compensation that will or may become payable by Twitter to its named executive officers in connection with the merger” and “the adjournment of the special meeting, from time to time, to a later date or dates, if necessary or appropriate, to solicit additional proxies if there are insufficient votes to adopt the merger agreement at the time of the special meeting.”

At the time of writing, Twitter’s share price is around $38.12 — much lower than Musk’s offer price of $54.20 a share. Notably, the company’s market cap has dropped below $30 billion. So a $44 billion deal is really beneficial for all existing shareholders.

The deal is still hanging in balance over the issue of the number of bots on the platform. Earlier this month, Twitter gave Musk access to its full “firehose” — a stream of Tweets without any restriction — to check for the percentage of bots on the social network.

Earlier on Tuesday, speaking at the Qatar Economic Forum, Musk said that there are still “unresolved matters” over the deal.

“There is the question of, will the debt portion of the round come together and then will the shareholders vote in favor,” he noted.

The Tesla CEO said that he doesn’t want to head Twitter, but wants to focus on “driving the product.” This echoes a similar sentiment to his statements at the Twitter all-hands meeting last week.