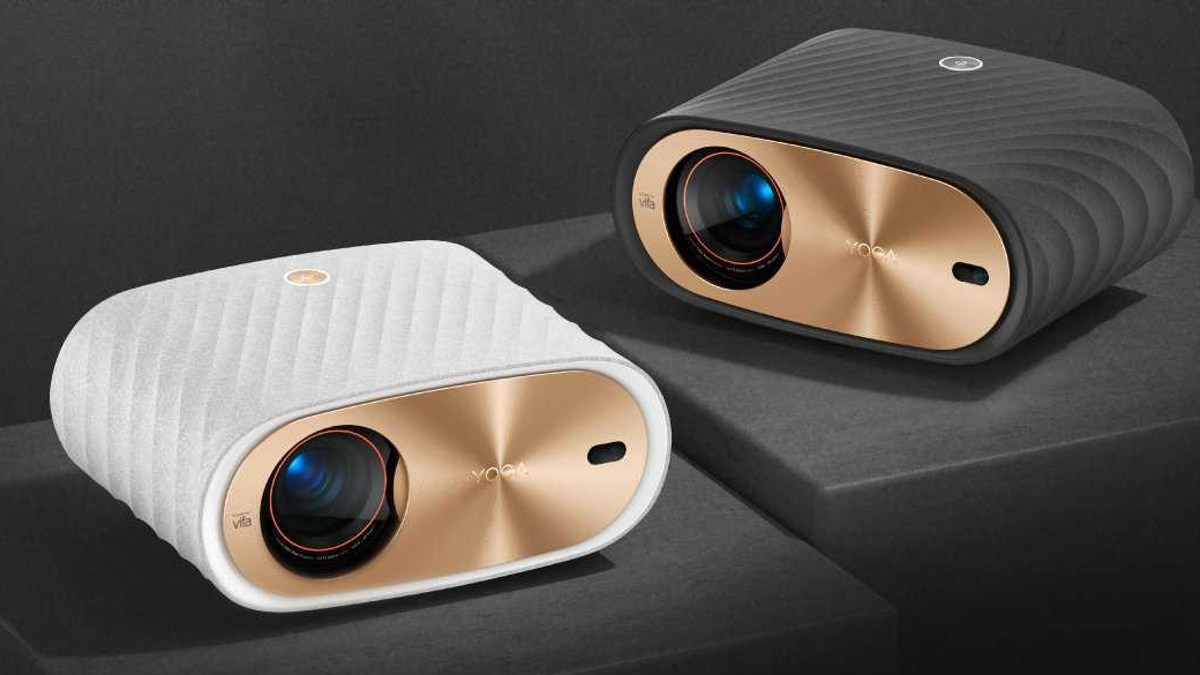 Lenovo Yoga 7000 was unveiled in China this week as the latest addition to the Chinese electronics manufacturer’s projector lineup. The projector comes in two different colour options with two inbuilt 10W speakers and an LED light source that has 2,400 ANSI lumens brightness. The Lenovo Yoga 7000 is claimed to offer up to 8K resolution and is equipped with an 0.47-inch DMD optical micromirror chip. The latest projector from Lenovo has optical zoom functionality and has a 3D streamlined and rounded build.

The company has not shared pricing for the Lenovo Yoga 7000 projector yet, but Lenovo has confirmed to feature the projector at its May conference. As of now, there is no information on availability either. The projector is offered in Sakura White and Storm Clan (translated) colour options.

The new Lenovo Yoga 7000 smart projector features a 3D streamlined round body with a double-sided aircraft-grade aluminium design in a dual colour scheme. It has an automatic shutter and is also equipped with a dream sound atmosphere light effect. The projector is said to support the optical zoom feature without affecting the HD quality.

The audio in Lenovo Yoga 7000 projector is handled by two 10W Neodymium magnetic speakers with VIFA cinema sound and a proprietary Digital signal processing (DSP) algorithm. The projector also has an independent Bluetooth audio mode, allowing customers to use it as an external speaker.