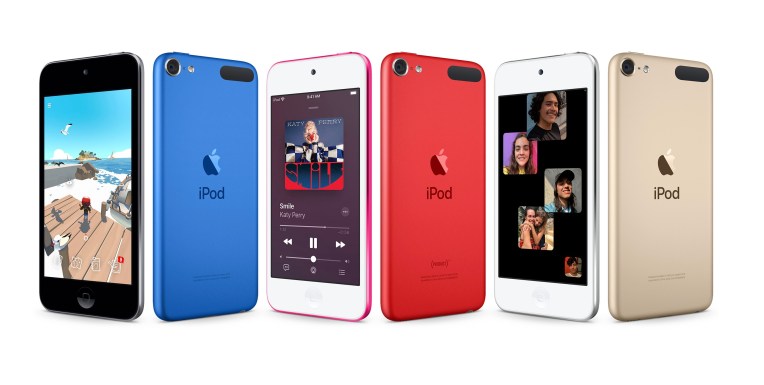 Last October marked 20 years of the iPod. It’s a remarkable run in the cutthroat, always-iterating world of consumer electronics. And while it’s undoubtedly true that life hasn’t been particularly for the music player in a product lineup that includes various iPhones and iPads, the beloved music player has somehow managed to hang on.

That is, until today.

Apple this morning announced that the iPod dead. That is, as much as a particular gadget can ever be dead. Rather, it will shuffle off this moral coil slowly, remaining for sale while supplies last. So if you were considering purchasing one for any reason, buy now or forever hold your peace.

The iPod’s death has been a protracted one. I can hear those “the iPod was still around” posts clogging up the comments section as I type this. The iconic clickwheel model, which later gave rise to the Classic was discontinued back in 2014. The Shuffle and Nano, meanwhile, were killed off three years later. Until today, the seventh generation iPod Touch stubborn clung to life, three years after its debut.

The first iPod debuted on stage in the hand of Steve Jobs on October 23, 2001. “With iPod, Apple has invented a whole new category of digital music player that lets you put your entire music collection in your pocket and listen to it wherever you go,” he noted at the time. “With iPod, listening to music will never be the same again.”

In the age of ubiquitous smartphones and Spotify, it’s hard to impress upon people how revolutionary the promise of 1,000 songs in your pocket ultimately was. All of that was packed onto a tiny 5GB Toshiba hard drive and plugged into a Mac via FireWire cable.

Without the iPod, there’s no iPhone, no iPad. Last week, iPod and iPhone co-creator Tony Fadell walked us through that direct connection.

“[Jobs] had very clear views on things — until they weren’t clear,” he told TechCrunch “Or it became very clear that they wouldn’t work. He pushed us very hard on making the iPod Plus Phone work. We worked weeks and weeks to figure out how to do input with the click wheel. We couldn’t get it, and after the whole team was convinced we couldn’t do it, he was like, ‘keep trying!’ At some point we all said, ‘no, it isn’t going to work.’”

When the iPhone arrived six years later, it ditched the clickwheel for a touchscreen, though the company was still attached enough to keep that iconic input device alive through the iPod Classic. 2007 also saw the debut of the iPod Touch, which drew upon the iPhone’s touchscreen design. That same year, the company announced that it had sold its one-hundred millionth device.

Apple used the bittersweet occasion to mourn the device’s end-of-life, while plugging products that will keep that flame burning.

“Music has always been part of our core at Apple, and bringing it to hundreds of millions of users in the way iPod did impacted more than just the music industry — it also redefined how music is discovered, listened to, and shared,” Greg Joswiak said in a releas. “Today, the spirit of iPod lives on. We’ve integrated an incredible music experience across all of our products, from the iPhone to the Apple Watch to HomePod mini, and across Mac, iPad, and Apple TV. And Apple Music delivers industry-leading sound quality with support for spatial audio — there’s no better way to enjoy, discover, and experience music.”