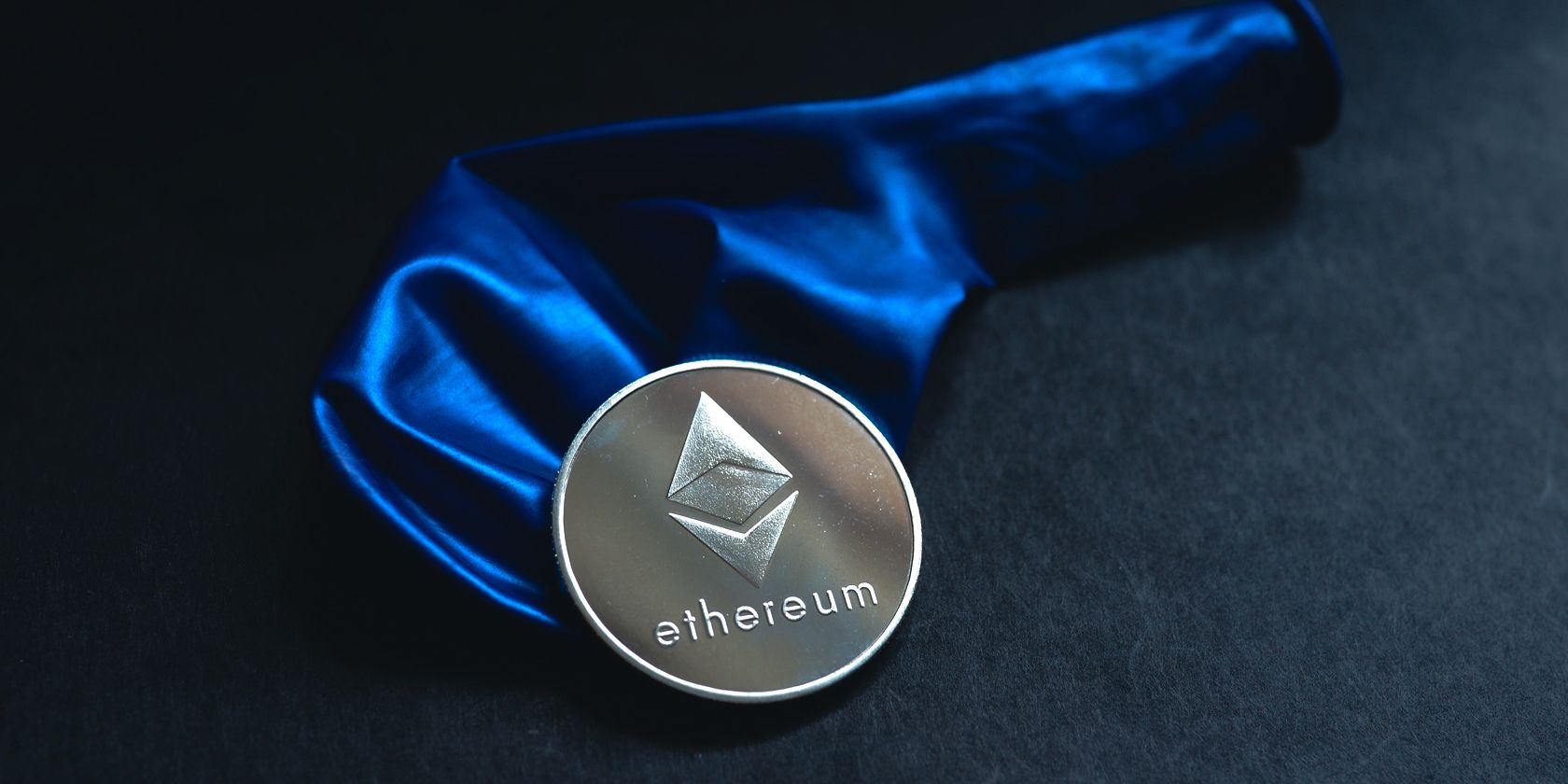 Like with traditional computer networks, every blockchain protocol has a different capacity tolerance. There is only so much traffic they can take before they become congested. In turn, this traffic overload results in high transaction fees, especially when it comes to the largest smart contract platform—Ethereum.

The solution to this network congestion problem is simple—layer 2 networks attaching to Ethereum’s core, layer 1 chain. These L2 scalability solutions act like roads connecting to Ethereum’s highway, offloading traffic so that it runs smoothly and affordably. Here, we’ll look at some of the most popular Ethereum L2 scaling solutions, commonly called sidechains.

By far, Polygon is the most widely adopted layer 2 solution for Ethereum. Unlike Ethereum, which is limited to 13–17 transactions per second (TPS), Polygon can execute up to 7,000 TPS, making it comparable to Visa.

As a proof-of-stake (PoS) network—to which Ethereum is transitioning soon—Polygon relies on MATIC tokens to verify transactions. Therefore, those who hold MATIC tokens can become the network’s validators, earning a cut whenever a transaction occurs. This process is called staking.

Likewise, MATIC holders can delegate their MATIC stash to trusted validators, serving the same purpose but indirectly. That’s why they are called delegators. Either way, staking MATIC yields up to a 9.5% annual percentage rate (APR). This is far beyond the national average offered by banking savings accounts at 0.06%. Polygon’s calculator shows exactly how much one can earn with MATIC staking.

However, Polygon’s TVL (total value locked) is far beneath Ethereum itself, at $4 billion. Nonetheless, those who wish to avoid Ethereum’s expensive transaction fees can look forward to drastically lower gas fees.

Because of this, hardly a week goes by without Polygon partnering up with another web3 company. Two of the most popular NFT marketplaces, OpenSea and Rarible, have already extended their blockchain support to Polygon, which is great news for NFT traders.

Arbitrum has gained much popularity in a very short time since its launch in May 2021. At this pace, it may even outcompete Polygon with the current TVL at $3.3 billion. Interestingly, the company’s founder that developed Arbitrum, Offchain Labs, is none other than former White House Deputy Chief Technology Officer, Ed Felton.

Unlike Polygon, Arbitrum doesn’t have its own token. Therefore, it doesn’t have a staking mechanic. Instead, Arbitrum uses Ethereum’s main chain to verify transactions. For this reason, Arbitrum’s gas fees are somewhat higher than on Polygon but still significantly lower than on Ethereum.

On the other hand, the fact that Arbitrum is secured by Ethereum means that it mirrors Ethereum’s decentralization with a much larger TVL pool. With that said, Arbitrum is not yet suitable for investors who prefer to withdraw their crypto assets. Due to its confirmation protocol, it takes two weeks to withdraw funds, while it takes only three hours to do the same with Polygon.

Yet, much is expected of Arbitrum because it has its own Arbitrum Virtual Machine. This is the framework powering its smart contracts, just like EVM (Ethereum Virtual Machine). At first glance, this may seem like a problem, but it is a benefit because it doesn’t rely on Ethereum if it significantly changes its consensus protocol.

As such, Arbitrum beats Optimism in the L2 race. Furthermore, importing DApps from AVM to EVM is an easy and automatic process. This is why Arbitrum has no trouble attracting DApps every month. Presently, Arbitrum offers all the major DApps one would need.

Loopring uses zero-knowledge (ZK) rollups to stand out from the L2 herd. Rollups just mean that L2 networks scoop up Ethereum’s main chain (L1) data and feed it back in a compacted format. Both Arbitrum and Optimism rely on optimistic rollups to accomplish this. However, as their name implies, optimistic rollups count on all network participants to act in good faith.

Loopring takes a different approach with ZK rollups. Without going into cryptography minutia, this means that transactions are verified without other parties revealing their identity. The ZK approach also results in greater data throughput because its type of rollup significantly reduces transaction volume.

Another ZK benefit is that there is no lengthy challenge period because transaction validity is inherent. Therefore, withdrawal time is faster than both Polygon and Arbitrum. With these upsides, Loopring also has its own stakeable token called LRC.

However, unlike a more universalist platform like Hermez, Loopring focuses on providing a cheap and super fast ramp for payment DApps, in addition to being a decentralized exchange (DEX). Yet, because Loopring offers up to 2,025 TPS, fast withdrawals, and 100x lower gas fees than Ethereum, it has become more popular.

Lastly, Loopring got its name because of its unique circular trading system for its DEX—order rings. Each order ring consists of up to 16 individual orders. This way, orders don’t need to directly match up between buyers and sellers to be executed. The end result of this system is better market liquidity and price discovery.

Founded by young Australian brothers Robbie and James Ferguson, Immutable X has become the go-to L2 network for NFT marketplaces. As the first sidechain specialized in NFT trading, Immutable X doesn’t charge any gas fees and provides an amazing transaction speed of up to 9,000 TPS with instant confirmation.

But how does Immutable X achieve this amazing performance at zero fees, making it so attractive?

In short, Immutable X partnered with StarkWare, a company specializing in upscaling blockchain without compromising security. Specifically, they have developed StarkEX, a validity-proof rollup, and StarkNet, a permissionless decentralized ZK-rollup. Validity-based proofing means that crypto/NFT assets cannot be traded without the user’s specific permission.

At the same time, StarkNet bundles together massive batches of transactions on Ethereum’s chain, rolls them up to off-chain using zero-knowledge proofing, and feeds them back to Ethereum as single transactions with a set fee cost, paid by Immutable X. Lastly, Immutable X is easy to access with a simple MetaMask wallet. Hence, users don’t need to do anything extra for platforms that have integrated it.

Lastly, for Ethereum traders wondering how to minimize simple transactions, such as token transfers, there is xDai, currently also known as the Gnosis chain due to an ongoing merger. This layer 2 scalability network does the job as good as Immutable X, making NFT trading super affordable.

Note that xDai is not only a decentralized sidechain but also a stablecoin pegged to the USD. Thanks to its proof-of-stake consensus, users can stake their xDai to secure the network in exchange for a reward any time other traders execute transactions.

To illustrate the performance of xDai, one only has to recall how it became popular. In February 2019, ETHDenver—the world’s largest web3 hackathon—used xDai with a Burner Wallet to distribute 11 food trucks, or 4,405 meals costing $38k. The fee for the entire event was an incredible measly 20 cents.

Likewise, xDai transactions take under 5 seconds to complete, compared to minutes on Ethereum. Thanks to this performance, xDai partnered with various platforms, including SushiSwap, Unifty, Chainlink, CardStack, HOPR, Ankr, and Ramp Network.

In conclusion, L2 networks have proven their merit in no uncertain terms. They retain Ethereum’s blockchain security while offering users a convenient way to avoid prohibitive ETH gas fees at fast speeds.

However, Ethereum will undergo a major overhaul to become a fully proof-of-stake network in the upcoming months. According to the Ethereum Foundation, this alone will reduce its carbon footprint by 99%.

Nonetheless, that doesn’t mean that Ethereum 2.0 will render L2 networks redundant. As the most popular smart contract blockchain, there is no amount of upgrades it can do to negate the traffic overload entirely. This puts L2 protocols in a symbiotic relationship with Ethereum, while the end-user only needs to have a commonplace browser wallet like MetaMask to take advantage of them.

12 Unnecessary Windows Programs and Apps You Should Uninstall
Related Topics

Rahul Nambiampurath started his career as an accountant but has now transitioned into working full-time in the tech space. He is an ardent fan of decentralized and open source technologies. When he’s not writing, he’s usually busy making wine, tinkering with his android device, or hiking some mountains.