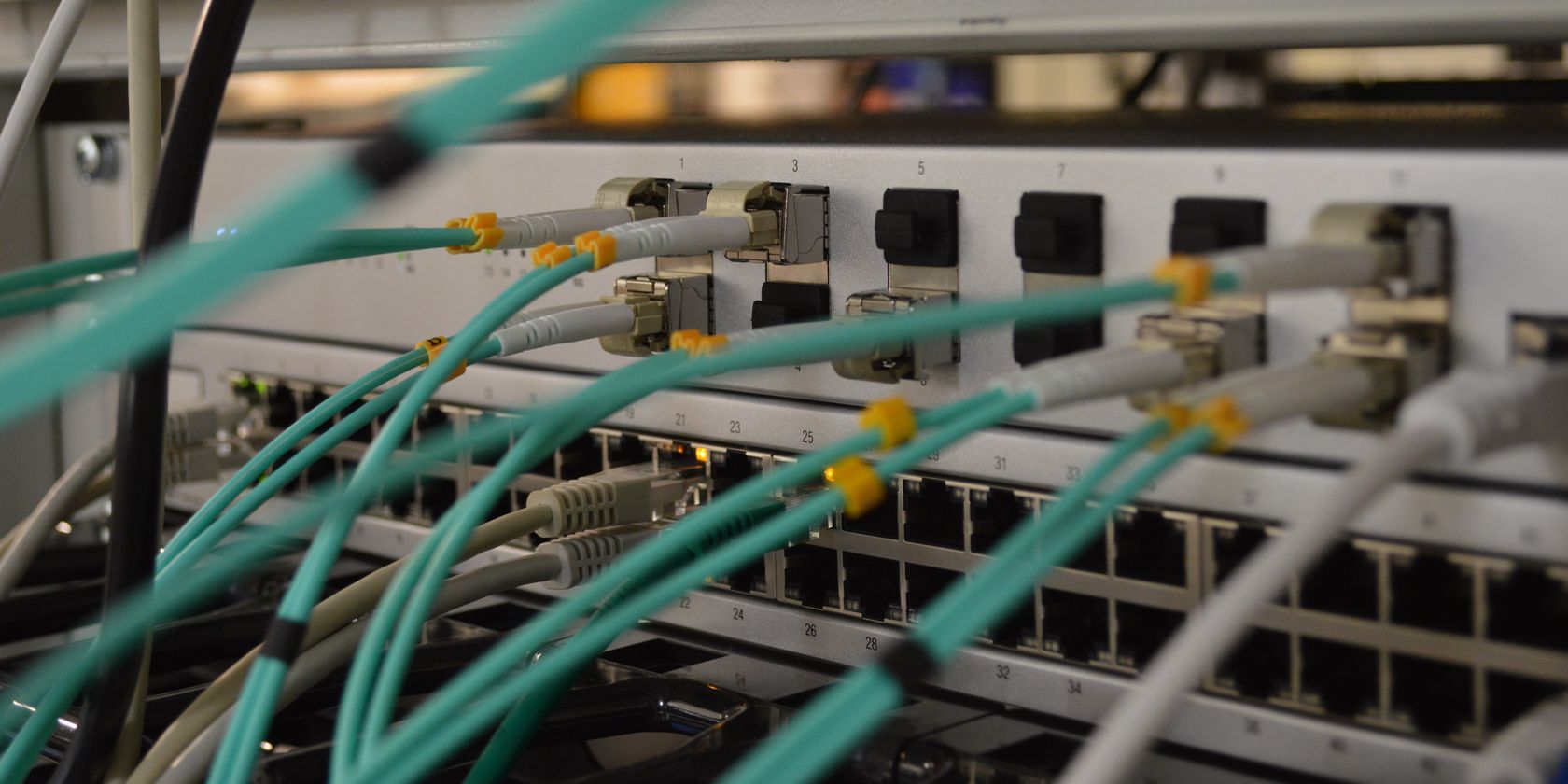 With the increasing number of internet-capable devices within a modern household, the need for more LAN ports is a common problem. Although Wi-Fi access points take care of mobile devices such as phones and tablets, a wired connection is still prefered for computers, game consoles, smart TVs, and important IoT devices expected to work 100% of the time.

Routers often have three to five LAN ports. But, what if you need more? This is where a nifty device known as a network switch comes into play. Let’s talk about it!

What Is a Network Switch?

A network switch is a multiport network bridge that forwards data packets through a hardware address (MAC) on client devices. Some specialty switches also relay data through the network layer (IP), further adding more control and functionality to the network.

Basically, a network switch is a device that you connect to a router to provide more LAN ports, so you can add more internet-capable devices to your network.

A network switch is also often used to organize many client devices (computer, smart TV, gaming console, IoT device, etc.) within a larger network setup. Having an organized cluster of smaller networks on a bigger network can help you manage your entire setup faster, provide better security, and reduce single points of failure within the system.

An unmanaged network switch is a switch that operates at layer 2 (data-link layer) of the OSI model, using MAC addresses to forward data packets to the intended client device. An unmanaged switch is an effective and low-cost option for home setups on a budget. It is a plug-and-play device that doesn’t need any further configuration. If you plan to build a home network setup, chances are an unmanaged switch is all you need.

Here is a picture of the common unmanaged switch you typically find at home:

As for businesses and larger smart home setups, adding a managed switch will allow you to configure your network in a faster and more convenient way.

A managed switch is a network switch that operates on the third layer (network layer) of the OSI model. It can forward data packets through MAC addresses while also having the ability to do route data through an IP routing table, allowing better control of the entire network.

Here is a picture of an enterprise-level managed switch:

Since 2003, PoE (Power over Ethernet) has been used on various network devices. Today, some network switches offer PoE capabilities that make installing IoT devices and other hardware faster, easier, and safer.

PoE is a mode of delivering DC voltage to low-wattage devices through a LAN cable or, more specifically, an Ethernet cable. Through a PoE-capable network switch, low-power devices connecting to the switch will no longer need a dedicated power supply. This eliminates the need for more power outlets, reduces the number of cables, and makes the installation look neat when hiding cables is not possible. A PoE-capable switch is also safer as the power output is low and intelligently controlled, allowing non-professionals to install devices themselves.

There are currently two PoE standards in the market. They are PoE and PoE Plus. The only difference between the two is based on their maximum power output. Regular PoE can output a maximum of 12.95 watts, while PoE Plus can output up to 25.5 watts. Even with regular PoE, there are man devices you can power, such as an IP camera, a Raspberry Pi, a small speaker, and various home sensors.

If you have ever been on the market for a network switch, you might have been confused about why switches can have radical price differences. You may have seen network switches with the same number of ports with significant price gaps, or even that an 8-port switch is more expensive than a 16-port switch.

Aside from the things discussed earlier, another big factor in price is port speeds. RJ45 cables (Ethernet cables), routers, modems, and your subscribed internet speed comes in different bandwidth capabilities. So, to ensure you don’t create a network bottleneck, you need to use the right cables, connectors, and ports throughout your home network.

Here is a table for commons port speeds used today:

If you are on a tight budget, having a switch with an uplink port/s should save you some money. All switch ports don’t necessarily need to have the same speed; some can be faster, and others slower. What’s important is the port connecting to your router and server has to be the fastest.

Which Network Switch Is Right for You?

A network switch is one of the basic networking devices commonly used in various network setups. If you plan to set up a local network with the safety and reliability of a cabled connection, finding the right network switch is something you should consider.

Your first consideration is often how many ports you need. You might only need a few right now, but what if you need more in the near future? Always buy a switch with more ports than you need.

After deciding on the port number, you might also need to consider how fast each port the switch has to be. A switch full of gigabit Ethernet ports may be appealing, but it is also pricey. Consider buying a switch with a single or a couple of gigabit uplink ports if you really need the faster bandwidth. Having a switch with only a few fast Ethernet ports is usually fine with home setups.

You could then decide if you need a managed or unmanaged switch. If you are building a budget home network, and you are not technically inclined in networking, then one or two unmanaged switches should suffice. For larger enterprise networks, you’ll always need a combination of both managed and unmanaged switches.

Lastly, consider if your switches need to be PoE capable. If you are building a smart home equipped with home sensors, surveillance cameras, and a whole host of IoT devices, then having a PoE-capable switch is necessary. A regular switch will do if you’re only making a simple network on a budget.

6 Diagrams to Base Your Home Network On for Full Connectivity

Craving to learn how things worked, Jayric Maning started tinkering with all kinds of electronic and analog devices during his earlier teens. He took up forensic science at the University of Baguio to where he got acquainted with computer forensics and cyber security. He is currently doing lots of self-study and tinkering with tech figuring out how they work and how we can use them to make life easier (or at least cooler!).