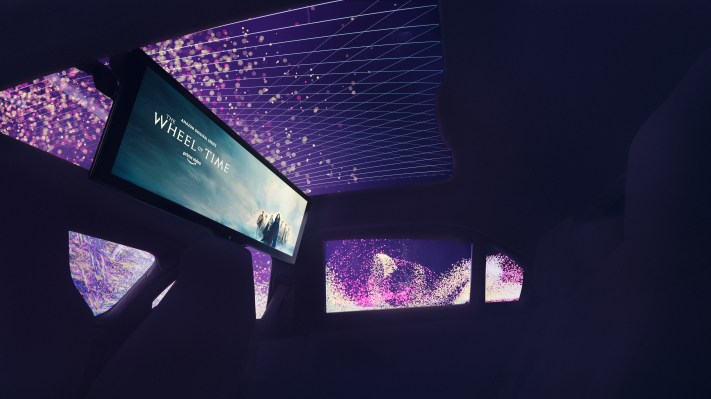 After fitting some of its cars with comfy lounge chairs at CES 2020, BMW today unveiled the next step in its in-car entertainment story: a 31-inch 8K smart TV with support for Amazon’s Fire TV service (with a country-specific streaming service for China in the works, too). This new 32:9 “My Mode Theatre” screen for rear passengers, combined with a Bowers & Wilkins Diamond Surround Sound System, is meant to give passengers a cinema-like experience while they cruise down the highway.

With its 5G connection, the car will be able to stream the latest shows on demand, while BMW’s My Mode system will set the mood for binge-watching the latest episodes of The Expanse. For now, there isn’t a lot of 8K content to watch — and Fire TV doesn’t support it yet — but at least your car will be ready for it when that time comes. 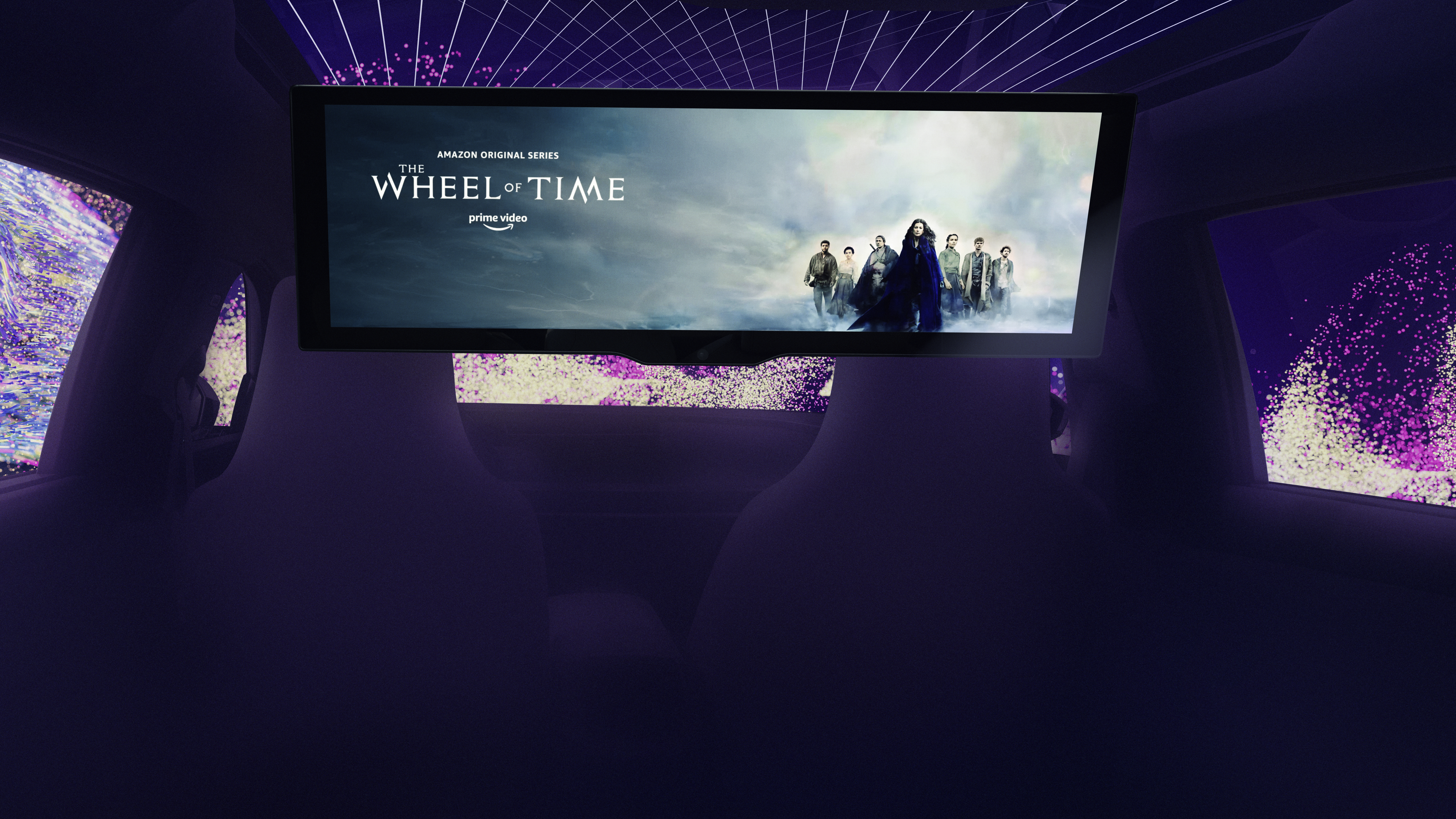 And because you don’t always want a giant screen blocking your view, the screen is extended out of the headliner on request. The touch controls to do so are built into the rear doors.

“We develop immersive, digital experiences for sheer driving pleasure,” Frank Weber, member of the board of management of BMW AG Development, said in today’s announcement. “In Theatre Mode, the rear of the interior is transformed into a private cinema lounge. With the 31-inch display, 5G connectivity, 8K resolution, surround sound and individual streaming program, an unprecedented experience is created that sets new standards for in-car entertainment.”

To set the mood in the car, whether for movie watching or anything else, BMW’s latest iDrive displays and operating system these days feature My Mode, which changes the driving and transmission controls to change the car’s overall driving behavior, as well as the theme of the displays, sounds and overall lighting in the car based on your personal preferences. 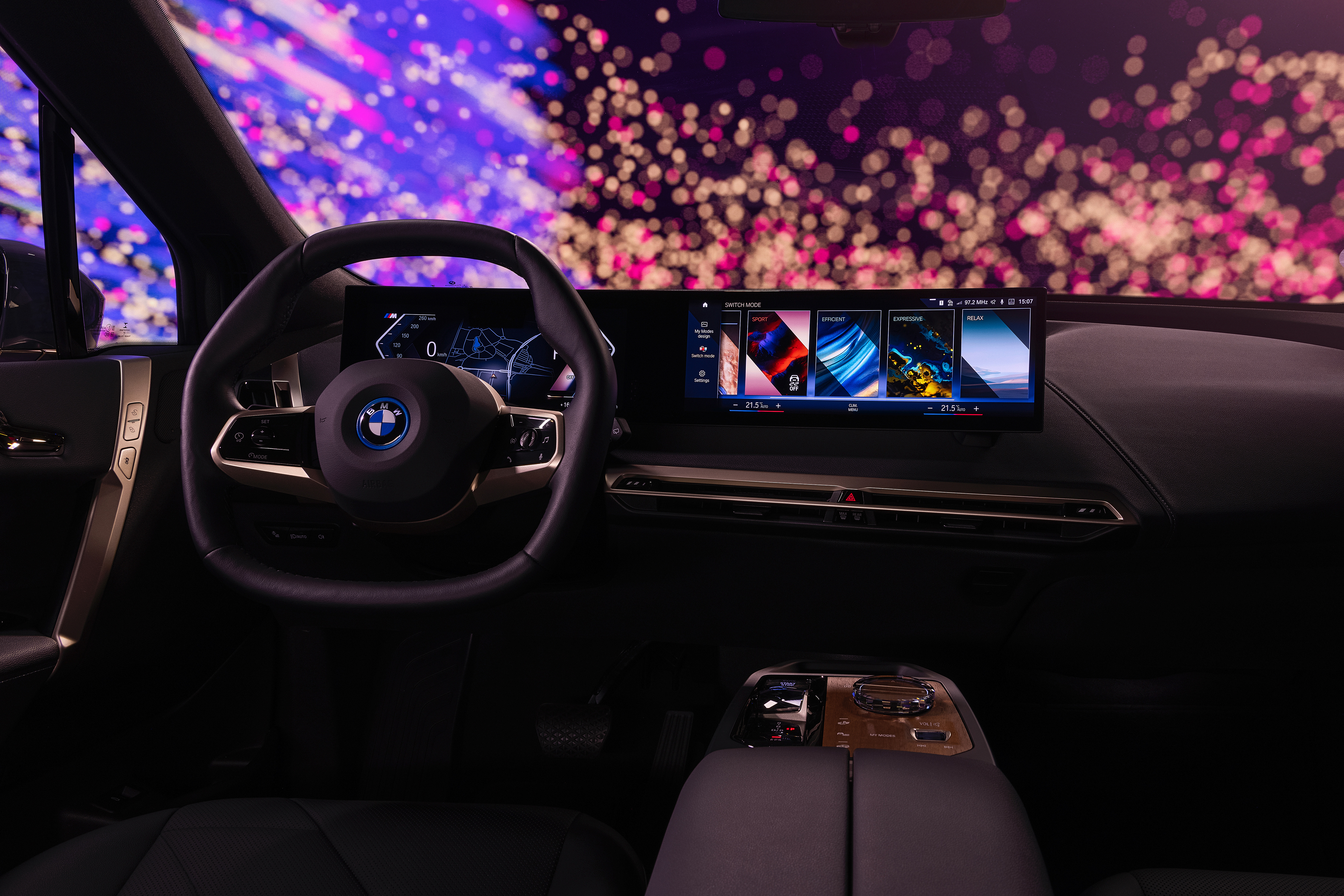 Until now, the available modes were “Efficient,” “Sport” and “Personal,” but at CES today the company also introduced a few new variants: “Expressive,” “Relax,” “Digital Art” and — for watching movies — “Theatre.” These new modes will roll out in the second half of the year and for most of these new modes, we’re mostly talking about theming the car more than changing its driving characteristic.

For the digital art mode, BMW partnered with Chinese multimedia artist Cao Fei, who created new artwork for the launch that is meant to symbolize” the deep connection of humankind and nature.” 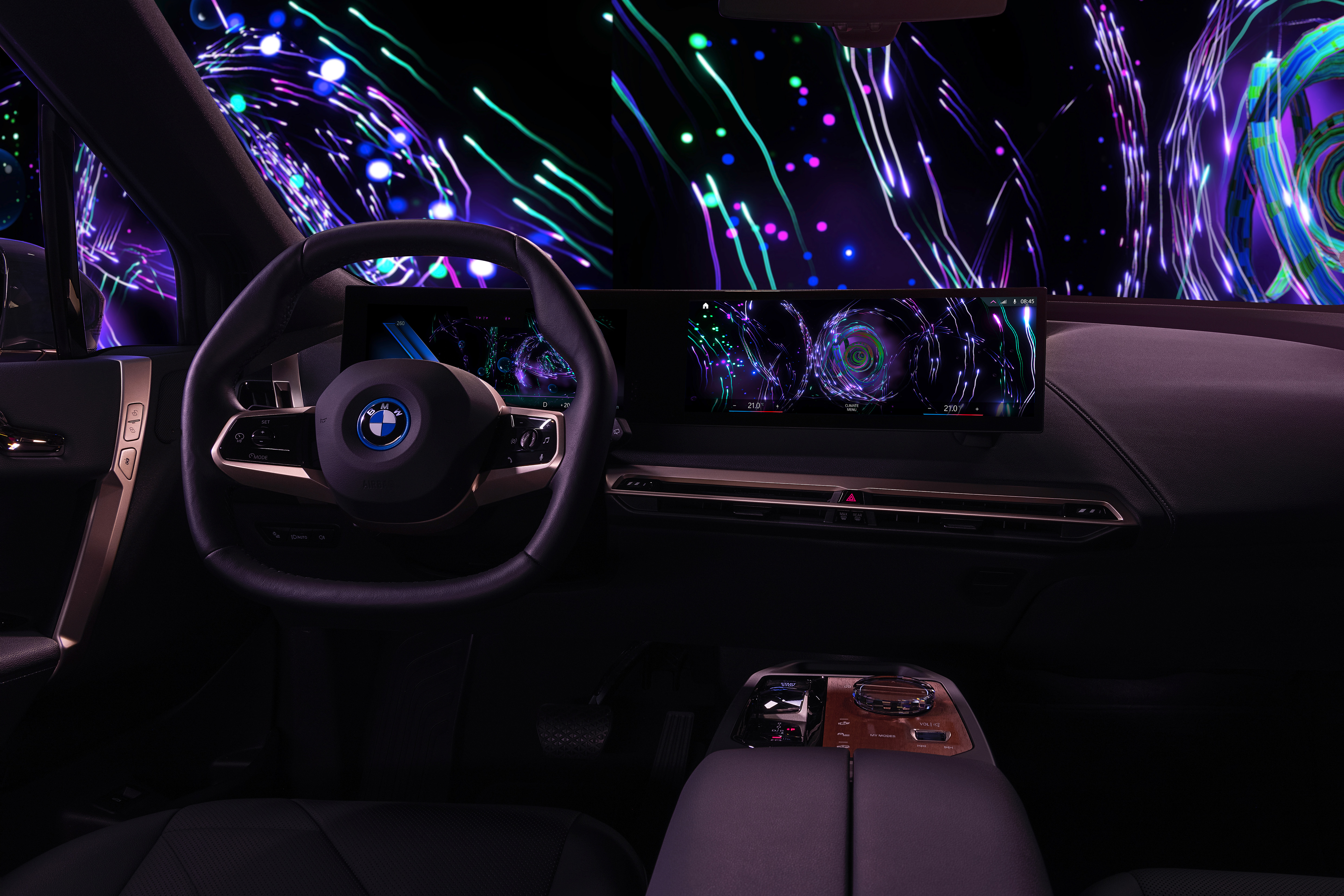 Meanwhile, for its sound design, BMW has once again partnered with film music composer Hans Zimmer to create specific sounds for its electric fleet. BMW IconicSounds Electric will make their debut in the BMW i4 in the first half of 2022 and the BMW iX in the second half of the year, and will be available as an over-the-air software update. 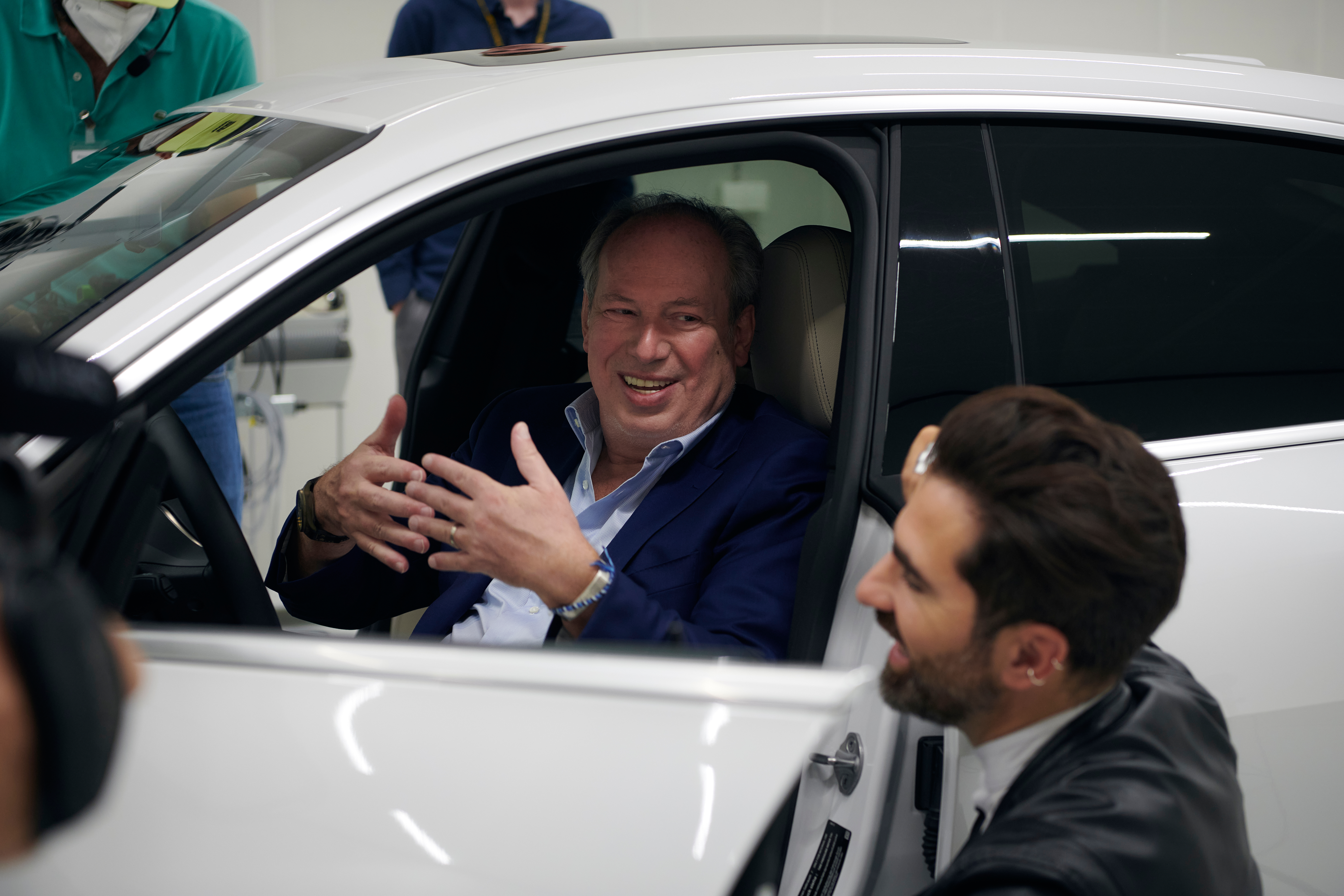