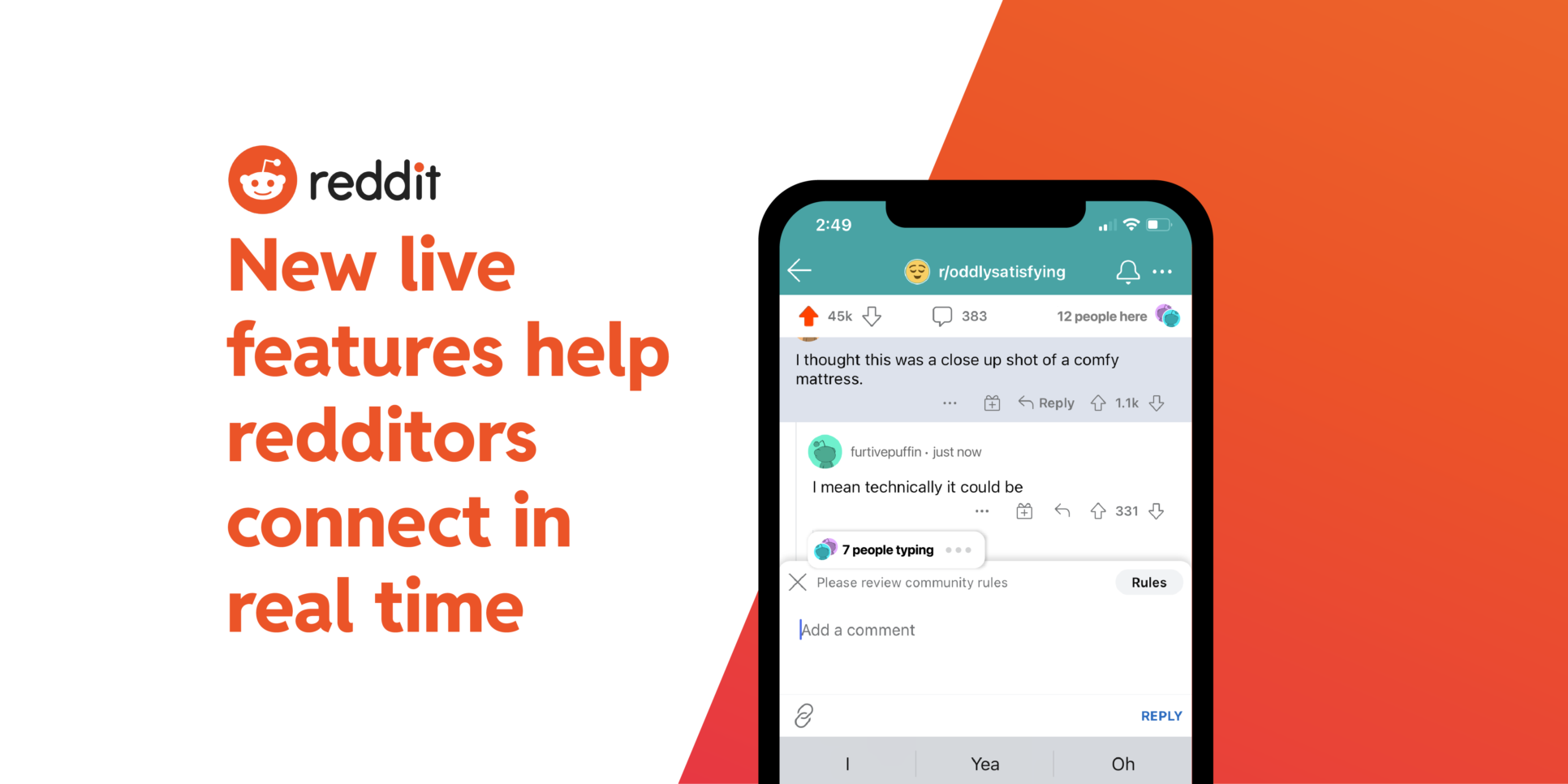 While Reddit has long been known for its reliable forum-type setup, it underwent a facelift aimed at increasing the platform’s interactivity in December 2021.

But, how exactly will it work?

In a blog post on 1 December, Reddit announced three new interactive features which will be available on desktop alongside its iOS and Android apps:

The company said that these features are aimed at making the platform “look and feel more lively and in the moment”.

Related: What Is Reddit and How Does It Work?

Previously, upvotes on posts on the Reddit feed were static numbers that only changed when you refreshed the page or clicked through to the post from your feed. With the update, these votes will go up or down in real-time with an accompanying animation.

While it doesn’t really change the numbers themselves, it does add a sort-of game-like experience. Not only does this encourage users to press the up and downvote buttons, but it also plays well into Reddit’s existing Karma feature.

Comment numbers will also have a similar animation, such as going up when more Redditors join the conversation.

But if you find this new Reddit feature distracting or unnecessary, don’t worry. You can also turn off the voting and comment count animations under user animation settings.

With its update, Reddit also introduced interaction indicators for the first time on its platform. Typing indicators will now appear on top of its comment box in the form of anonymous avatars.

Similarly, a reading indicator also appears when more than five Redditors are reading a post at a time. On the lower left portion, the number of readers who are currently on the post will appear alongside their anonymous avatars.

In many ways, the introduction of interaction indicators such as typing and reading can encourage users to participate in ongoing discussions. Similar to how messaging platforms show if someone is typing or reading your message, this new feature can make commenting on Reddit feel like being part of a group chat.

Related: How to Search Reddit Effectively: Useful Tips and Tricks to Know

Once users click the new comment pill, the comment section will automatically sort itself to highlight comments as they are being posted. Through this feature, Redditors can easily stay updated or join in on a quick-fire discussion.

Related: The Top 10 Highest-Rated Reddit Posts of All Time

The introduction of this comment pill feature is also a change from its usual way of ordering comments. Instead of highlighting the posts with the highest number of net votes first, this new comment pill encourages real-time, chronological sorting.

Coming soon after the launch of its updated camera tools, Redditors are likely going to experience more ways to not just create content in real-time, but also to engage with it. By implementing these new interactive features across its various channels, Redditors can enjoy a more dynamic social media experience.

If you’re not a fan of the changes, you can always opt out of the animations to return to a more traditional Reddit format.

Reddit has decided to give its users more tools to create their video content. Let’s look at the updated features users can enjoy.

Quina spends most of her days day drinking at the beach while writing about how technology affects politics, security, and entertainment.

She is primarily based in Southeast Asia and graduated with a degree in Information Design.