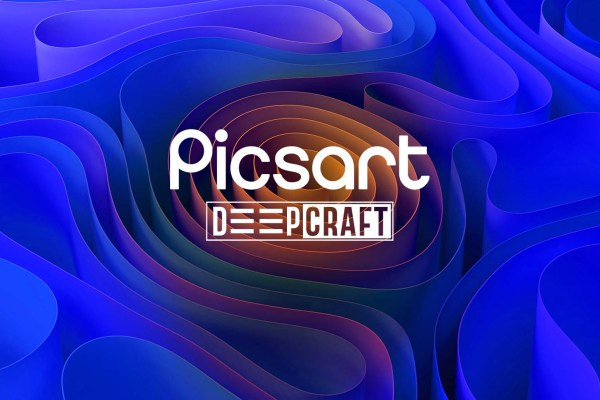 SoftBank-based digital creation platform Picsart, which recently hit uniciorn status, announced today it’s acquiring the research and development company DeepCraft. The deal is a combination of both cash and stock and is in the seven-figure range, but the exact terms aren’t being disclosed.

Picsart today offers a range of digital creation and editing tools aimed at both consumers and professionals alike that make photo and video editing more fun and approachable. The company believes DeepCraft’s A.I. technical talent and its breakthroughs in computer vision and machine learning will enhance Picsart’s own A.I. technology and help the company better support the recent growth of video creation on its service. The team will also help to complement Picsart’s A.I. research and development arm, PAIR (Picsart AI Research) with additional senior resources, the company says.

Founded in 2017, Armenia-based DeepCraft specialized in video and image processing and was the country’s first unicorn. Its co-founders, Armen Abroyan (CEO) and Vardges Hovhannisyan (CTO) have spent more than 20 years in A.I. and machine learning, and are well-known in their local community for their expertise. Abroyan previously held positions as the Deputy Minister for the Ministry of High Tech Industry Republic of Armenia, Lead AI Architect at RedKite, and Senior Software Developer at Synopsys. Meanwhile, Hovhannisyan spent 13 years as a senior R&D engineer at Synopsys.

At DeepCraft, the team worked with a number of clients on a contract basis, including Krisp, PatriotOne, and even the Armenian Government. This work has wrapped up and the team will now begin working from Picsart’s offices in Yerevan. In total, the full DeepCraft team of eight senior machine learning and video engineers will be joining Picsart as full-time employees, as a result of the deal.

Picsart had first entered the video market in 2018 with the acquisition of EFEKT (previously D’efekt), and has seen usage surge in recent years — particularly as its app has been adopted by social media creators and e-commerce shops which use video. So far in 2021, PicsArt has seen more than 180 million videos edited in its app — a 70% increase year-over-year. It now offers thousands of effects and dozens of video editing tools, and plans to grow this lineup as A.I. and cloud technology evolves, it says.

With DeepCraft, Picsart is particularly interested in how the team’s skillset and technology expertise can help it move forward with its support of video, which the company says will be a significant focus in 2022.

However, Picsart is not acquiring specific IP from DeepCraft as part of this deal, the company told TechCrunch.

PicsArt already had a relationship with DeepCraft ahead of the deal as the two had been collaborating on various technology developments.

“DeepCraft is a unique team of deep technology engineers, and we’ve already been working with them to build our core technologies for over a year,” said Picsart co-founder and CTO Artavazd Mehrabyan. “As we invest even further into advancing our video capabilities, we are confident the DeepCraft team will play a significant role in building the future of video,” he added.

The DeepCraft deal is the first acquisition from Picsart since raising its $130 million Series C round in August led by SoftBank’s Vision Fund 2. The round lifted the company to unicorn status, up from its prior valuation of around $600 million in 2019.