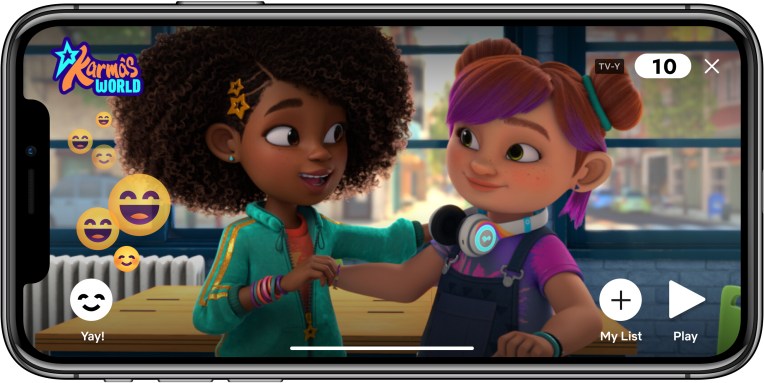 Earlier this year, Netflix launched a TikTok-like “Fast Laughs” feature in its app, offering short-form funny videos that would introduce members to its comedy programs, stand-up specials and more. Now, the company is developing a similar feature for kids with a Kids Clips feature discovered inside the app and confirmed by Netflix as launching this week.

The feature was discovered by developer Steve Moser, and first reported by Bloomberg. Moser additionally confirmed his findings to TechCrunch, noting he found references to the addition inside the Netflix iOS app. According to the description in the app’s code, the kid’s clips feature is described as a way for younger users to watch “funny, silly, and musical short-form clips from TV shows & movies.” (A prior version of the feature appeared to reference the “Clips” as “Bits,” but that has since changed.)

The streamer had earlier explained its interest in short-form video content was to function more of a discovery feature that would introduce members to its catalog’s content in a “fun, fast, and intuitive” way. However, the similarities between the existing “Fast Laughs” feature for adults and the TikTok app are striking — both include a full-screen vertical video feed and engagement buttons stacked on the right side allowing users to react, share, and more. But unlike TikTok, adult users can’t comment on the content. Instead, a button allows users to add interesting titles to their Netflix list of things to watch. 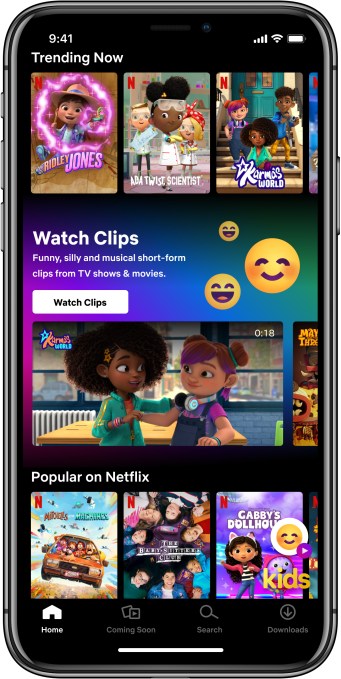 Instead of offering a TikTok-like vertical video feed, the kid’s feature will show horizontal videos that appear in a full-screen window, not within a tab. The clips will autoplay, but parents can disable this in their settings, if they choose. The selection of clips will refresh daily, and will focus on existing shows on the service, not trailers, pulled from the full kids’ catalog. However, if the kid’s profile is set to specific maturity settings, the kids’ clips feature will mirror those settings, Netflix said.

At launch, the feature will be limited to 10 to 20 clips and will display a countdown showing the number of clips in the upper right-hand corner of the screen.

A rep for Netflix said it hopes the new clips feature will help kids to discover new content as well as connect them with their favorite rewatch moments. 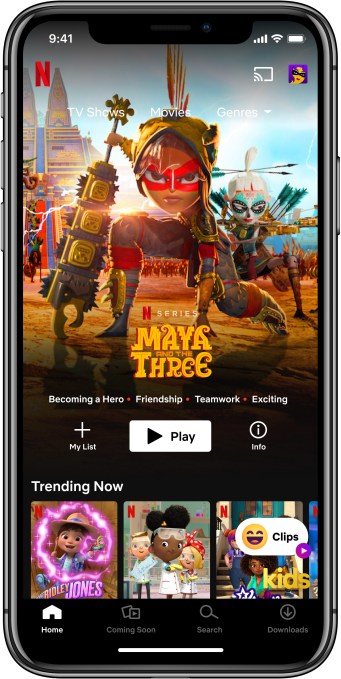 While the feature’s goal may largely be tied to catalog discovery, it’s also true that video apps like TikTok are acquiring more and more of users’ time on mobile devices. Last year, one report found TikTok was being used nearly as much as YouTube in the U.S., for example, at 80 minutes per day versus YouTube’s 85 minutes for kids ages 4 to 15.

The new addition isn’t the first time Netflix has borrowed ideas from social media. In earlier years, Netflix added its own “Stories” feature called Previews, which introduced users to new shows and movies.

The feature will only be available on iOS as it rolls out, and is still considered a “test” at this time, Netflix said.