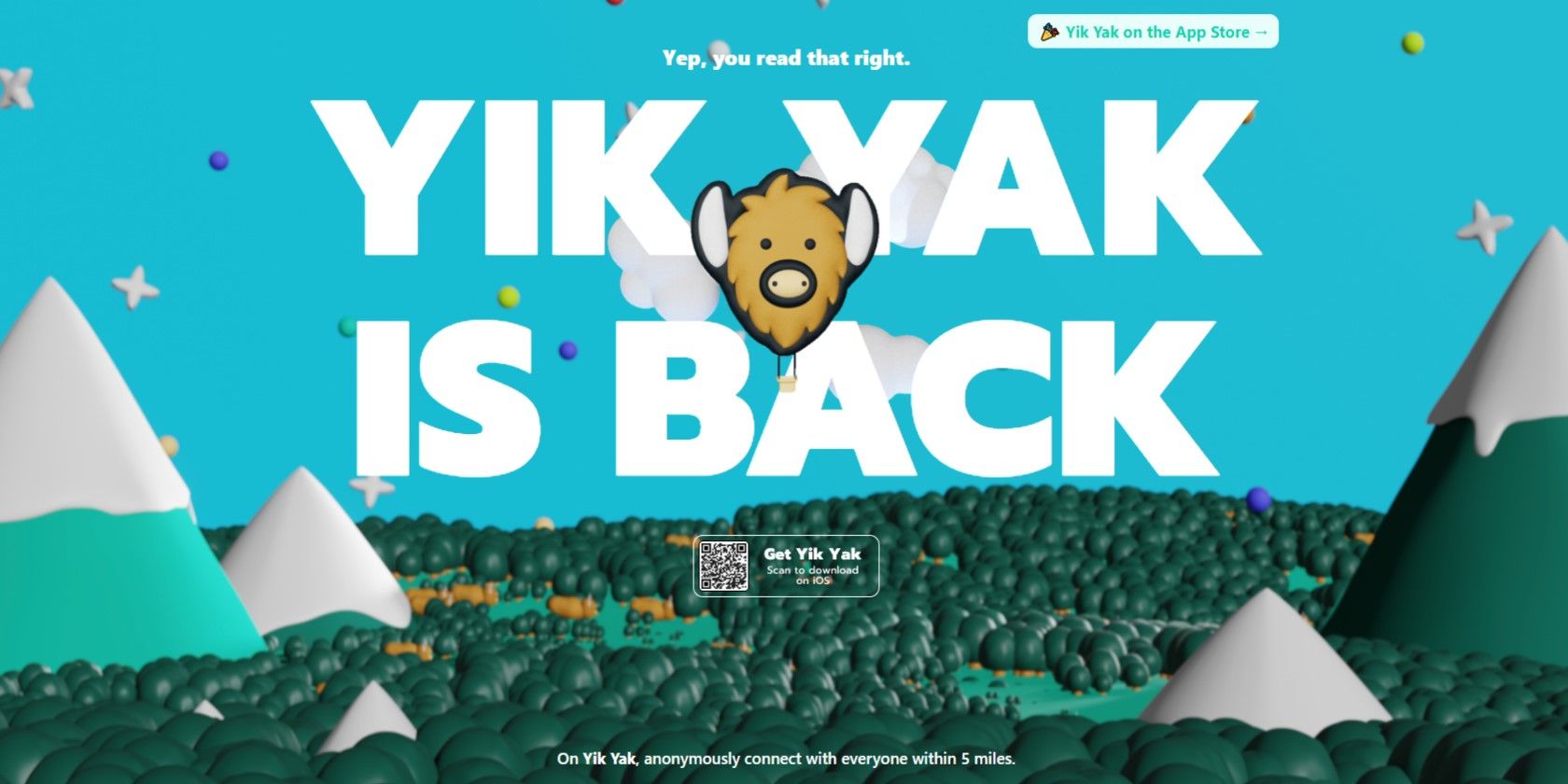 Yik Yak was in its prime in the mid-2010s, living on in the memory of many high school and college students who got to experience all the inside jokes and shenanigans that went on in the app.

The anonymous messaging app shut down in 2017, and we thought it was gone for good. But now, all that’s changed—Yik Yak is officially back.

If you missed having access to ultra-local chatter, you’ll be happy to hear that Yik Yak is making a return. Yik Yak announced on Twitter that after four long years, the app is now available again on iPhone.

After its release in 2013, Yik Yak became wildly popular among the younger crowd, mainly because it allowed users to make posts anonymously, and limited conversations to a local level. You had access to anonymous communities within a five-mile radius of your location, where you could either make your own posts, or upvote and downvote others.

Despite its hiatus, the app will function the same way it used to, letting you tap into any new community that you may come across.

Turning Over a New Leaf

Yik Yak had a fairly short run from 2013 to 2017, but in that time period, it gained a fairly poor reputation. As expected with any anonymous social platform, bullying and harassment quickly became an issue.

Its owners shut down Yik Yak in 2017, mostly due to the controversies that transpired, as well as the fact that many of its users migrated to Snapchat. Square bought a portion of Yik Yik’s intellectual property after the shutdown, and the app has been silent up until now.

Yik Yak’s new owners promise to prevent bullying and hate speech from appearing on the app. A post on Yik Yak’s website highlights the app’s new approach to this kind of content, noting that “on the new Yik Yak, it’s against the Community Guardrails to post bullying messages or use hate speech, make threats, or share anyone’s private information.”

Yik Yak is returning with some pretty solid rules, so the app likely won’t be the free-for-all that it used to be. But if Yik Yak wants to rebuild its reputation, it will have to prove its commitment to safety.

Some people don’t believe in anonymity, but without it, lives can be ruined forever. Here’s why you need online anonymity.

Emma is a Senior Writer and Junior Editor for the Creative section. She graduated with a Bachelor’s degree in English, and combines her love of technology with writing.