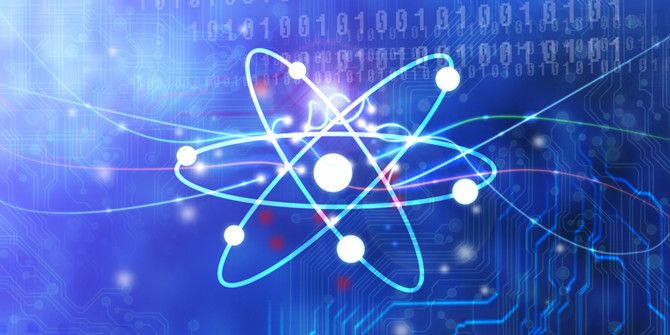 Quantum physics has already impacted our lives significantly. The inventions of the laser and the transistor are in fact a consequence of quantum theory – and since both these components are a basic building block of every electronic device around today, what you are witnessing is basically, “quantum mechanics in action”.

Having said that, the quantum industry is now set to revolutionize the computing world as substantial efforts are being made to harness the true power from the quantum realm. Quantum computing could find applications in diverse sectors such as security, healthcare, energy and even the entertainment industry.

The history of quantum theory dates back over a century. However, the current quantum buzz is due to recent research findings that suggests, uncertainty, an inherent property of quantum particles, can serve as a powerful weapon to realize the quantum potential.

As the theory states, it’s seemingly impossible to know each and every property of individual quantum particles (i.e. electrons or photons). Consider an example of a classical GPS, where it can precisely predict the speed, location and direction of your movement for you while you get to your desired destination.

However, a quantum GPS cannot precisely determine all the above properties for a quantum particle as the laws of quantum physics do not allow you to do so. This gives rise to a probabilistic language in the quantum world rather than the classical language of certainty.

In light of computing, the binary 0’s and 1’s represented as qubits (quantum bits), possess the property of being a 1 or 0 at any instant in time.

The above representation leaves a bitter taste in the mouth since in classical machines 0’s and 1’s are linked to switches and circuits turning on and off at different instants. Hence, not knowing their exact state (i.e. on or off) wouldn’t seem sensible in the computing context.

In a real sense, it could cause calculation errors. However, information processing in the quantum world relies on the concept of quantum uncertainty – wherein “superposition” of 0 and 1 isn’t a bug, but a feature instead. It allows faster data processing and facilitates quicker communication.

At the Cusp of Quantum Computing

The consequence of the probabilistic property of quantum theory is that the precise copying of quantum information is seemingly impossible. From the security standpoint, this is significant as cybercriminals intending to copy quantum keys to encrypt and send messages would eventually fail, even if they get access to quantum computers.

It is important to highlight here that such high end encryption (i.e. sophisticated method to convert secret data or keys into a code that prevents unauthorized access) is a result of physics laws and not the mathematically scripted algorithms used today. Mathematical encryptions can be cracked with the aid of powerful computers, however, cracking quantum encryption calls for rewriting the fundamental laws of physics.

As quantum encryption differs from current encryption techniques, similarly, quantum computers differ from classical ones at a very fundamental level. Consider an analogy of a car and a bullock cart. Here, a car obeys certain laws of physics that gets you to the desired destination in quick time compared to the counterpart. The same philosophy applies for a quantum computer and a classical computer.

A quantum computer leverages the probabilistic nature of quantum physics to perform computations and process data in a unique way. It can accomplish computing tasks at a much faster pace and also take a leap into traditionally impossible concepts like that of quantum teleportation. This form of data transmission could pave way for the internet of the future i.e. quantum internet.

What Could a Quantum Computer Be Used for Today?

Quantum computers could be useful for R&D organizations, government authorities, and academic institutions as they could help in solving complex problems that current computers find challenging to deal with.

One significant application could be in drug development, wherein it could seamlessly simulate and analyze chemicals and molecules as the molecules function on the same laws of quantum physics as quantum computers. Further, effective quantum chemistry simulation could be possible as the fastest supercomputers fail to achieve the goal today.

Also, quantum computers could solve complex optimization problems and assist in fast searching of unsorted data. There are numerous applications in this regard ranging from sorting seemingly dynamic climatic, health or financial data, to optimizing logistics or traffic flow.

Quantum computers are also good at recognizing patterns in data such as in machine learning problems. Additionally, quantum computers could play a crucial role in developing models to predict the future such as in weather forecasting.

Gearing Up for the Quantum Future

As the race for a quantum future takes the center stage, investors and government bodies are fueling billions of dollars in quantum R&D. A global communication network employing satellite based quantum key distribution has already been implemented, laying down the path for further developments.

Companies like Google, Amazon, Microsoft, IBM and others are making heavy investments into development of quantum computing resources i.e. hardware and software.

According to Cosmos, a team of researchers in China built a quantum computer that completed a complex calculation in just over 60 minutes that would have taken at least 8 years or more for a classical computer to complete.

It is a highlight of the quantum computing developments that have taken place over the last two years. It is believed that the scientific community has finally achieved the elusive “quantum advantage” – where quantum computing is in a position to solve the most sophisticated problem that classical computing could literally take impractical time to fathom.

The quantum milestone was first achieved by Google in 2019 where they used qubits that used current to perform computations. Later in 2020, Chinese team used photonic qubits to speed up the process. Now in 2021, another Chinese team (led by Jian-Wei Pan at the University of Science and Technology of China in Shanghai) has surpassed Google again.

In a research paper published on pre-print server ArXiv, the contributing research team revealed their findings for quantum advantage wherein they used superconducting qubits on a quantum processor named as Zuchongzhi that consists of 66 qubits. The team demonstrated that Zuchongzhi was able to manipulate 56 qubits to handle a computational problem that aimed at testing the power of the computers.

The fast paced development in the quantum tech world in the last five years has been quite exciting. According to The Quantum Daily, the quantum industry is expected to have a multibillion-dollar valuation by the end of 2030. Though, there are various practical challenges to overcome before such large scale deployment, yet the future seems bright.

Fortunately, quantum theory throws light on the brighter side of “unpredictability”. As the theory goes, two qubits can be locked with one another with a probability that each qubit stays undetermined individually, but is in sync with the other when looked at as a unit – implying, either both are 0 or 1.

This individual unpredictability and combined certainty is called “entanglement” – a handy tool for most quantum computing algorithms today. Hence, by handling uncertainty cautiously, organizations can get in shape to embrace the quantum future.

Nanocomputing: Can Computers Really Be Microscopic?

Computers are getting smaller, but will they ever be so small that they’re invisible to the naked eye?