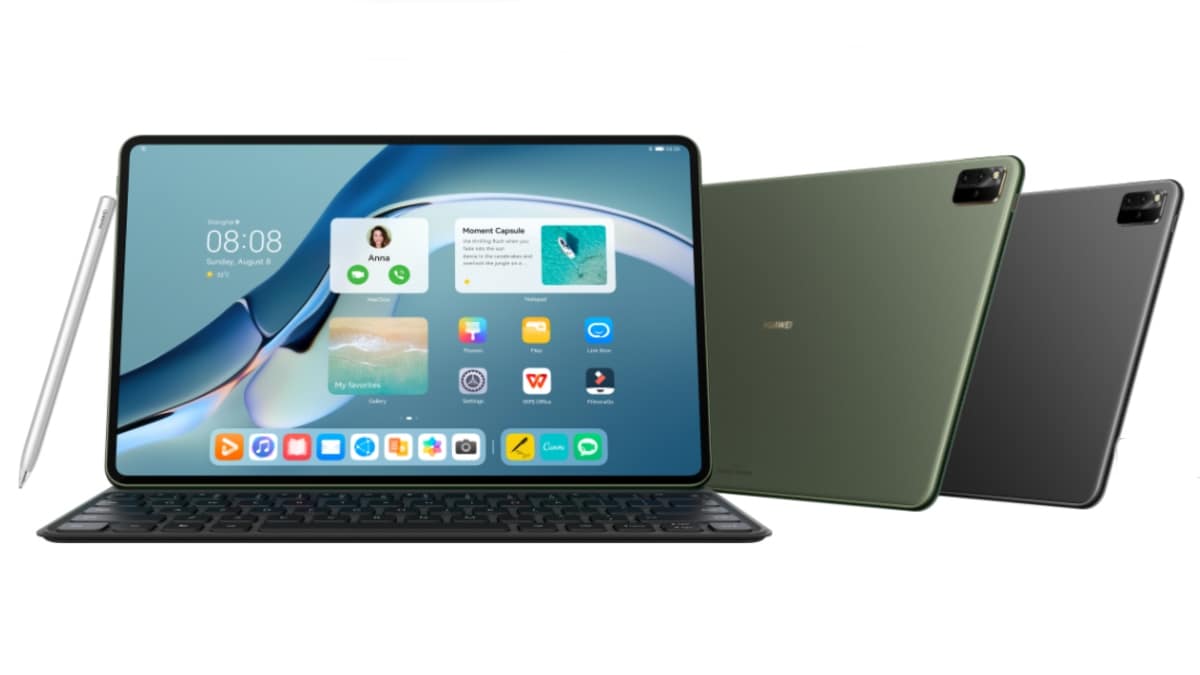 Huawei MatePad Pro 12.6, Huawei MatePad Pro 10.8, and Huawei MatePad 11 tablets have been launched in China and Europe. The Chinese company also launched Huawei M-Pencil (2nd generation) with a platinum-coated pen nib and Huawei Smart Magnetic Keyboard to go along with these tablets. The new offerings are powered by Huawei’s own Harmony OS 2.0 that also powers the company’s other products including smartphones and smartwatches. Huawei says that the new operating system will give its consumers an intelligent and seamless experience across multiple devices. 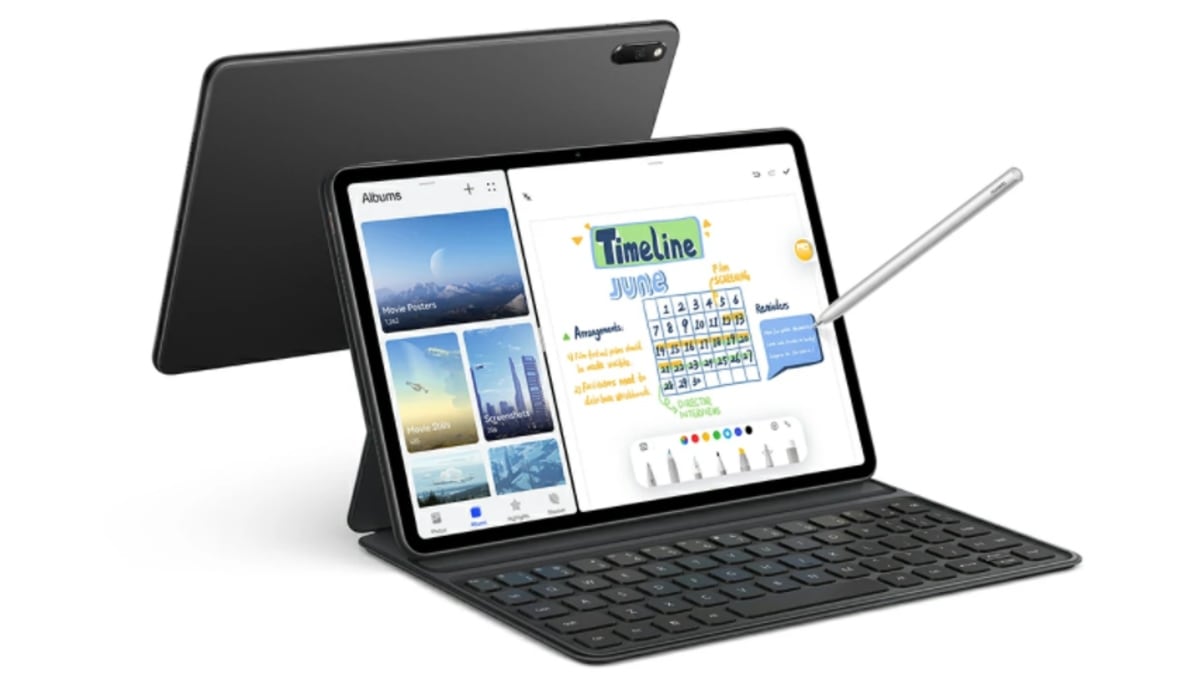 Another tablet, Huawei MatePad 11, has been launched in Europe. This is an affordable tablet that is launched in two storage configurations. The Wi-Fi model with 6GB + 64GB storage is priced at EUR 399 (roughly Rs. 35,500), and the 6GB + 128GB storage model is priced at EUR 499 (roughly Rs. 44,500). It can be purchased in Matte Gray colour option.

Huawei MatePad Pro 12.6 features a triple rear camera setup with a 13-megapixel primary sensor with an f/1.8 lens, an 8-megapixel sensor with an f/2.4 wide angle lens, and a 3D depth sensing camera. There is an 8-megapixel front camera with f/2.0 lens. There is a 10,050mAh battery with 40W Huawei SuperCharge wired fast charging support. Connectivity options include dual-band Wi-Fi, 5G, Bluetooth v5.2, and a USB Type-C port. Sensors on board include ambient light sensor, compass, gravity sensor, gyroscope, and hall sensor.

There is a 7,250mAh battery with 40W Huawei SuperCharge wired fast charging support. In the box, users will get a 22.5W fast charger. Connectivity options include dual-band Wi-Fi, 5G, Bluetooth v5.1, and USB Type-C port. There are four speakers with Huawei Histen 7.0 Audio support.

The Huawei MatePad 11 sports a 10.95-inch (2,560×1,600 pixels) display with 120Hz refresh rate. Huawei says that the display has received TÜV Rheinland double certification to protect users’ eyes. Under the hood, it is powered by the Qualcomm Snapdragon 865 SoC, paired with 6GB of RAM and up to 128GB storage. It has a 7,250mAh battery that sports 22.5W fast charging. There are four Harman Kardon speakers with Huawei Histen 7.0 Audio. 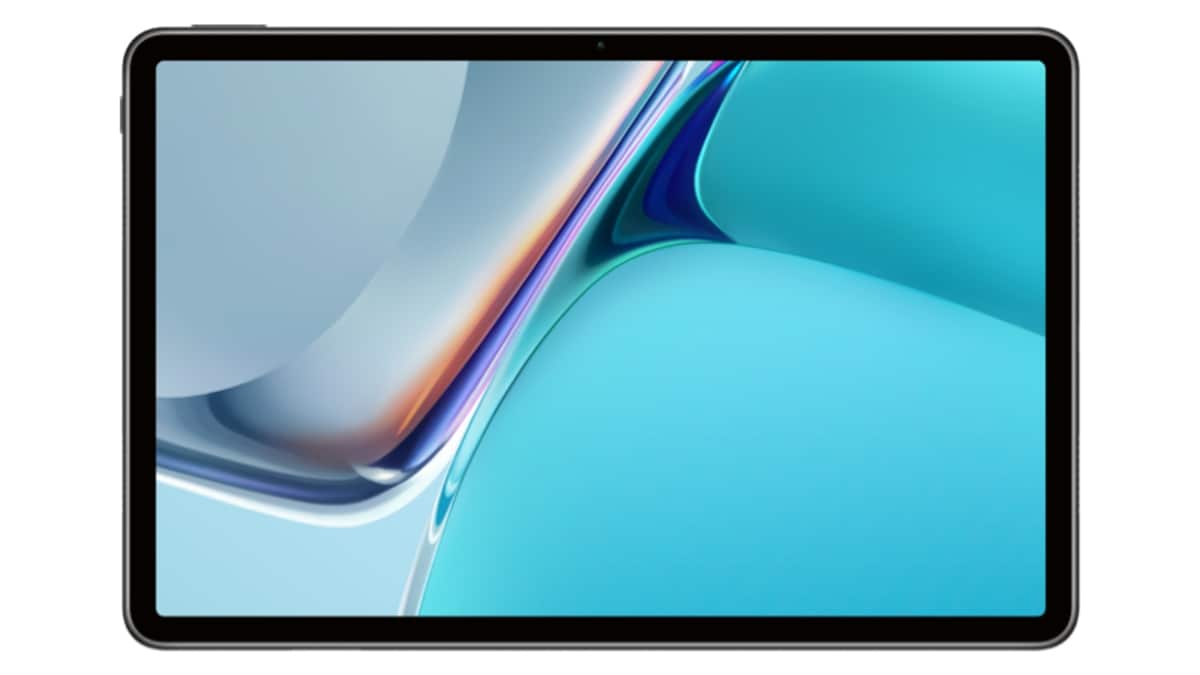 All the three tablets are compatible with Huawei M-Pencil (2nd Generation). The stylus features a transparent tip design, and platinum-coated nib. The company says that the M-Pencil is equipped with 4,096 levels of pressure sensitivity, supports tilt writing, and has 9ms latency. It can magnetically attach to the tablet and is claimed to offer up to 10 hours of working time.

It’s an all television spectacular this week on Orbital, the Gadgets 360 podcast, as we discuss 8K, screen sizes, QLED and mini-LED panels — and offer some buying advice. Orbital is available on Apple Podcasts, Google Podcasts, Spotify, Amazon Music and wherever you get your podcasts.
This article was originally published by Ndtv.com. Read the original article here.
Share on Facebook
Share on Twitter
Share on Pinterest
Share on LinkedIn