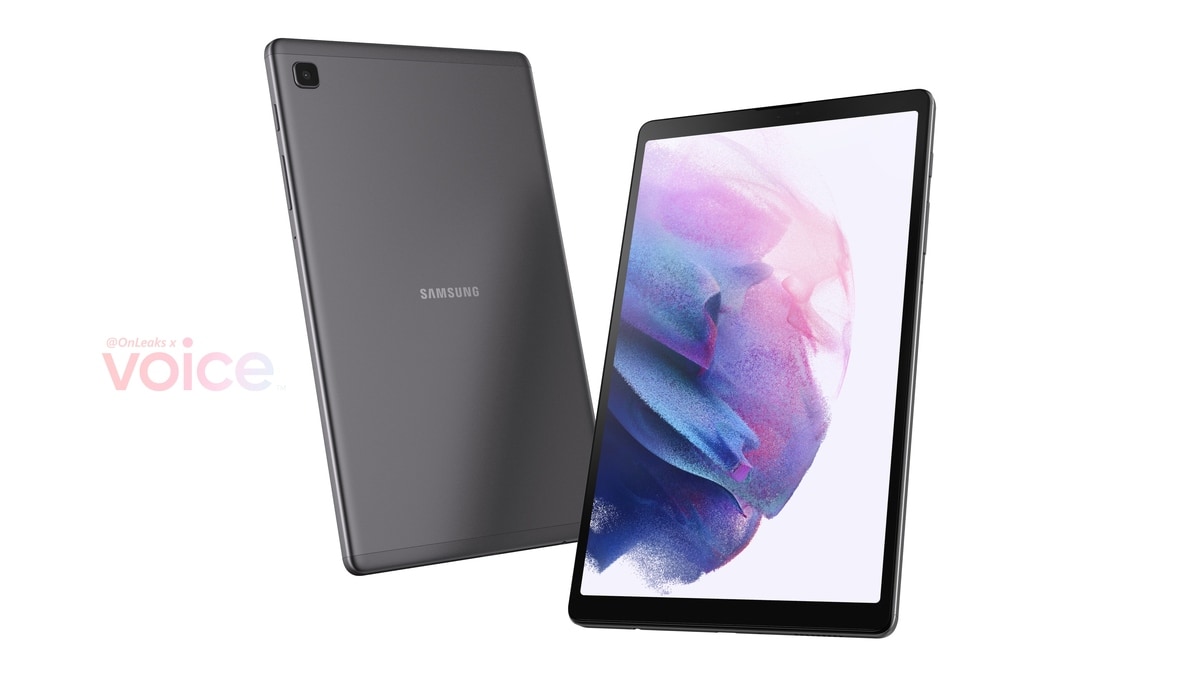 Samsung Galaxy Tab A7 Lite support pages have been spotted on Samsung’s official websites in a few regions including India, Africa, and Romania. Alongside, its specifications have also been spotted on Google Play Console listing. The Galaxy Tab A7 Lite will come as a WiFi-only model and a Wi-Fi + LTE model when it is launched. The Google Play Console listing also shows that the upcoming tablet from South Korea will run Android 11 OS. There has, however, been no further information regarding the upcoming tablet.

The support pages for Samsung Galaxy Tab A7 Lite are visible on the company’s website in India, Africa, and Romania. The websites for the LTE + Wi-Fi (SM-T255) model and the Wi-Fi (SM-T220) model don’t reveal any information about the upcoming tablet. However, a report by 91Mobiles claims the specifications of the Galaxy Tab A7 Lite have been spotted on Google Play Console.

The Galaxy Tab A7 Lite was allegedly spotted on the Google Play Console listing with both variants having similar specifications. The tablet is said to be powered by a MediaTek Helio P22T SoC, which may be paired with 3GB RAM and Imagination Tech PowerVR GE8320 GPU. The display will have a resolution of 800×1340 pixels but the display size was allegedly not mentioned on the Google Play Console listing. The Galaxy Tab A7 Lite is expected to ship with Android 11 OS out-of-the-box.

Last month, the design of the Galaxy Tab A7 Lite was leaked by notable tipster Steve Hemmerstoffer (@OnLeaks) on Twitter. The renders of the grey variant tip that the Samsung tab will have noticeable bezels above and below the screen. The power button and volume rockers are to the right side of the tablet. There is also a single camera sensor at the back but it doesn’t have a flash. There is no information available regarding the size of the camera sensors or the battery bundled with the Galaxy Tab A7 Lite. A similar render was shared by serial tipster Evan Blass (aka @evleaks) on Twitter as well, in a silver colour.

Interestingly, some specifications of the Samsung Galaxy Tab A7 Lite were also tipped by a TENAA listing last month, as noted by Nashville Chatterclass. The tablet with model name SM-T225C was listed to measure 212.5 x 124.7 x 8 mm, weigh 300 grams, include a 4GB RAM variant, feature an 8.68-inch display, and expandable storage via microSD card slot. An even earlier leak had pointed to a 5,100mAh battery, coupled with 15W fast charging via a USB Type-C port. Bluetooth v5.2 was tipped by a Bluetooth SIG database listing.

Is Samsung Galaxy F62 the best phone under Rs. 25,000? We discussed this on Orbital, the Gadgets 360 podcast. Orbital is available on Apple Podcasts, Google Podcasts, Spotify, and wherever you get your podcasts.