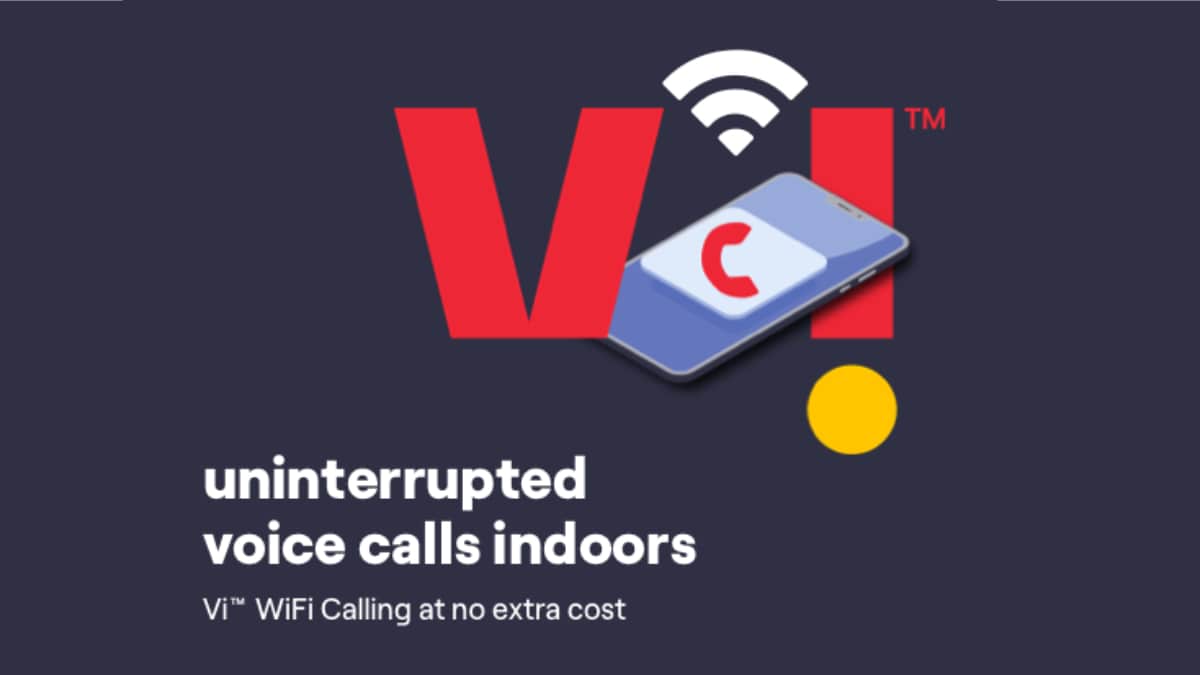 Vi (Vodafone Idea) has expanded its voice over Wi-Fi calling service to Apple iPhones. The telco was already offering Wi-Fi calling for select Android smartphones, and now it’s rolling out the feature to iPhones too. Vi announced that iPhones running iOS14.5 will be able to use Wi-Fi calling service in order to make and receive voice calls on a Wi-Fi network instead of using their existing cellular network. This feature comes in handy in areas that have bad cellular reception. If the users in such areas have a reliable Wi-Fi connection, they will get better voice quality without any extra cost.

As per Vi, all iPhone users who have updated their handsets to iOS14.5, that was rolled out last week, can use their smartphone to make calls using Wi-Fi if they are in an area that has patchy cellular reception, to get a great voice quality. The feature is only available in select regions. As per Vi website, the service is currently being offered in Maharashtra and Goa, Kolkata, Gujarat, Delhi as well as Mumbai circles.

The update also brings a number of privacy features and support for Face Unlock while wearing a mask (if you have an Apple Watch) and App Tracking Transparency that lets users control which apps should be allowed to track their activity across other apps and websites for offering personalised ads and sharing data with third parties.

Here’s how to enable Vi WiFi Calling on your iPhone (iPhone 6s or above):

Sourabh Kulesh is a Chief Sub Editor at Gadgets 360. He has worked in a national daily newspaper, a news agency, a magazine and now writing technology news online. He has knowledge on a wide gamut of topics related to cybersecurity, enterprise and consumer technology. Write to sourabhk@ndtv.com or get in touch on Twitter through his handle @KuleshSourabh.
More