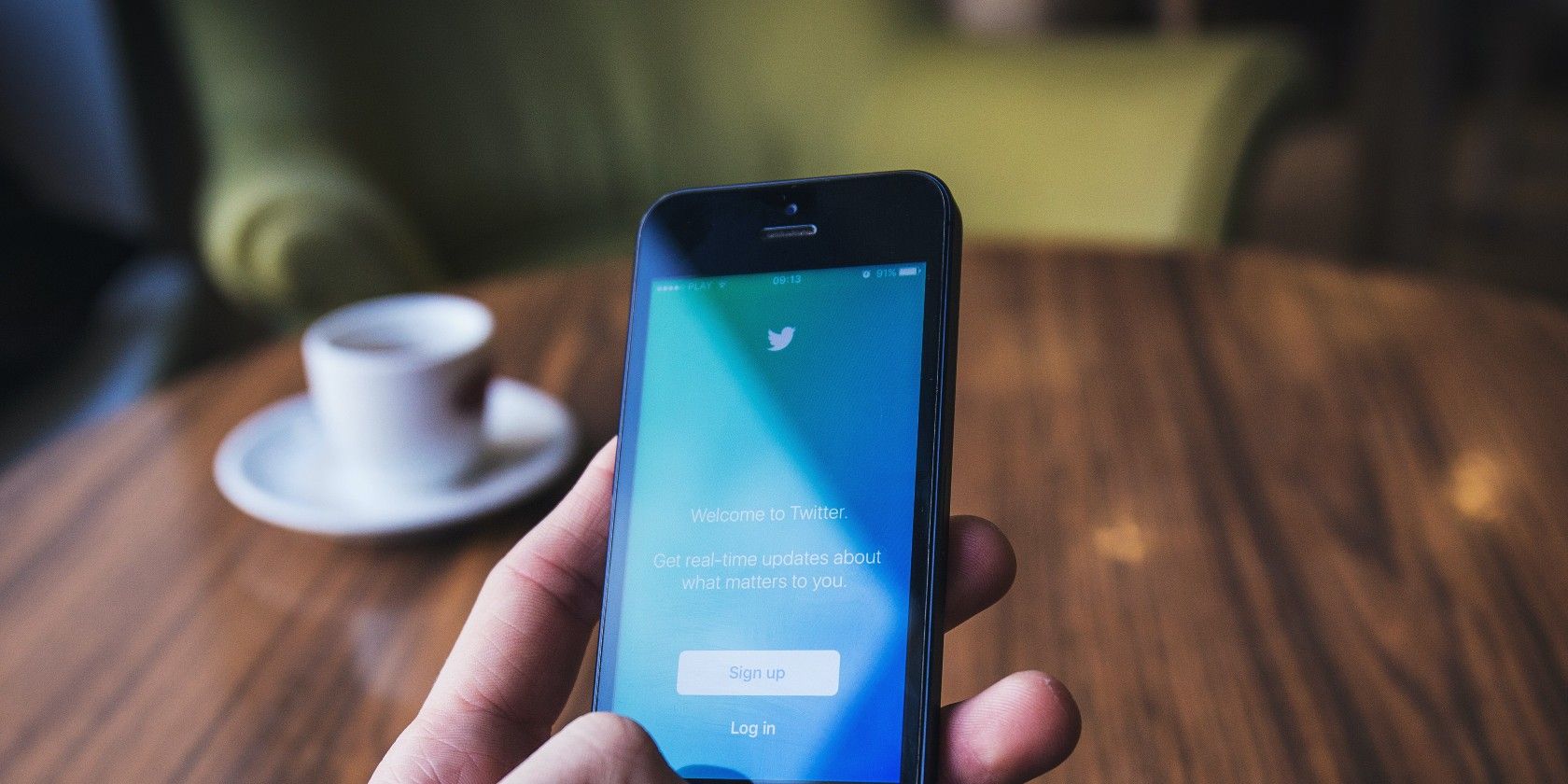 Twitter has become a mainstay in our lives ever since Jack Dorsey posted the first-ever tweet in March 2006. And with the platform’s significant growth, it has naturally become a launchpad for many big global issues and movements.

Often featuring prominently in these charges are Twitter hashtags. And while it may seem a little shocking that a blue link on the internet can shape history, here are 10 that did precisely that. Before we start, it’s worth noting that these are in no particular order.

The answer’s simple—it was the first-ever hashtag on Twitter.

how do you feel about using # (pound) for groups. As in #barcamp [msg]?

Messina’s intention was to allow conversations about BarCamp, an ad hoc unconference for like-minded people to meet with each other. Long story short: it wasn’t such a bad idea.

The Me Too movement was actually founded in 2006 by activist Tarana Burke, but the hashtag took off on Twitter in 2017. In that year, Alyssa Milano posted this viral tweet which helped spread the phrase:

The movement aimed to raise awareness of women who had been either harassed or assaulted. After Milano’s tweet, the hashtag was used 19 million times in the space of 12 months.

Other languages have different variations of the tag, including French and Arabic.

Since Milano’s tweet, companies such as Google and Airbnb have changed legislation that sexual harassment claims no longer require arbitration.

Twitter has played a significant role in raising awareness about climate change. But beyond that alone, the platform has also prompted action from ordinary users.

One important hashtag is #flygskam, which originated in Sweden. Translated into English, it means “flight shame”. The concept is simple: travel using methods that emit less CO2 than aircraft, such as going by train.

Flygskam’s origins can be traced back to 2017. In that year, the Swedish singer Stefan Lindberg said he would stop flying.

In 2019, the country saw a 9% decline in domestic air travel. That same year, overall passenger traffic also decreased through its 10 airports—just over 40 million, compared to 42 million in 2018.

Since the term was coined, Klarna—a fintech company headquartered in Stockholm—has banned almost all short-haul flights for business. Similarly, long-haul journeys by plane are also discouraged.

The term has since spread to other countries—“flugscham” is the German equivalent.

Doing absurd challenges for social media clout has become a mainstay on numerous platforms. And one of the most significant contributors to this was the Cinnamon Challenge.

Though it originated on YouTube, the challenge spread to Twitter—as most things do. In short, participants need to consume an entire spoonful of cinnamon, without liquid, within 60 seconds.

Prevalent challenges to follow include the ice bucket and mannequin challenges.

Despite its popularity, the cinnamon challenge was not without controversy. Swallowing cinnamon without liquid can cause numerous health problems, including choking and respiratory failure.

Numerous participants also ended up in hospital after attempting the challenge. So, it’s a good idea to think twice before you take part in such fads.

Over the last decade, conversations about racial inequality have grown louder. This is especially the case in the US, where it remains a significant issue across the country.

One of the most commonly-used hashtags when discussing the issue is #BlackLivesMatter or its abbreviated term #BLM. The hashtag first appeared on the platform in 2013.

The hashtag has become a mainstay in many users’ bios and also resurfaced on numerous occasions. These include the 2014 unrest in Missouri and the death of Eric Garner in the same year.

#BlackLivesMatter then gained further prominence in May 2020, following the death of George Floyd in Minneapolis police custody. The hashtag was tweeted millions of times in the following days, while protests also took place worldwide.

Beyond raising awareness of racial inequality, the movement has prompted millions of dollars in donations.

There has, however, also been criticism of the movement. For example, Newark Mayor Ras Baraka argued that the movement’s calls to defund the police as a “bourgeois liberal” solution to America’s deep-lying racial issues.

Facebook has received negative press on more than one occasion. Some of the largest backlashes it has received relate to the #DeleteFacebook hashtag, which rose to prominence in 2018.

In that year, users became increasingly fed up with the platform and its scandals. Besides Cambridge Analytica, which saw data from millions of account holders misused, the company was also criticized for its potential role in the 2016 election.

Jim Carrey was one big name to tweet his discontent for the platform. Brian Acton, the former head of WhatsApp (now owned by Facebook), also shared his thoughts.

Beyond the use of their data, the hashtag has also helped shed light on these companies’ ethics elsewhere. One example is how social media platforms develop deliberately addictive apps to clock up as much screen time as possible.

Since 2016, fake news has become a mainstay word in many people’s lives. In that year, the hashtag rose on Twitter in the build-up to the US presidential election. It was used frequently by Donald Trump during his campaign.

Once Trump took power, he continued using the term. However, it has been thrown around by both ends of the political spectrum.

Related: How to Fight Back Against Fake News on Social Media

The fake news hashtag was significant for numerous reasons. It got many people to question the content they consume online and shed light on the importance of checking facts before making judgments.

For media outlets, the hashtag has also stressed the significance of ensuring that all stories are factually correct before publishing.

Throughout the 21st century, the US has been the scene of numerous high-profile mass shootings. After each of them, debates surrounding gun control have surfaced and grown louder.

Some of the biggest backlashes came in 2018, following the Marjory Stoneman Douglas High School shooting in Florida. After the tragedy, the hashtag #NeverAgain surfaced on both Twitter and Facebook.

In the days that followed, rallies took place throughout the US. Some of the survivors used Twitter as a platform to elevate their thoughts and attempt to drive a conversation around gun control and other issues.

Economic inequality is a big talking point in the US. In 2011, Twitter was used to elevate protests related to this with the hashtag #OccupyWallStreet.

That year, protesters started off by setting up a base camp in Lower Manhattan, New York. Soon after, the movement spread to other parts of the country.

Related: What Is Clicktivism?

The hashtag was designed to highlight how what protestors believed to be the wealthiest 1% of the country’s population continued to benefit from power, greed, and corruption. Meanwhile, the remaining 99% were—in its eyes—falling further behind.

#OccupyWallStreet was vital because it started conversations around economic inequality and what could be done to help those at the lower end of the income scale.

Greta Thunberg was one of the most significant Twitter stars of the late 2010s. In 2018, the Swede sat outside her country’s parliament in Stockholm every school day for three weeks in the lead-up to the country’s election.

As the movement grew, #FridaysforFuture was created. The hashtag aimed to encourage other school children worldwide to strike, which is what happened.

Since then, climate protests have grown in both frequency and prominence around the world.

As a result of the movement, the conversation around climate change and what can be done has grown larger. Beyond politicians considering their options, numerous companies have also made carbon-neutral pledges.

Hashtags might seem like something you add to a picture of your morning coffee, but they can have a lot more power than that.

As this list shows, ordinary people with a big idea can change the world if they’re committed and genuinely believe in the cause.

At the same time, hashtags can, in some cases, spread negative messages and hate. So, when tweeting one, make sure you use it for good and not bad.

How to Mute Specific Words and Hashtags on Twitter

Whether you’re avoiding show spoilers or content you’d rather not see, you can mute certain hashtags and words on Twitter.

Danny is a freelance technology writer based in Copenhagen, Denmark, having moved there from his native Britain in 2020. He writes about a variety of topics, including social media and security. Danny enjoys talking about industry trends and exploring the Nordic business and tech scenes. Outside of writing, he is a keen photographer.

When the Earth is gone, at least the internet will still be working
Most Americans Think Social Media Does More Harm Than Good
Caller Tune: How to Set Caller Tune on Airtel
What Makes Samsung’s Crystal 4K Better than Normal 4K TVs?
The Last Gameboard raises $4M to ship its digital tabletop gaming platform