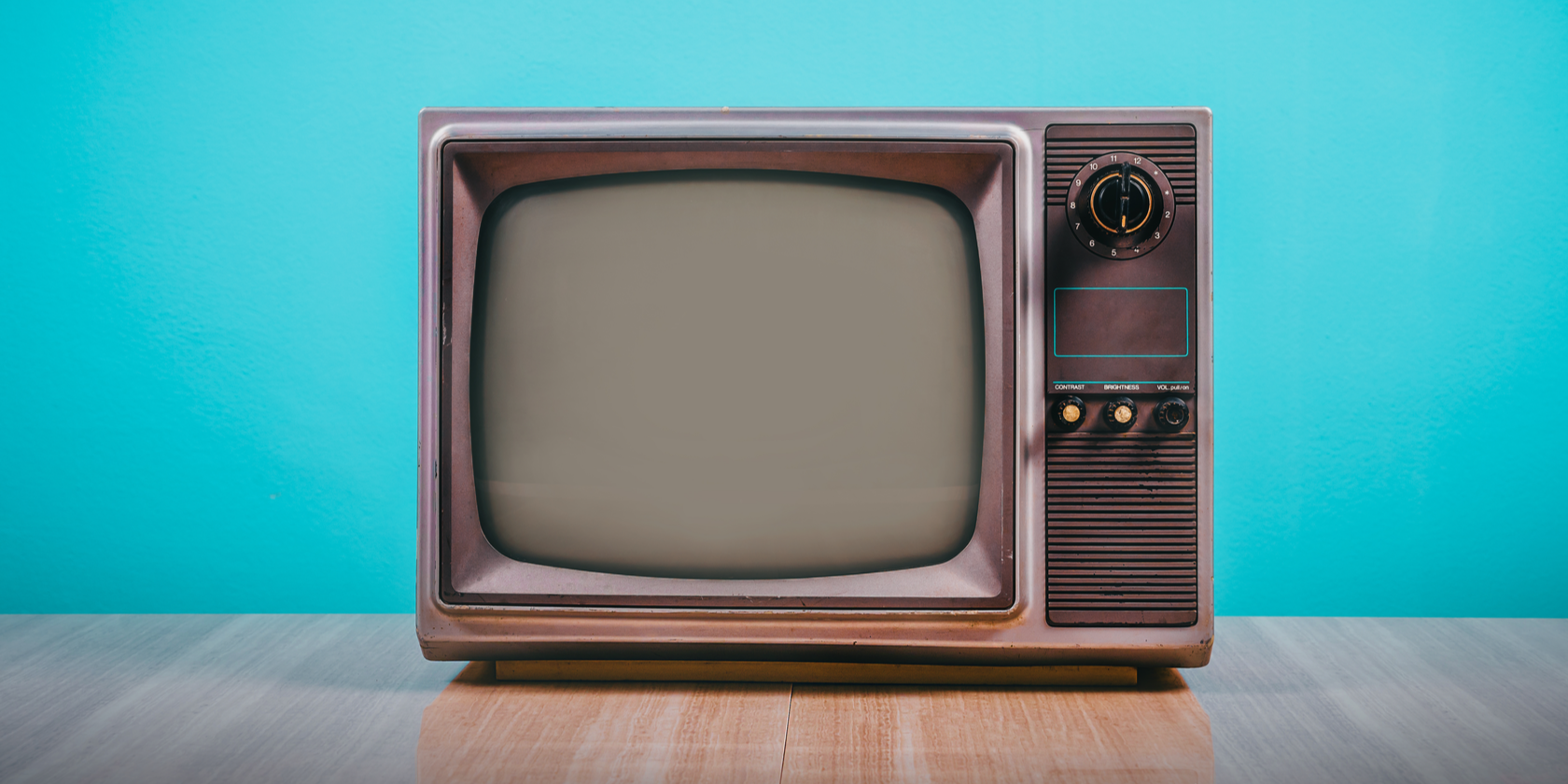 If you’re into video games or interested in TV technology, you’ve probably heard the terms NTSC and PAL before. But what exactly do these terms mean, how do they differ, and how are they relevant today?

Let’s explore the differences between NTSC and PAL, as well as the practical implications of the standards.

NTSC and PAL are both color encoding systems for analog televisions, primarily used in the days before digital broadcasting was common. NTSC stands for National Television Standards Committee (or System Committee), while PAL stands for Phase Alternating Line.

Before TVs largely switched to digital broadcasting, they used NTSC or PAL depending on their location in the world. NTSC was used in North America, Japan, South Korea, and several countries on the west side of South America. PAL was used almost everywhere else, notably Europe and Oceania.

There’s also a third standard, SECAM. This is an abbreviation for French words meaning “sequential color with memory.” SECAM was primarily used in France, the Soviet Union (and post-Soviet states), and some African countries. It’s similar to PAL, but processes color differently.

Let’s look at the history of these standards, focusing on NTSC and PAL.

A Primer on Analog CRT Displays

To understand the NTSC and PAL standards, you first have to know a little bit about how older analog TVs worked.

Early TV displays were CRT (cathode ray tube), which flash lights very quickly to produce images on the screen. A low refresh rate (the speed at which on-screen images update) would result in flickering on these displays. This flicker is distracting and can even make you feel sick, so obviously it’s not ideal.

Since bandwidth was very limited at the time, it wasn’t feasible to transmit TV signals at a high enough refresh rate to avoid flicker, while also keeping the picture at a high enough resolution to be watchable. As a workaround, TV signals used a technique called interlacing to effectively double the frame rate without using additional bandwidth.

Interlacing is the act of splitting video into two separate “fields” and displaying them one right after the other. All of the even-numbered lines of video show in one field, while the odd-numbered lines are in a second field. The video switches between the odd and even lines so fast that the human eye doesn’t notice, and can fully enjoy the video.

Interlaced scan contrasts with progressive scan, where every line of a video is drawn in a normal sequence. This results in higher-quality video (and is often used today), but wasn’t feasible in the past due to bandwidth limitations.

Now that you’re familiar with the process of interlacing, let’s move on to see how the NTSC and PAL standards handle this process differently. We’ve explained frame rates and refresh rates before, which you should review if you’re not familiar.

The History of NTSC

In the United States, the FCC established the National Television System Committee in 1940 to standardize television broadcasting, as TV manufacturers at the time weren’t consistent.

The NTSC standard went into effect in 1941, but it wasn’t until 1953 that it was revised for color broadcasting. Importantly, the new NTSC stayed backwards-compatible with black-and-white TVs; the color data was easy to filter out on older grayscale displays. The committee chose to use 525 scan lines (480 of them visible), split between two interlaced fields of 262.5 lines each.

Meanwhile, NTSC’s refresh rate was initially 60Hz, since that’s what electrical current in the US runs on. Choosing a refresh rate that didn’t sync up with the power grid would have resulted in interference. Due to the interlacing, then, NTSC has an effective frame rate of 30FPS.

However, when color was introduced, the standard’s refresh rate dropped by 0.1 percent to accommodate differences with the added color information. Thus, NTSC technically runs at a refresh rate of 59.94Hz, and 29.97FPS.

PAL came about when countries in Europe were ready to introduce color TV broadcasting. However, they weren’t happy with the NTSC standard due to some weaknesses, such as colors changing during poor weather.

These European countries waited for technology to improve, and in 1963, West German engineers presented the PAL format to the European Broadcasting Union. It was first used for color TV broadcasts in the UK in 1967. Its name refers to the way that some of the color information reverses with each line, which averages out color errors that might have occurred in transmission.

PAL runs at a higher resolution than NTSC; it includes 625 interlaced lines (with 576 of them visible). Additionally, in most regions where PAL was implemented, the power grid runs at 50Hz. PAL displays thus run at 25FPS, due to the interlacing.

TV Broadcasting in the Digital Age

Remember that everything we’ve discussed so far refers to color encoding standards for analog broadcasts. Today, however, NTSC and PAL standards are mostly obsolete. Because most broadcasting and other video content is now digital, we don’t have to worry about these limitations anymore.

Digital broadcasting has advantages over older analog standards, such as more efficient use of bandwidth and less signal interference. Across the world, there are four major digital broadcast systems now in use:

Countries are at various steps in the process of switching over to digital TV broadcasts. Some, like Australia, Mexico, and most of Europe, have completely ceased analog broadcasts. Others are still broadcasting both types of signals, or haven’t even begun to start broadcasting digital TV yet.

Related: Analog Radio vs. Digital Radio: How They Work and Their Differences

NTSC and PAL for Gaming

Even though they aren’t used for TV broadcasting anymore, NTSC and PAL standards are still relevant in a few spheres today. One of these is retro video gaming.

Since older video game consoles used analog video output, you need to pair them with a TV from the same region for proper operation. For example, if you have a Super Nintendo from Australia (PAL), it likely won’t work on an analog TV from the US (NTSC) due to the encoding difference. You’ll need to buy a converter box that takes the analog input from the console and connects to your TV using HDMI.

Back in the days of analog consoles, some games ran differently on consoles in PAL regions than those in NTSC countries. To avoid issues with timing based on the frame rate, developers often slowed down games to compensate for the slower frame rate in PAL regions.

This was especially noticeable in fast-paced games, like the Sonic series. This slowdown is why video game speedrunners rarely play on PAL versions.

NTSC and PAL are still used colloquially today to refer to differences in refresh rate across regions. For instance, someone might say that they can’t play an “NTSC disc” on their “PAL DVD player.” Technically, this is incorrect, since NTSC and PAL are strictly analog color encoding standards.

But due to other (unrelated) regional restrictions on media like DVDs and video games still existing, these terms are an easy way to refer to media from different countries. Thankfully, most video game consoles today are region-free, meaning you can, for example, buy a Japanese game and play it on an American console.

NTSC and PAL: Mostly a Memory

Now you understand what NTSC and PAL are, how they came about, and why they’re not very relevant now. Any form of digital media, whether it’s streaming video, playing an HD video game console, or digital TV broadcasting, isn’t bound by these standards.

Modern entertainment devices might have issues when you try to use media from outside your region, but it’s not because of NTSC or PAL. They only apply for analog signals, which are disappearing.

The differences between LCD and LED displays are subtle, which can make it difficult to decide: LCD or LED monitor?

Ben is a Deputy Editor and the Onboarding Manager at MakeUseOf. He left his IT job to write full-time in 2016 and has never looked back. He’s been covering tech tutorials, video game recommendations, and more as a professional writer for over six years.