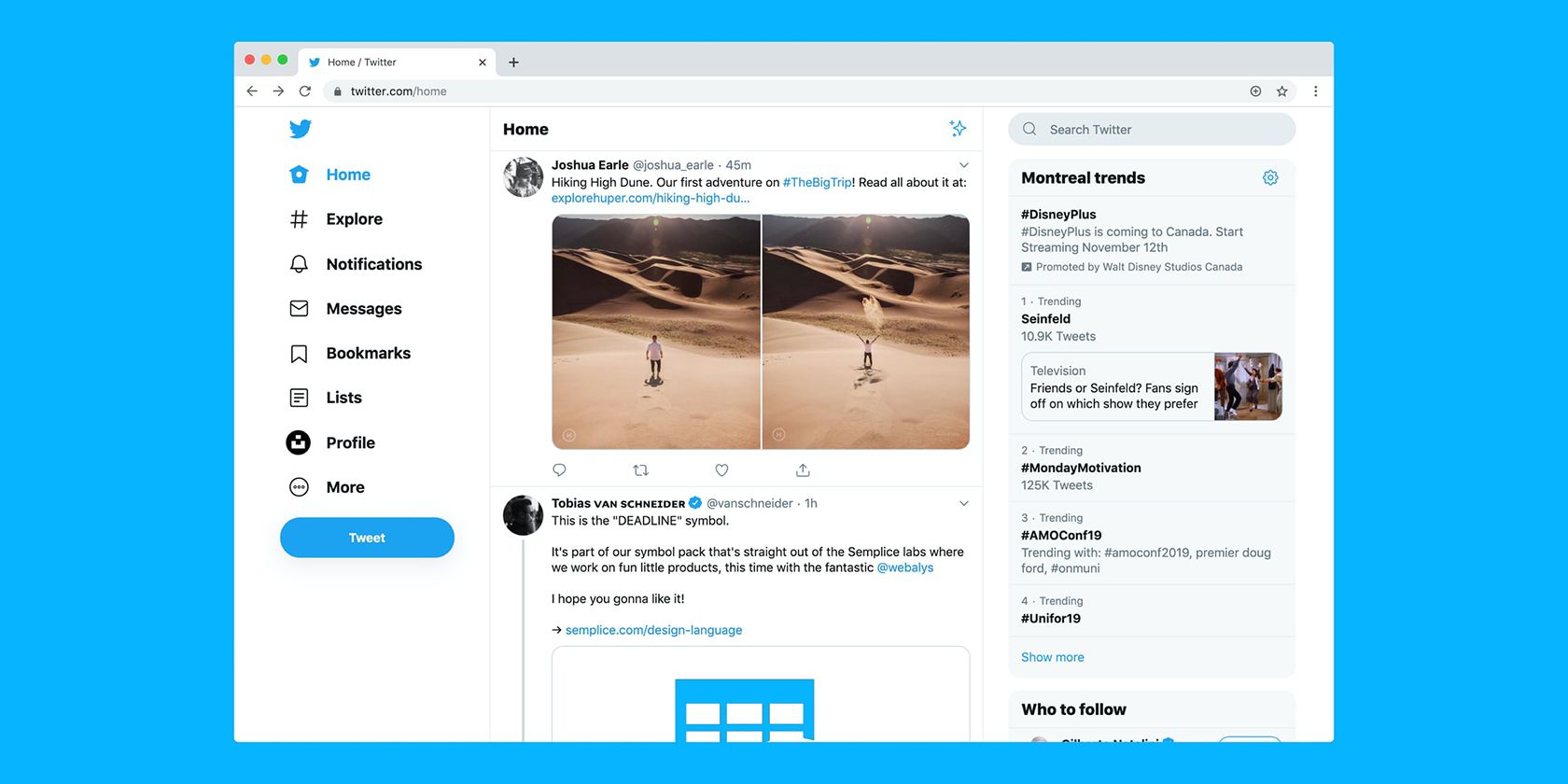 Audio chat app Clubhouse exploded onto the scene in April 2020, and its popularity caused a domino effect of other social media apps pushing out similar features. Twitter was one of these apps, with its release of Spaces.

Spaces Won’t Be Mobile-Only for Much Longer

Noah Jorgensen, senior software engineer at Twitter, shared screenshots on Friday of what he’s currently working on: access to Spaces via a desktop computer.

Jorgensen’s screenshots show a small pop-up window that appears when you want to join a Space. You’ll see a list of people currently in that Space, and a purple button that says Join this space.

In the past, reverse engineer Jane Manchun Wong has leaked some Twitter features before they’ve officially rolled out (for example, the addition of Revue’s newsletter features and the development of the “undo tweet” button), but this time, she opted to simply reply to Jorgensen’s thread of tweets:

Yes! Once you join a space it will persist while you move around the site. I will share it once I have something

Thanks to Wong’s curiosity, we now know that the Spaces window will collapse, much like the ever-present direct messages (DM) tab.

Additionally, once you enter a Space, “it will persist while you move around the site.” So even as you do other things on Twitter, like send or interact with tweets, you’ll remain in the Space until you choose to leave.

The first time we heard about audio-only chatrooms on Twitter was back in December, when Twitter announced it was testing Spaces amongst iOS users. Since then, Twitter has expanded Spaces to Android devices, and said it’s working on a native recording feature.

Twitter bringing Spaces to desktop is a lot more than just making it available on several platforms.

Using Spaces on a computer would give all users the opportunity to add more polish to the conversations they have. For instance, podcasters and musicians often have professional equipment for audio recording hooked up to their desktop setups.

The fact that Twitter is free (at least, for now as it’s considering adding subscriptions) already makes Spaces a solid competitor for Clubhouse. It can take some of the audience that Clubhouse would otherwise have, if it weren’t for the invite-only barrier.

Allowing desktop access would probably change the game. Clubhouse is still in its testing phase, and who knows whether adding desktop compatibility is even a part of its future plans.

We know Facebook is building its own competitor too, but frankly, even less information has been released about that.

Facebook Is Working on a New App to Compete With Clubhouse

It’s nothing new—Facebook is playing copycat again. This time, its alleged victim is Clubhouse.

Has Your Phone Number Been Leaked Through Facebook?
Clubhouse Android App Could Be Released as Soon as May 2021
500 Million Affected by LinkedIn Data-Scraping: What To Look Out For
Google Pay: How to Send Money Using Bank Details, Phone Number, UPI ID or QR Code
OnePlus Watch First Sale on April 21 for Red Cable Club Members, Open Sale From April 22