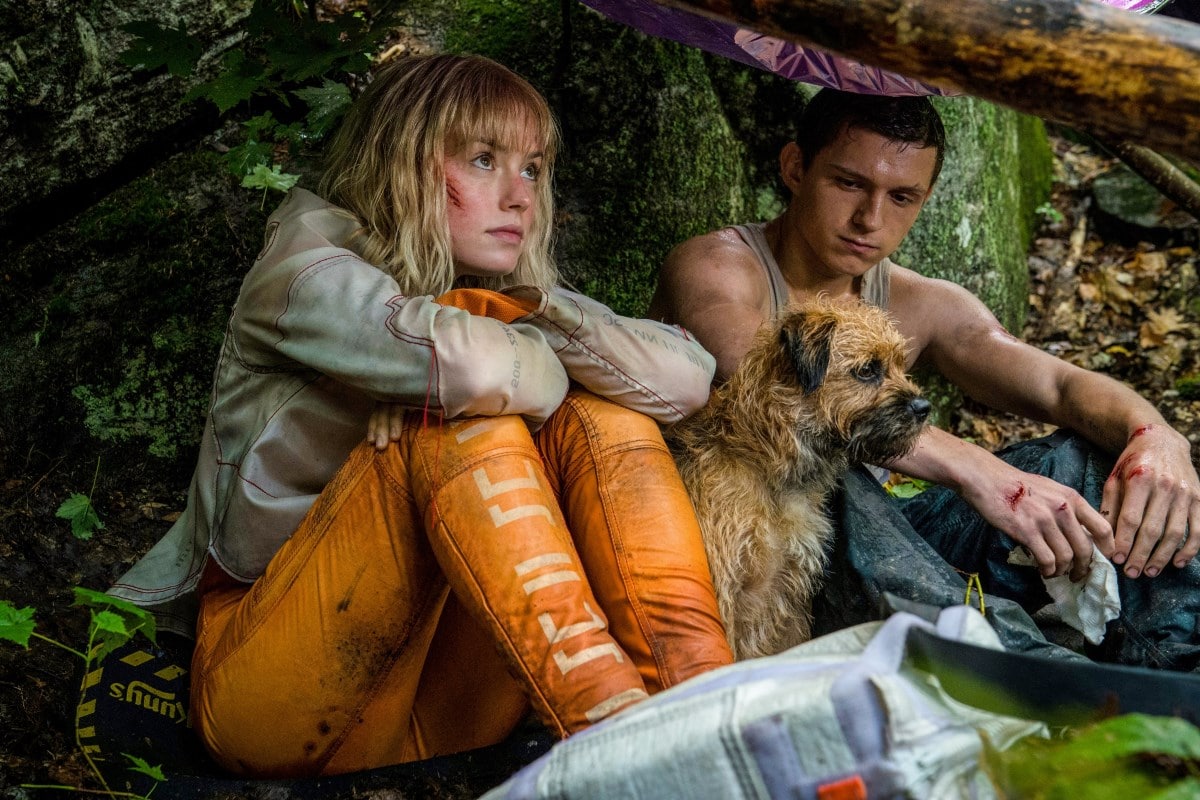 Chaos Walking trailer has rolled in, suggesting that the movie is actually going to release. Edge of Tomorrow director Doug Liman’s next sci-fi adventure, starring Daisy Ridley (Rey in Star Wars) and Tom Holland (Spider-Man in the MCU), has been in development since 2011 and was stuck in production since August 2017, but it’s now gotten a first trailer. This is the closest we’ve come to seeing Chaos Walking on screen. Based on the first book “The Knife of Never Letting Go” in the Chaos Walking trilogy, the trailer sets up the film’s premise: a world without any women, before Ridley literally crashes onto the planet.

Viola Eade (Ridley) somehow survives the wreckage and then runs into Todd Hewitt (Holland) who’s been inspecting the crash site. Their meeting reveals the sci-fi nature of Chaos Walking. Even though Hewitt doesn’t actually say anything, translucent shimmers around his head seemingly reveal his inner thoughts, including the fact that he has never seen a girl before. Eade is taken aback and later complains how loud it is. A voice-over from Mads Mikkelsen explains that it’s called “Noise” and that it happened to all men on the planet, putting every thought in their head on display.

A natural question from Ridley’s character follows: “Where are all the women?” The mayor David Prentiss (Mikkelsen) replies that they are dead. The Chaos Walking trailer then sets up other characters, including the Mayor’s son Davy (Nick Jonas) who tells Hewitt to watch his Noise, and their interaction reveals that Holland’s character has some sort of mind-control powers. Later, Eade and Hewitt run away because someone wants to kidnap her. The Chaos Walking trailer also reveals how Noise can give you away in a fight, with Hewitt’s audible thoughts attracting the enemy.

Liman came on board Chaos Walking in mid-2016, with Ridley (a fan of the books) and Holland being set as leads in the months following. Several more cast additions were made as Liman prepared to film Chaos Walking, and principal production ran from August to November 2017. But following poor test screenings where it was deemed “unreleasable,” Lionsgate ordered $15-million reshoots, with Fede Álvarez (Don’t Breathe) involved as director too. But due to Ridley and Holland’s respective commitments, reshoots could only take place in April 2019.

Lionsgate would hope that Chaos Walking can recoup all that money and make enough so that it can greenlight adaptations of the two other books.

Chaos Walking is currently slated to release January 22, 2021, but the trailer simply says “coming soon.” That makes sense given how COVID-19 has been playing wrecking ball with movie release dates.

Akhil Arora
Akhil Arora covers entertainment for Gadgets 360, interviewing stars such as Christian Bale and Anurag Kashyap, covering series premieres, product and service launches across the globe, and looking at American blockbusters and Indian dramas from a global socio-political and feminist perspective. As a Rotten Tomatoes-certified film critic, Akhil has reviewed over 150 movies and TV shows in over half a decade at Gadgets 360. When he is not completely caught up with new film and TV releases, Akhil
…More

Gmail for iOS Now Has a Widget to Let You Search Your Inbox, Compose New Emails Quickly