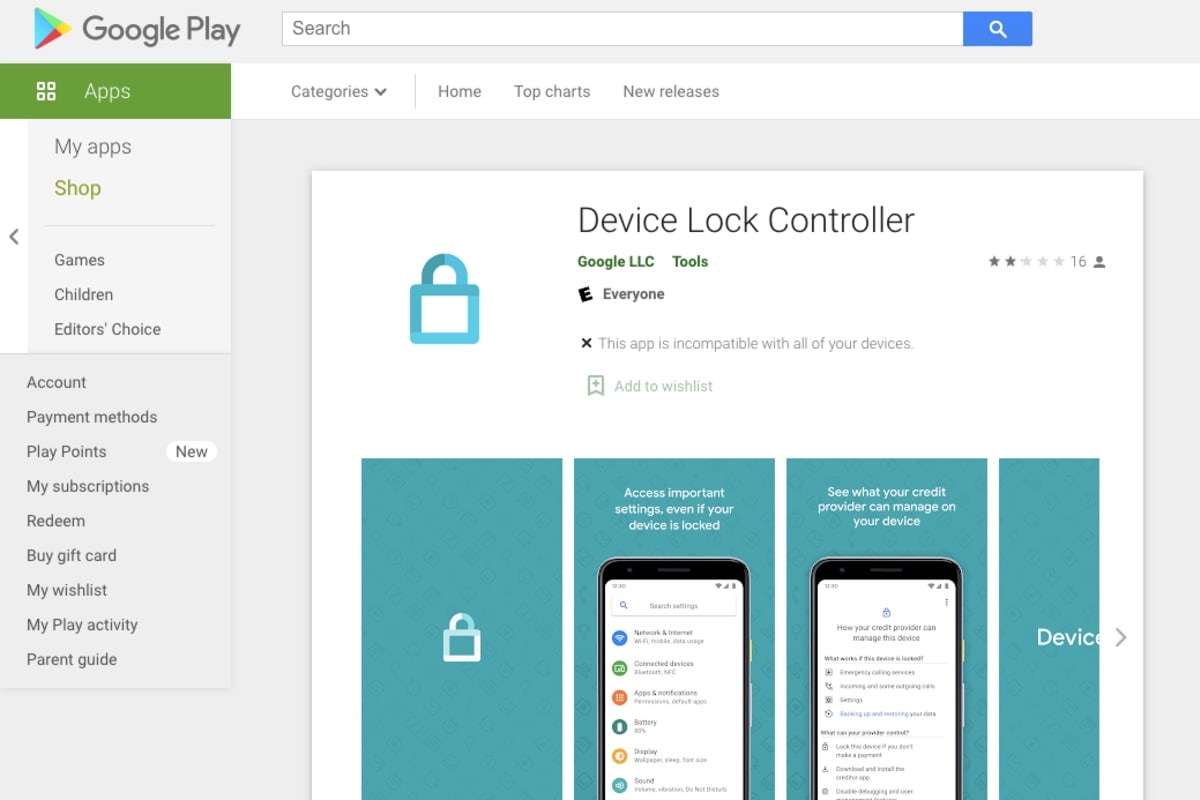 Google’s Device Lock Controller app has silently been developed by the search giant. It allows banks and credit providers to remotely lock your device if you don’t make payments. The Device Lock Controller app uses the DeviceAdminService API of Android to remotely restrict access to the device in case of a payment default. It is already listed on Google Play, though users cannot download it on their own. The app also retains access to basic functionality including emergency calling and access to settings even when the device is restricted.

“Device Lock Controller enables device management for credit providers. Your provider can remotely restrict access to your device if you don’t make payments,” reads the description of the app.

A Google spokesperson confirmed to XDA Developers that the new app had been launched in partnership with a Kenyan network operator Safaricom. In late July, the operator launched a financial plan called “Lipa Mdogo Mdogo” (Pay Bit by Bit) to offer Android (Go edition) smartphones in instalments. That plan included a clause under which the operator will “lock the device” following non-payment for four days.

Google seems to have enabled Safaricom to lock payment defaulters’ phones using the Device Lock Controller app. However, it is unclear whether the app could be expanded to other credit providers and in other markets in the future.

Google clarified to XDA Developers that the Device Lock Controller app should not be listed on Google Play for general users. The Google Play listing of the app was, however, still accessible at the time of filing this story. But nonetheless, you can’t find it on the Play Store available on your smartphone or tablet.