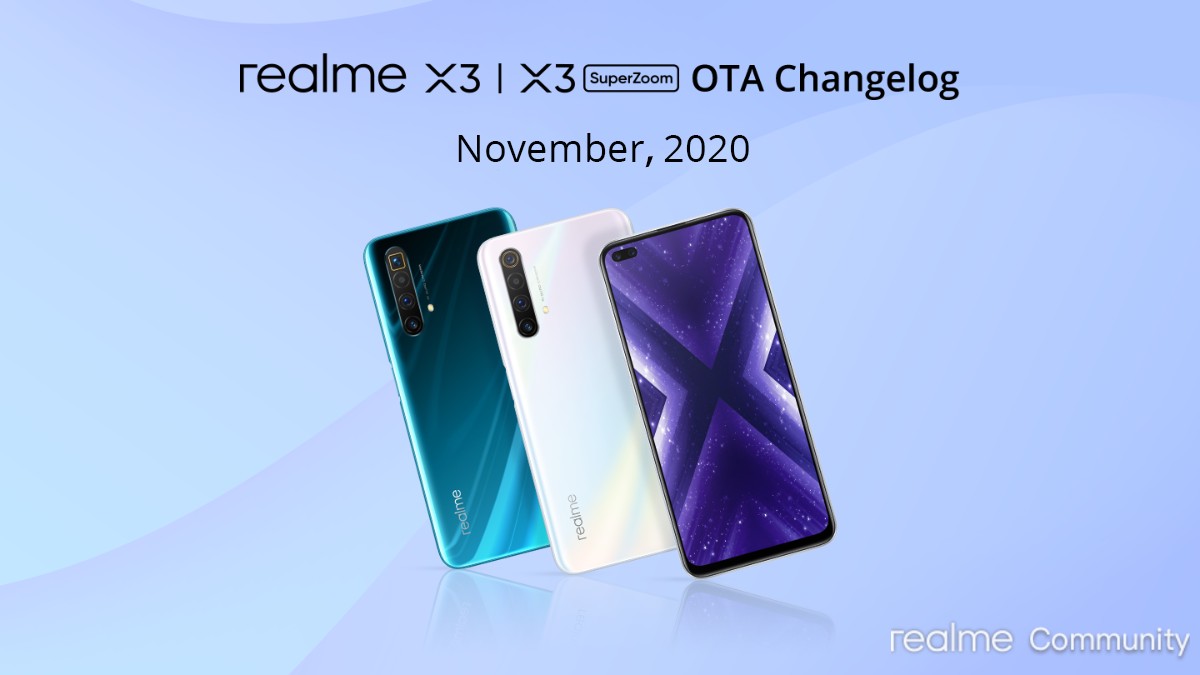 Realme X3 and Realme X3 SuperZoom have started receiving the November 2020 update in India and it brings the October 2020 security patch, along with some improvements and fixes. The development was shared on the official Realme forum, along with the changelog for the update. Both phones get firmware version RMX2081PU_11.A.45 and like previous Realme updates, this will also have a staged rollout so not all Realme X3 and Realme X3 SuperZoom users would receive it just yet.

The changelog for the RMX2081PU_11.A.45 update for the two phones, as shared on the Realme forum, shows some improvements in the settings, game space, network, and more. It brings a toggle for system icons in the Status bar, the eye comfort setting gets a toggle for ‘From Sunset to Sunrise,’ and a toggle to enable the keyboard when entering the app drawer has been added.

The display effect of the screen brightness lock has been optimised and network connectivity has been improved as there were some issues with network in some scenarios. The screen flickering issue when entering an album, that occurred for some users, has been fixed with the RMX2081PU_11.A.45 update. The time display issue has also been fixed. Further, the probabilistic lagging issue when using Instagram to switch video has been fixed.

The RMX2081PU_11.A.45 firmware updates the security patch to October 2020 for both Realme X3 and Realme X3 SuperZoom.

If you have not received a notification for the update, head over to Settings > Software Update, and you should see the update here. In case there is no update available, you will have to wait. At the time of writing, Realme’s software update page has not been updated with the latest firmware.