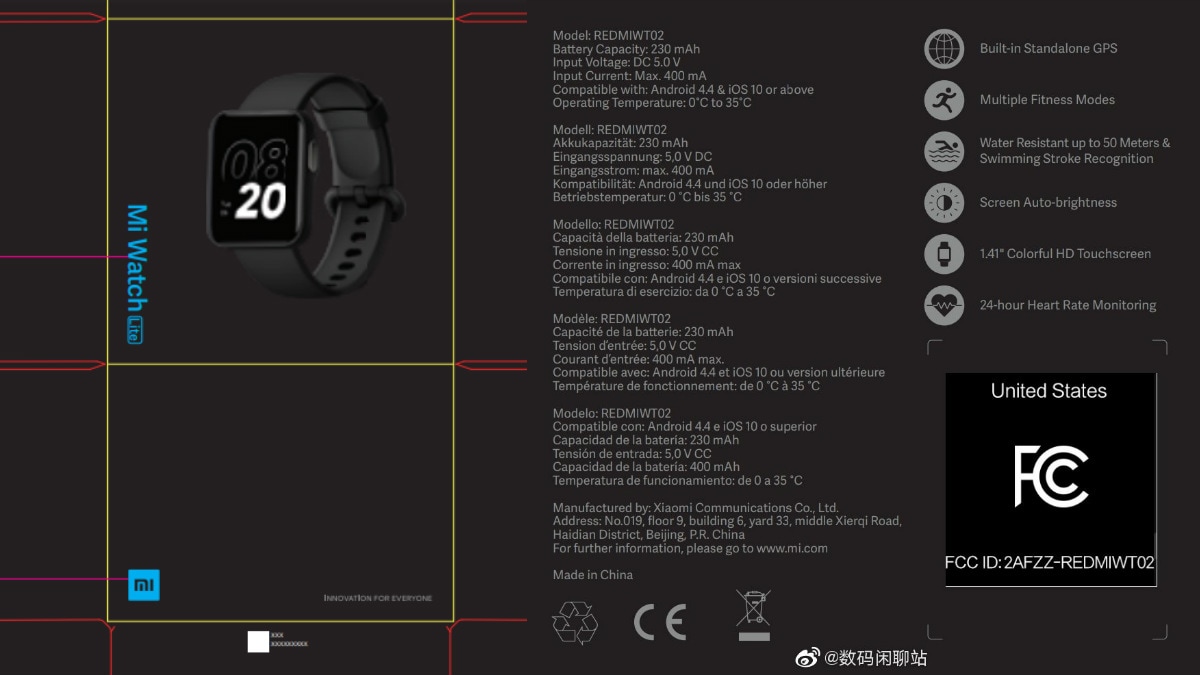 Xiaomi Mi Watch Lite has been spotted on the US FCC database revealing its design and key specifications. The Xiaomi wearable is seen sporting a square-shaped dial with a button on the right hand side. The listing also contains an image of the smartwatch’s retail box which shows that it has a 1.41-inch HD color display, built-in GPS, and 24-hour heart rate tracking. Previously, the same watch was allegedly spotted on UL (Demko) certification website. The wearable could be a rebranded Redmi Watch.

According to the images available in the US FCC listing, the Mi Watch Lite with model number REDMIWT02 sports a square dial, has a button on the right side and silicon strap. There is also an image of the wearable’s retail box that shows the key specifications of the smartwatch. As per the information available on the box, the smartwatch features a 1.41-inch HD color display, built-in GPS, and 24-hour heart rate tracking.

The box also says that the Mi Watch Lite is water resistant up to 50 metres and comes with swimming stroke recognition, multiple fitness modes as well as screen auto brightness feature. It houses a 230mAh battery and is compatible with handsets that run on Android 4.4 or iOS 10 and above.