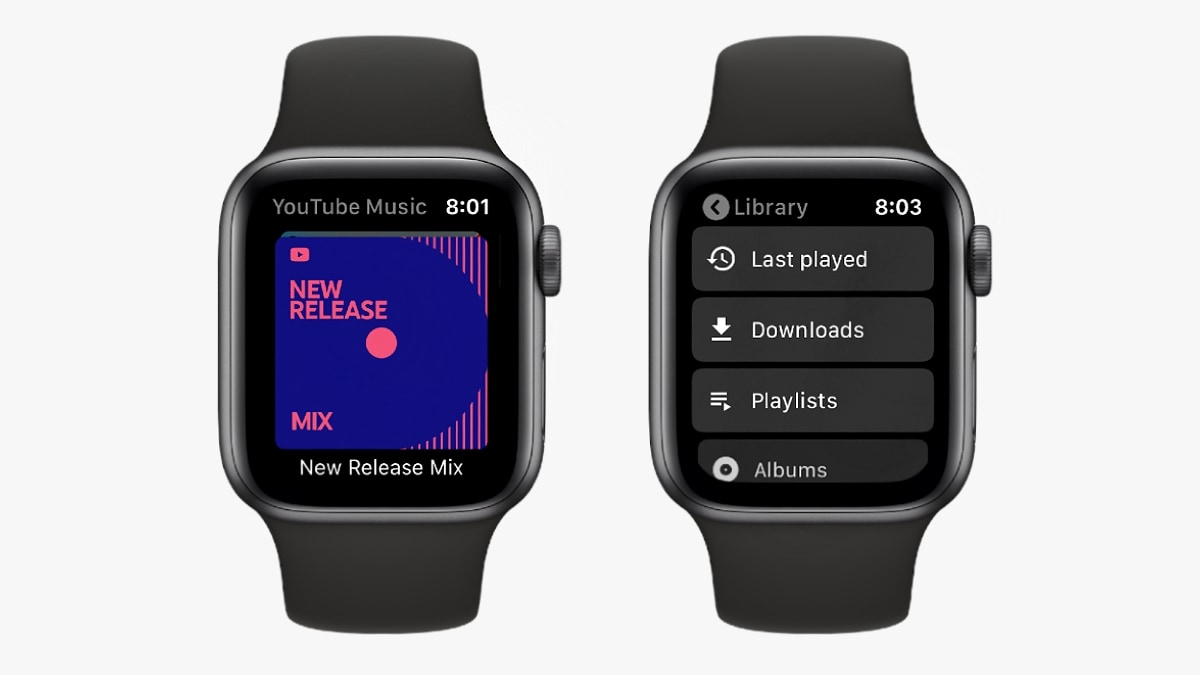 YouTube Music app is now available for Apple Watch. Users can browse music collections, control playback, and select casting options directly using the app on their Apple Watch. In order to use the app, users are required to have the latest version of YouTube Music, an Apple Watch that is Series 3 or above (running watchOS 6 or above), a YouTube Premium subscription, and of course, an iPhone. As Google prepares to shut down Google Play Music later this month to focus on only one music streaming platform, it has been introducing new features for YouTube Music. Notably, the launch of the YouTube Music app on the Apple Watch comes ahead of a launch on the Wear OS by Google wearable platform.

YouTube announced that the app will come with a complication (a term for a watch function apart from telling time) – a customisation feature on the Apple Watch that lets users display relevant information directly on the watch face. The YouTube Music complication will give users direct access to playback controls, as well as recommendations for new songs based on their listening habits. They can also cast music from their iPhone directly to their speaker, with the press of a button.

“Whether you’re out for a run, riding your bike or just walking around the house — YouTube Music for Apple Watch puts playback controls within easy reach,” said the YouTube Music team in a blog post. You can download it on your Apple Watch from the App Store.

As Google Play Music prepares to shut down later this month, parent company Google has been focusing on YouTube Music, introducing several new features. Now, users can play personal playlists via Google Assistant and cast their uploaded music to devices and speakers (this feature was earlier limited to premium subscribers). It also expanded its Explore tab to include global YouTube Charts.

Earlier this week, Google also rolled out new features to enhance the YouTube Music app’s experience on TVs. In the blog post, addressing its YouTube Music plans for smartwatches including those powered by its own Wear OS platform, the company said, “this is just the beginning for YouTube Music on smartwatches. Stay tuned for additional updates on YouTube Music availability on Wear.”