Reliance Jio on Wednesday launched JioPages, a Web browser based on Chromium Blink with support for features like encrypted connections, and support for eight Indian languages, and is now available for download on Google Play. In its announcement, Reliance Jio highlighted Web security and data privacy, and on the Google Play listing it also notes other features such as news content localised in different Indian languages, a smart download manager, incognito browsing, and themes.

It also comes with a PIN-locked Incognito Mode, and built in Adblock Plus. JioPages supports eight Indian languages: Hindi, Marathi, Tamil, Gujarati, Telugu, Malayalam, Kannada and Bengali. Users can select the app language, and also set up their regional preferences from different states. 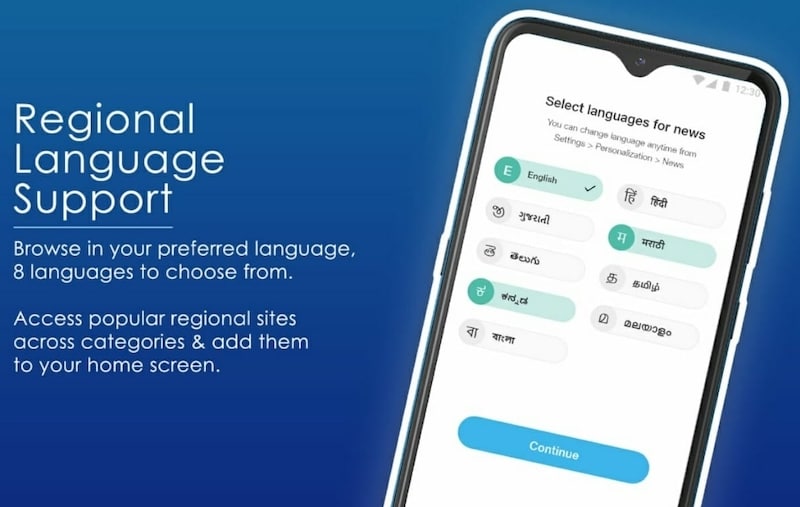 Jio also stated that JioPages was conceptualised and designed entirely in India, although of course the underlying Blink rendering engine was developed with contributions from Google, Facebook, Microsoft, Opera Software, Adobe Systems, Intel, IBM, Samsung, and others.

Users will be able to choose a default search engine, and apart from Google other options include Bing, Yahoo, and Duck Duck Go, and JioPages comes with a dark mode theme out of the box, apart from other custom themes.

It also includes a browser feed, which is customised according to the user’s language settings, as well as by their region and topic settings. JioPages will also send notifications on pages that are “either important or of interest to the user,” the company noted.

A lot of this information will come in the form of content cards — with cards for stock market trends, commodity prices, and cricket scores, for example — that can be clicked on to get more detailed information.

The download manager in the browser categorises downloads according to the file type, so you can easily find downloaded pictures, videos, documents, and saved pages. Incognito mode also gets a tweak, with a PIN feature that can be used as an access code to enter incognito mode.

According to a screenshot, the browser comes with Adblock Plus built in, which enables adblocking, supports a list of acceptable ads, and allows users to whitelist domains. You can download JioPages from Google Play here.