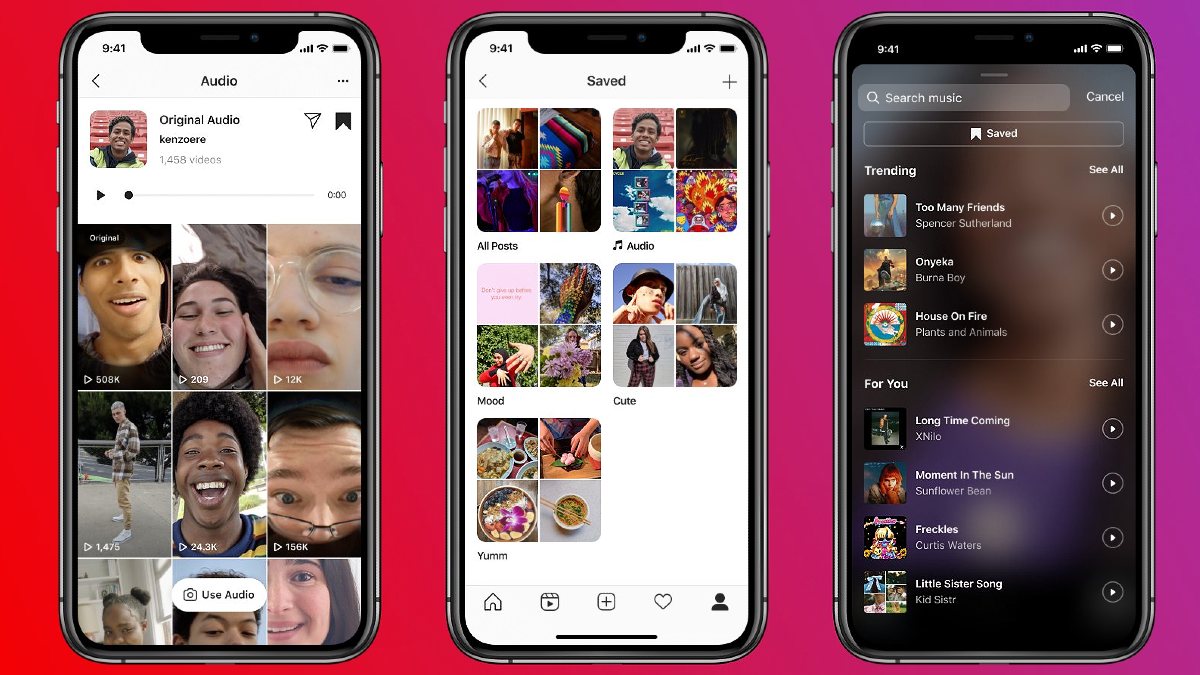 Instagram has added new audio features for Reels, in what seems to be a bid to make it even more similar to TikTok. You can now save audio clips, share audio pages over Direct Messages, and browse through new sections like For You and Trending. These new features will make it easier for users to share and save audio clips. The latest update with the new features has already begun rolling out. Instagram has been releasing regular updates for the short-form video sharing feature even though it was launched only recently.

Users can now share all the Reels that use a specific piece of audio through Direct Messages on Instagram. Through the new ‘Save Audio’ feature, users can save sounds within the app and use them for their own Reels clips. Reels creators will now be able to identify trending songs and clips more easily. They’ll also be able to bookmark songs within the app, and revisit later.

Akin to Instagram’s save posts feature, you can tap the audio and click on the save icon. All the audio files saved will be found under the Audio folder in the saved posts section on Instagram.

Reels is a short-video making and sharing feature on Instagram that the Facebook-owned company had launched a couple of months ago, to compete with TikTok. The feature was rolled out in India soon after the government banned TikTok late June. Reels was expanded globally soon after.

In an update last month, Instagram allowed users to create Reels of up to 30 seconds, instead of just 15. Some more basic but useful features were rolled out last month, including extending the timer to 10 seconds while recording a reel and the ability to trim and delete any clip.

Instagram aims to pull in more Reels users with the new features. Last month, Instagram added a dedicated button for Reels to make it easier for users to discover videos.

Tanishka Sodhi
Tanishka Sodhi is a sub-editor at Gadgets 360. As a journalist, she has covered education, culture, and media and mental health. She is interested in the intersection of technology and culture, and its impact on everyday lives. Tanishka is a staunch advocate of gender equality, and the correct use of commas. You can get in touch with her via Twitter at @tanishka_s2 or drop a mail at tanishkas@ndtv.com.
More