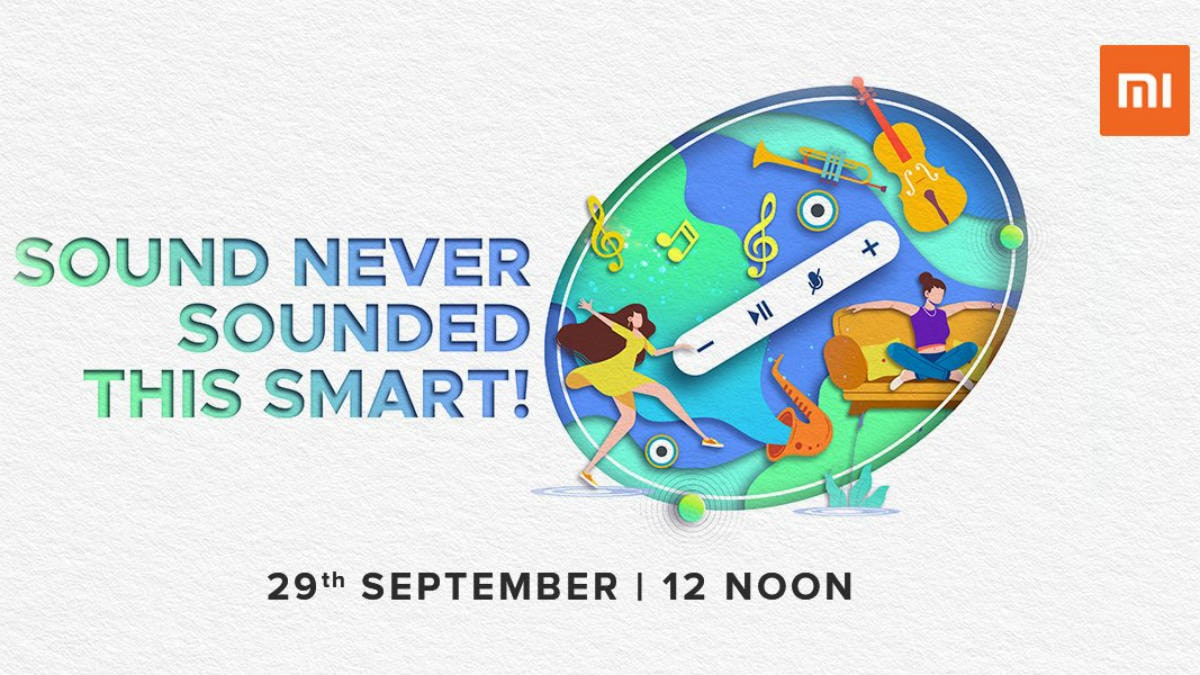 Xiaomi will likely launch its first smart speaker in India on September 29 at a ‘Smarter Living’ event, the company’s top executive has indicated. In a tweet, Manu Kumar Jain, managing director of Xiaomi India, has shared a microsite on mi.com teasing the launch. The speaker will be an addition to the company’s ever increasing audio accessories portfolio that currently has TWS, wired, and wireless headphones, and Bluetooth speakers in India. The executive also teased the launch of a few more products via a different tweet.

Jain tweeted an image as well as a link to a microsite that teases the launch date of the company’s upcoming audio product that is very likely a smart speaker. The product will be launched at 12pm on September 29 at a ‘Smarter Living’ virtual event. Jain did not reveal much but considering it is likely a smart speaker, it is safe to assume that the speaker will come with Google Assistant and/ or Amazon Alexa support. The company has already teased the arrival of a new smart band and a smartwatch on the day.

In another development, Xiaomi launched the Mi Power Bank 3i with 10,000mAh and 20,000mAh capacities in India. Both the power bank variants feature dual input via USB Type-C and Micro-USB ports. The power banks support 18W fast charging and come equipped with an advanced 12-layer circuit protection.