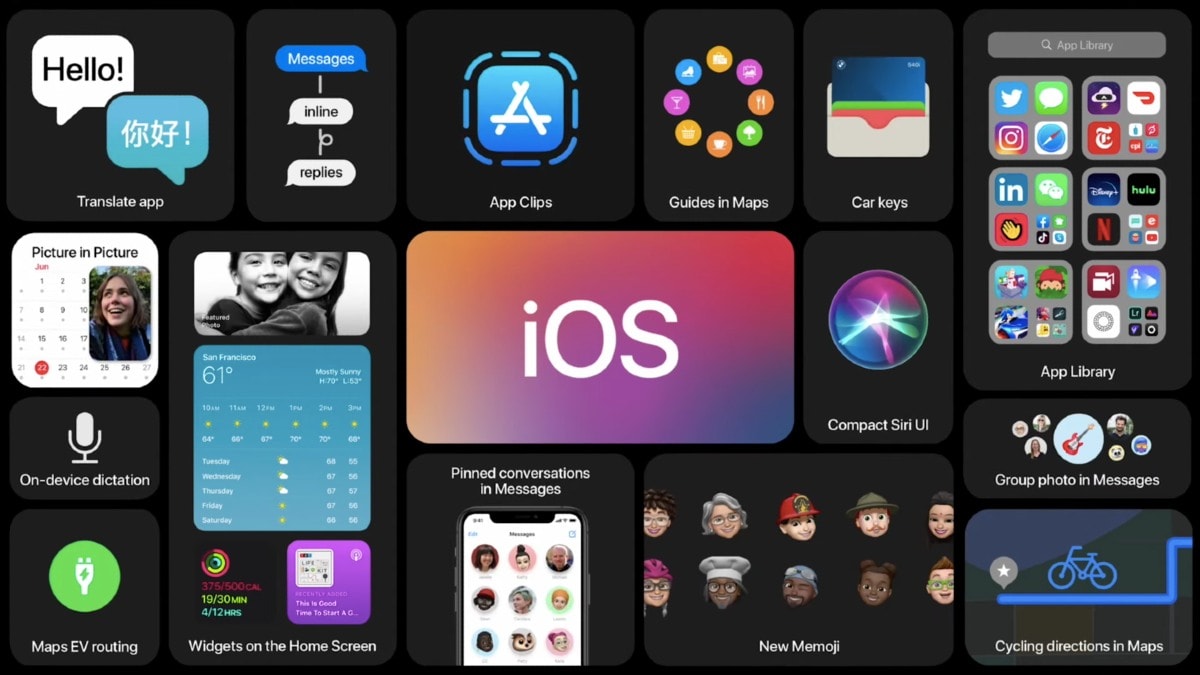 iOS 14 release date is out and is set for September 16, today. CEO Tim Cook revealed the release date of iOS 14 at Apple’s virtual event on Tuesday, where it brought the Apple Watch Series 6, Apple Watch SE, iPad 8, and the iPad Air 4 as its new hardware offerings. Apple unveiled iOS 14 as the next iteration in the iOS family at the virtually held WWDC 2020 in June. Alongside the latest iOS version, Apple is releasing iPadOS 14, watchOS 7, and tvOS 14 later today.

Apple CEO Tim Cook at his virtual keynote on Monday said that iOS 14 release would take place today, September 16. Although Cook didn’t reveal the release time, looking at previous rollouts, we can expect the iOS 14 update to reach compatible iPhone models and the seventh-generation iPod touch at around 10am PST/ 1pm EST. This means that the update should arrive on your Apple device in India at around 10:30pm IST today.

You can download iOS 14 on your eligible iPhone or iPod touch once it has reached your device by going to Settings > General > Software Update. It will also automatically be downloaded if you have already chosen that option on your device. We suggest you to back up your personal data before beginning the download process. Moreover, your device should have an adequate amount of battery charge, or be plugged in and charging, to carry out the update.

As Apple announced at WWDC 2020, iOS 14 will be the “biggest update ever to Home Screen pages” and will bring a new space to organise apps into one view called the App Library. The iOS update will also carry redesigned widgets as well as a new interface for FaceTime, voice calls, and Siri interactions. Apple will also bring Picture-in-Picture support to your iPhone or iPod touch through iOS 14.

Further, iOS 14 will come with an upgraded Messages experience where you’ll be able to pin any of your favourite conversations or get alerted on receiving messages in group threads through mentions and inline replies. Apple will also offer updates to preloaded Maps, Siri, and Safari apps.

The iOS 14 update was also slated to bring the ability to let you opt out of in-app tracking. However, Apple delayed that particular privacy-focussed feature after facing some backlash from developers including Facebook. The company said in a statement that the requirement to use the tracking permission would go into effect early next year.

In addition to the iOS 14 update, Apple is releasing iPadOS 14, watchOS 7, and tvOS 14 for all compatible devices later today. The new iPadOS will bring features such as redesigned sidebars, pull-down menus, and an enhanced search experience that works similar to macOS’s Spotlight pop-up search bar.