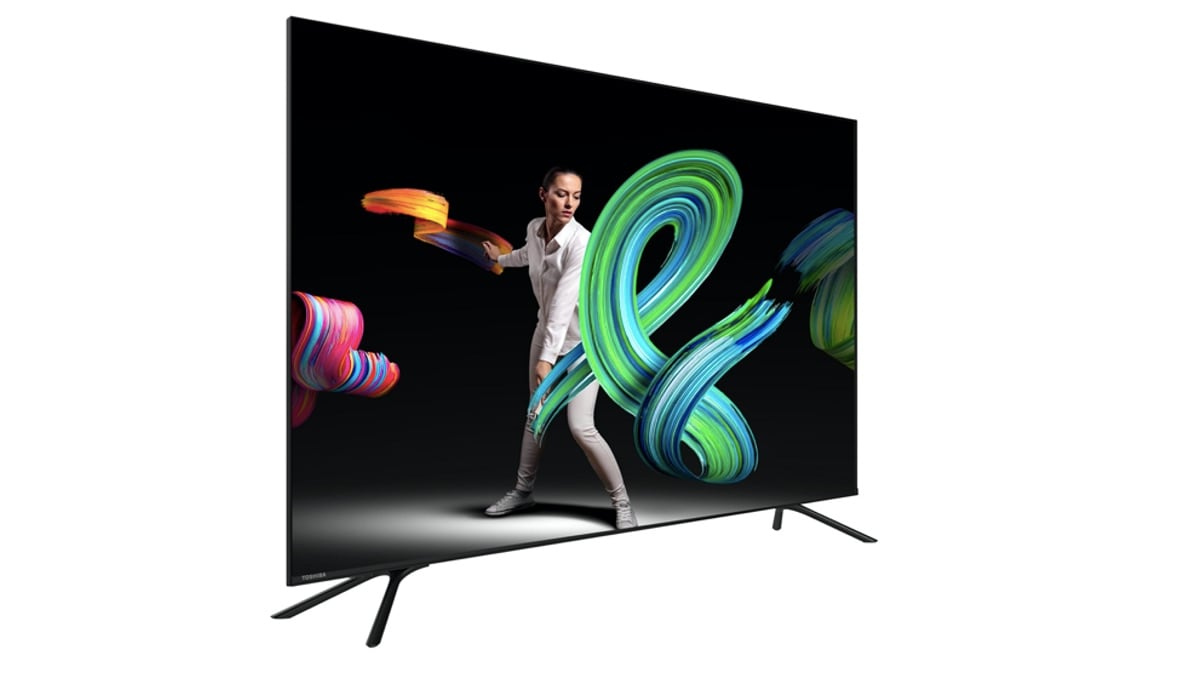 Toshiba has revealed the pricing of its upcoming television range in India, which is set to go on sale on September 18. The company’s new televisions will be priced competitively starting at Rs. 12,990, and will be available to buy across various online platforms including Amazon, Flipkart, Reliance Digital, and TataCliq. The new Toshiba television range runs on Vidaa OS custom firmware, and the company is offering up to four years warranty on the panel on its 4K TVs for purchases made between September 18 and 21.

A total of seven television models will be available on September 18, with resolutions ranging from HD to Ultra-HD, including five Ultra-HD models with Dolby Vision HDR and Dolby Atmos sound.

Toshiba claims that it has a network of over 450 service centres, covering more than 18,500 pin codes across India. The Toshiba brand name returns to India after a period of absence under new ownership, with Hisense now owning the Toshiba TV business. Hisense itself entered India recently, with its product range starting at Rs. 11,990.

The most affordable televisions in the new Toshiba range are the 32L5050 HD TV and 43L5050 Full-HD TV, priced at Rs. 12,990 and Rs. 22,490 respectively. Both of these televisions feature ADS panels (similar to IPS in performance) and feature Vidaa OS for smart connectivity. The custom smart TV platform is said to support all major apps and services, including Netflix, Amazon Prime Video, YouTube, and more.

Toshiba U5050 price and specifications

Toshiba U7980 price and specifications