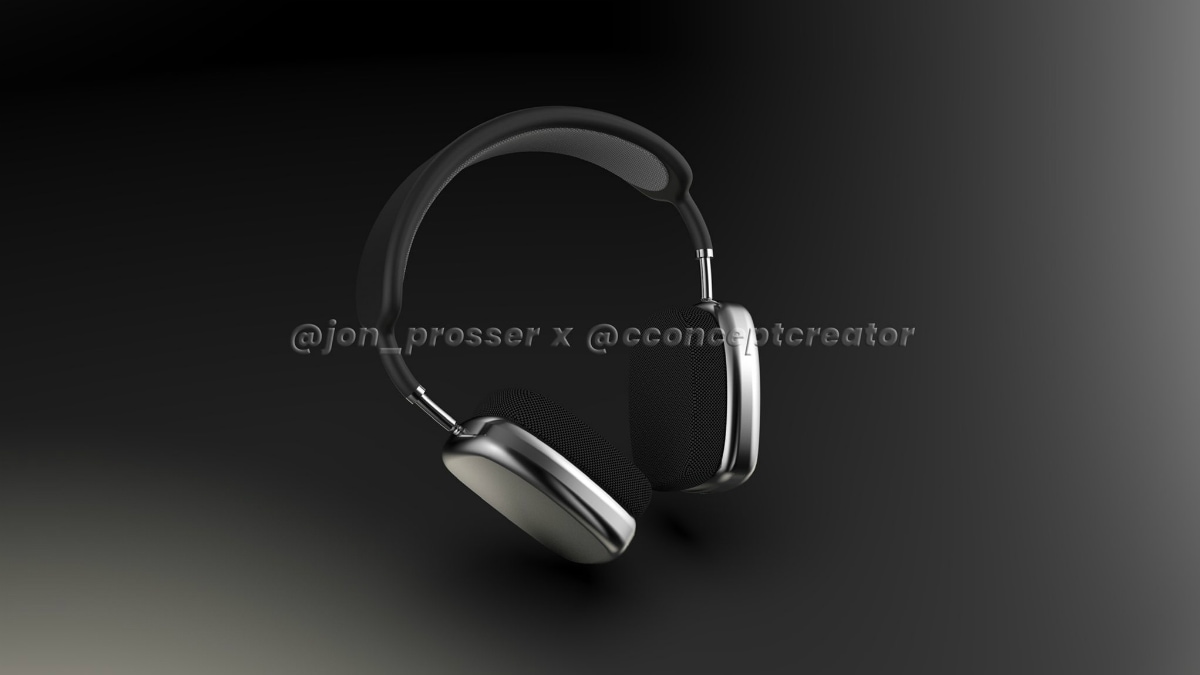 Apple AirPods Studio, the rumoured Apple-branded over-ear headphones, have surfaced in high-quality renders. The headphones are claimed to feature magnetic earcups along with a reversible feature that automatically detect left/ right ear to throw channeled sound, high-quality leather, a metal build, and USB Type-C port. It has been widely reported that the headphones will be launched along with this year’s iPhone series.

Tipster Jon Prosser tweeted the alleged high-quality renders of the rumoured AirPods Studio through a tweet. Prosser also shared a video on YouTube, claiming that the Apple AirPods Studio headphones (codenamed B515) feature magnetic earcups. Unlike regular earcups, these don’t have L/ R markings and can be worn in on any ear. These reversible earcups automatically detect the left/ right ear of the user and then channel sound according to that. The tipster added that the interior earpads and headband are made of high-quality leather, while the earcups have a premium metal built on the outside.

These are the renders we were making in order to protect the source. pic.twitter.com/6Abg2TgxiZ

As per the renders, the Bluetooth headphones by Apple do not feature a 3.5mm jack but they do have a USB Type-C port. It is unclear whether the headphones can be used with a Type-C to Type-C connector (with new MacBooks) or USB Type-C to lightning jack connectors (with iPhones).

A previous report suggested that the headphones could feature active noise cancellation, head and neck detection, and custom equaliser settings.

Apple AirPods true wireless earphones series carry sensors that can detect when the earphones have been removed or put back. This automatically plays or pauses music on compatible devices. Similarly, the Apple AirPods Studio over-ear headphones could also feature similar sensors that could detect when the headphones are being worn on the neck. Since the headphones are touted to be a premium offering, these are expected to compete with the Bose Noise Cancelling Headphones 700 and Sony WH-1000XM3 upon launch.