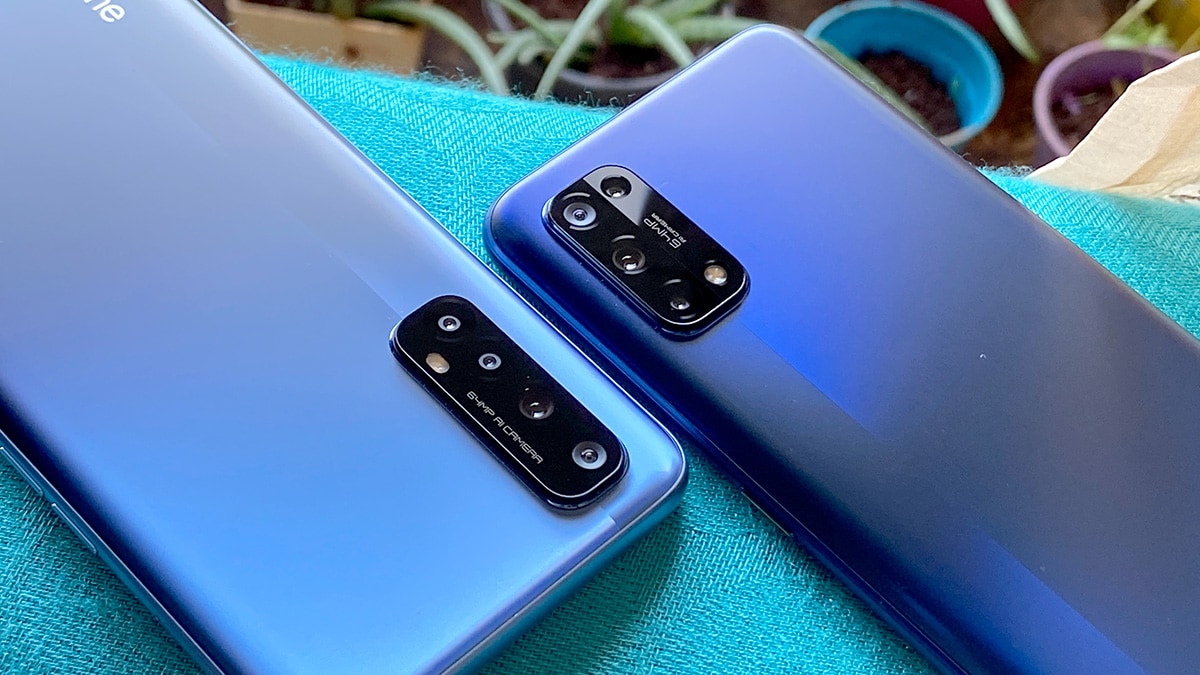 The sub-Rs. 20,000 price segment today features a range of powerful smartphones which offer anything from pop-up selfie cameras, in-display fingerprint sensors and 64-megapixel cameras to powerful processors that can even rival some mid-tier phones. We have recently reviewed some pretty neat additions to the segment.

Realme launched the 7 Pro as part of its new 7-series, which has a host of cool upgrades over the Realme 6 Pro. Samsung also launched the Galaxy M31s, which sports a modern hole-punch display and faster charging compared to the Galaxy M31. We’ve also updated the rest of thislist by retiring some of the older models.

If you have a budget of Rs. 20,000, here are some of the best smartphones that you should be considering for your next purchase.

Samsung launched the Galaxy M31s at Rs. 19,499, but at the time of updating this guide, its price has increased to Rs. 20,499 on its online store. Samsung has a habit of constantly tweaking its prices, so by the time you read this article, we wouldn’t be surprised if the price has increased or decreased by a small margin yet again.

We think the Galaxy M31s a decent update to the Galaxy M31. It has a higher starting price, but for this extra money you get an Infinity-O AMOLED display, a higher capacity bundled charger, and a slightly tweaked design. It retains many of the things that made the Galaxy M31 great, such as the large 6,000mAh battery, but also carries forward some negatives such as the dated SoC. That’s not to say that the phone can’t handle Android well, but compared to what the competition offers at around this price, the processor definitely feels weak.

The cameras are decent but video stabilisation is not great and low-light photos don’t have the best details. However, if having the best battery life is top priority for you, then the Galaxy M31s is still among the best in its class.

The more premium model in Realme’s 7-series, the Realme 7 Pro features some big upgrades over the Realme 6 Pro such as the use of an AMOLED display, 65W fast charging, and stereo speakers. With a higher starting price of Rs. 19,999, the new model does have a unique mix of features that few others match in this segment. 65W charging helps charge the battery very quickly and the stereo speakers make watching any content sound more immersive. The new phone is also slimmer and lighter compared to the 6 Pro, which is a nice bonus.

However, you don’t get a 90Hz display which is a little disappointing. The 7 Pro also has the same Qualcomm Snapdragon 720G SoC as the 6 Pro, so there’s no real performance gain either. The primary rear camera has improved a bit, but once again, you lose out on the ultra wide-angle selfie camera and the rear telephoto camera of the 6 Pro.

While there’s no doubt that the Realme 7 Pro is a good phone, it does take a step backwards in some areas, which is why the Realme 6 Pro is also still a viable option in this segment.

It scored very well in our benchmarks. The One Fusion+ is available in one configuration only, with 6GB of RAM and 128GB of storage. You do have the option to expand storage further using the hybrid dual-SIM tray. Motorola has also packed in a 5,000mAh battery, and this phone comes with an 18W TurboCharger.

It runs clean stock Android and we did not encounter any preinstalled bloatware. Thankfully, it still retains Moto Actions which are useful gesture-based features. The Motorola One Fusion+ sports a four cameras at the back and a pop-up selfie camera. It has a 64-megapixel primary sensor, an 8-megapixel ultra-wide angle camera, a 5-megapixel macro camera, and a 2-megapixel depth sensor. The camera performance was good in daylight, and the phone was quick to lock focus and meter light correctly. Low-light shots were average but using Night mode made a huge difference. Video recording maxes out at 4K and the phone does a good job at stabilising footage in the daytime.

The first smartphone to come out of Poco after it became an independent entity is the Poco X2. The is not the successor of the Poco F1, but does a lot of things right in its own way. It is tall and has a big 6.67-inch display with a 20:9 aspect ratio. The panel also boasts of a 120Hz refresh rate which isn’t very common at this price. The Poco X2 has a dual-camera punch-hole on the front, and a side-mounted fingerprint scanner, both of which are slowly becoming more common. The Poco X2 feels large and bulky. It is powered by the Qualcomm Snapdragon 730G which is a powerful chip that can handle gaming quite well.

Poco has packed in a 4,500mAh battery and you get a 27W charger in the box. This phone sports a quad-camera setup at the back and we noticed that the photo quality in daylight is quite good. Low-light photo quality was also relatively impressive but not as detailed as during the day. Low-light video quality wasn’t as good.

The Realme 6 Pro was launched alongside the Realme 6, and both smartphones have made it to our lists at their respective prices. The Realme 6 Pro has a 6.6-inch display with a dual-camera hole-punch for the selfie cameras. It is powered by the Qualcomm Snapdragon 720G SoC just like the Redmi Note 9 Pro Max. The device is well designed but is a little slippery as it has a glass back. This phone is also a little heavy at 202g. One unique feature of theRealme 6 Pro is its 90Hz screen refresh rate. It also has a side-mounted fingerprint scanner that is easy to reach and quick to unlock the phone.

There’s a quad-camera setup at the back. Camera performance was decent in daylight and for close-ups, but low-light camera performance needs some improvement. The Realme 6 Pro has a 4300mAh battery which isn’t as big as some of the other phones in the list but it delivered excellent battery life when we reviewed it.

Samsung has been focusing on the sub Rs. 20,000 market with its Galaxy M-series, and the Galaxy M31 is currently the best in the lineup. This model has a 6.4-inch full-HD+ AMOLED display that delivers vivid colours and very good viewing angles. There is a quad-camera setup at the back with a 64-megapixel primary camera. It also packs a big 6,000mAh battery and a capable Exynos 9611 SoC.

Samsung offers the Galaxy M31 with 6GB of RAM and two storage options, 64GB and 128GB. Prices start at Rs. 16,499 for the base model while the higher model is priced at Rs. 18,999. The big battery offers fantastic battery life and this phone could easily go on for two days. The cameras are good in daylight, the wide-angle one offers a wider field of view but loses out on details compared to the primary camera. We did notice that the camera AI can go overboard in terms of saturating colours. The primary camera is a little slow while focusing and you can see minor grain in the output. With Night mode enabled, the Galaxy M31 delivers better low-light shots. We found video stabilisation to be average as well.

The Exynos 9611 SoC is not as powerful as the Snapdragon 720G powering the Redmi Note 9 Pro Max and the Realme 6 Pro but it is capable of handling day-to-day tasks with ease. The battery is the highlight of the Galaxy M31 as it can outrun most devices on this list.

The Realme X2 is one of the older phones on this list, but has managed to stand its ground all this while. It has a 6.4-inch AMOLED display with an in-display fingerprint scanner, something that the others miss out on. It also packs in a Qualcomm Snapdragon 730G processor similar to the Poco X2. The phone is manageable for day-to-day use and isn’t as big as the Poco X2 or the Redmi Note 9 Pro Max. The Realme X2 has a quad-camera setup at the back and comes in a variety of colours.

The quad-camera setup lets you take good photos in daylight. We liked our portrait shots, as the dedicated depth camera helps with edge detection. Low-light camera performance is also good but there is some noise in the output. The Nightscape mode does help improve low-light photography. The low-light video performance wasn’t to our liking when we reviewed the Realme X2.