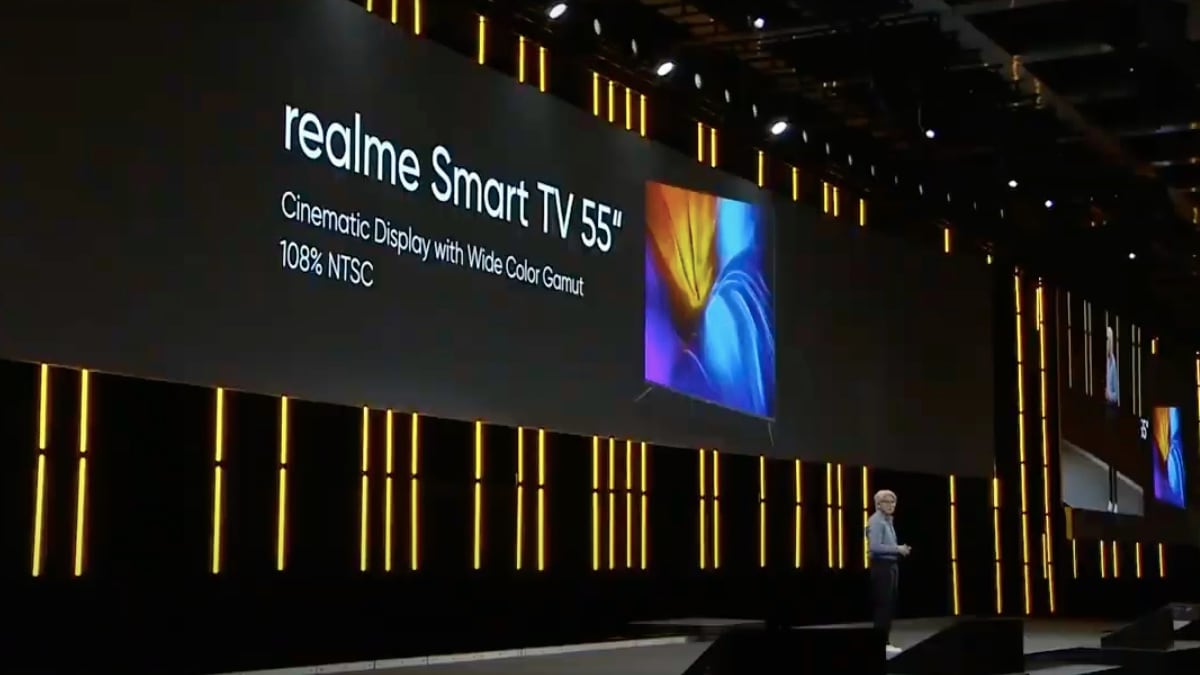 Realme Smart TV 55-inch is coming. Realme, at IFA 2020 in Berlin, announced that it will launch the 55-inch variant of its smart TV, along with new premium audio products including true wireless earphones and new wireless neckband earphones with active noise cancellation, over the coming months. The company has announced a big list of new products that are expected to be launched in the company’s key global markets, including India. Many of these see Realme entering segments previously unexplored by the company such as IoT, but also sees an expansion of existing product ranges into premium territory.

Among the many products announced at IFA 2020 in Berlin are the Realme Smart TV 55, the Realme Buds Air Pro, and Realme Buds Wireless P. All of these are expansions of previous product categories where Realme is already present. The company entered the TV segment earlier this year with the Realme Smart TV, available in 32-inch (HD) and 43-inch (full-HD) sizes, priced at Rs. 12,999 onwards.

The latest 55-inch Realme Smart TV is stated to have a wide colour gamut rated at 108 percent NTSC. Although not mentioned, it’s likely that the 55-inch variant will have an ultra-HD resolution screen with HDR support. Other specifications are likely to be similar to the existing Realme Smart TV range, with the television running on Android TV 9 Pie.

Realme is also expanding its audio product range into premium segments, with the Realme Buds Air Pro and Realme Buds Wireless P announced as well. Both of these earphones are stated to feature active noise cancellation. No specific details regarding pricing and availability have been provided by Realme, but it’s very likely that all of these products will launch in India in the coming months and will be competitively priced in line with Realme’s current product range.

The company recently announced the Realme 7 and 7 Pro, as well as the Realme M1 Sonic Toothbrush and Realme Scale. The company’s recent launches are particularly interesting, given its plans to expand aggressively in Europe following the appointment of Realme India CEO Madhav Sheth as the chief of its European operations.