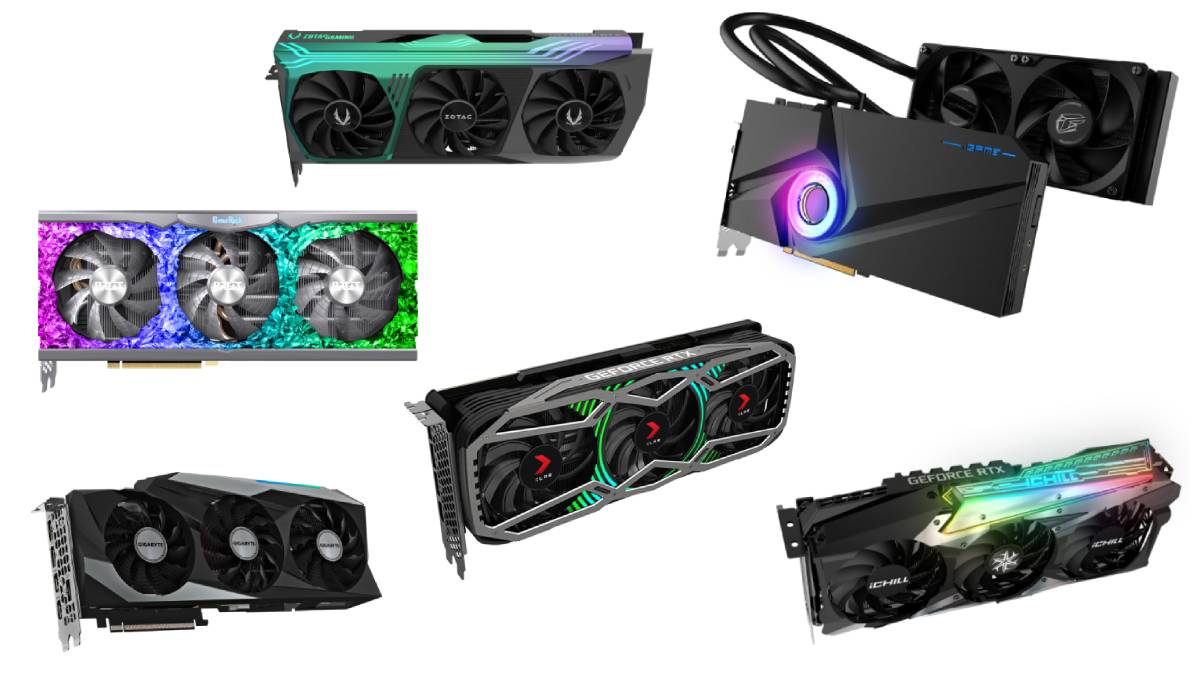 Nvidia’s partner companies have all announced their GeForce RTX 30 series graphics card lineups, with several of them offering multiple models based on each of the new GPUs. The new graphics cards join Nvidia’s own Founders Edition models, but are custom designed with their own cooling mechanisms and other innovations. These models should be hitting the market soon, and some companies have also announced India-specific pricing.

Nvidia launched its new GeForce RTX 3070, GeForce RTX 3080, and GeForce RTX 3090 GPUs, based on the Ampere architecture. The company promises the best ever generational leap in performance, with second-gen ray tracing hardware, faster memory, and on-board AI processing — all while consuming less power than previous generations.

Asus was the first to announce its ROG Strix, TUF Gaming, and Dual series graphics cards based on these new GPUs, with others following soon after. Companies that have unveiled their lineups include Zotac, MSI, Gigabyte, Powercolor, EVGA, Colorful, Palit, Gainward, XLR8, and Inno3D

The other companies have made announcements internationally, although availability in India isn’t yet confirmed. Of note, Colorful has shown off its iGame GeForce RTX 30 Series Vulcan with a swivelling 480mm x 24mm LCD display on the top which can show custom graphics or hardware diagnostics, as well as a liquid-cooled Neptune series model with a mirrored RGB illuminated surface and closed-loop dual-fan radiator. The Palit GameRock series features a “dazzling angle” RGB surface.