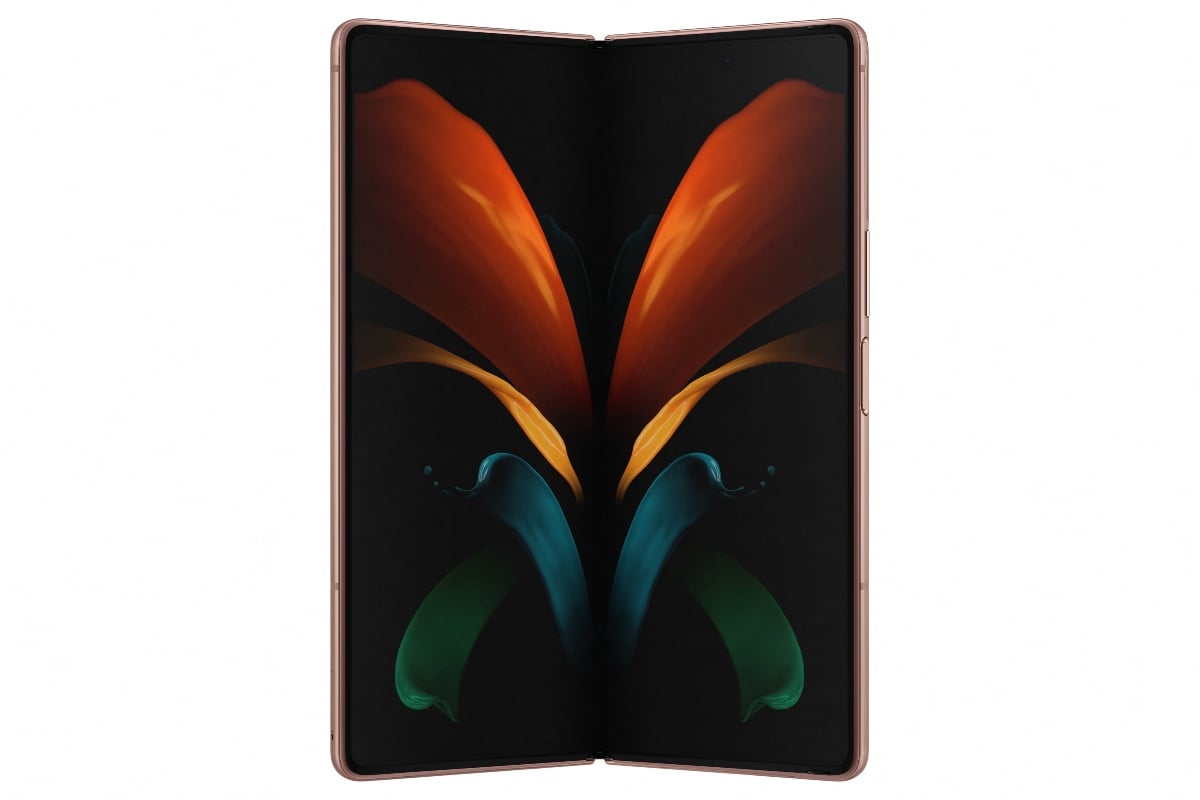 Samsung Galaxy Z Fold 2 has debuted at the Galaxy Unpacked 2020 Part 2 virtual event. The new foldable phone is the third in the series that started with the Galaxy Fold last year. The Galaxy Z Fold 2 comes with a series of upgrades over the Galaxy Fold as well as Galaxy Z Flip that was launched earlier this year. The smartphone features a bigger, flexible display that folds into two. It also comes with an Ultra-Thin Glass (UTG) protection. The Samsung Galaxy Z Fold 2 also offers triple rear cameras and includes wireless charging support. There is also Wireless PowerShare to let you charge your wireless charging-supported devices with the latest foldable phone.

“With the launch of the Samsung Galaxy Z Fold 2, we closely listened to user feedback to ensure we were bringing meaningful improvements to the hardware, while also developing new innovations to enhance the user experience,” said Samsung Mobile chief Dr. TM Roh in a statement. “Further strengthened by our industry-leading partnerships with Google and Microsoft, we’re reshaping and redefining the possibilities of the mobile device experience.”

Samsung Galaxy Z Fold 2 price in India and sale details are yet to be announced. According to Samsung, the phone will be offered in Mystic Black and Mystic Bronze colour options starting September 18. Samsung Galaxy Z Fold 2 will be sold in 40 markets around the world, including the US and South Korea. The pre-orders for the phone kick off later today in select markets.

Samsung initially showcased the Galaxy Z Fold 2 at the time of announcing the Galaxy Note 20 series last month. At that time, the company didn’t reveal its pricing and availability details, though it put the phone on reservations for its US customers.

To make the Samsung Galaxy Z Fold 2 purchase more enticing, Samsung will allow customers to customise the foldable phone in four hinge colours – Metallic Silver, Metallic Red, Metallic Blue, and Metallic Gold. The company will offer an online tool via Samsung.com to provide this customisation and it will be limited to 21 markets that don’t include India.

To avoid the issues that initially impacted the Galaxy Fold, Samsung claims that it has re-engineered the hinge on the Galaxy Z Fold 2 with a dedicated “sweeper” to help clean dust and debris out using elastic fibres. There is also UTG protection over a plastic covering available on the last year model. Additionally, the new smartphone has a CAM Mechanism that lets you open it up at multiple angles, similar to the Galaxy Z Flip.