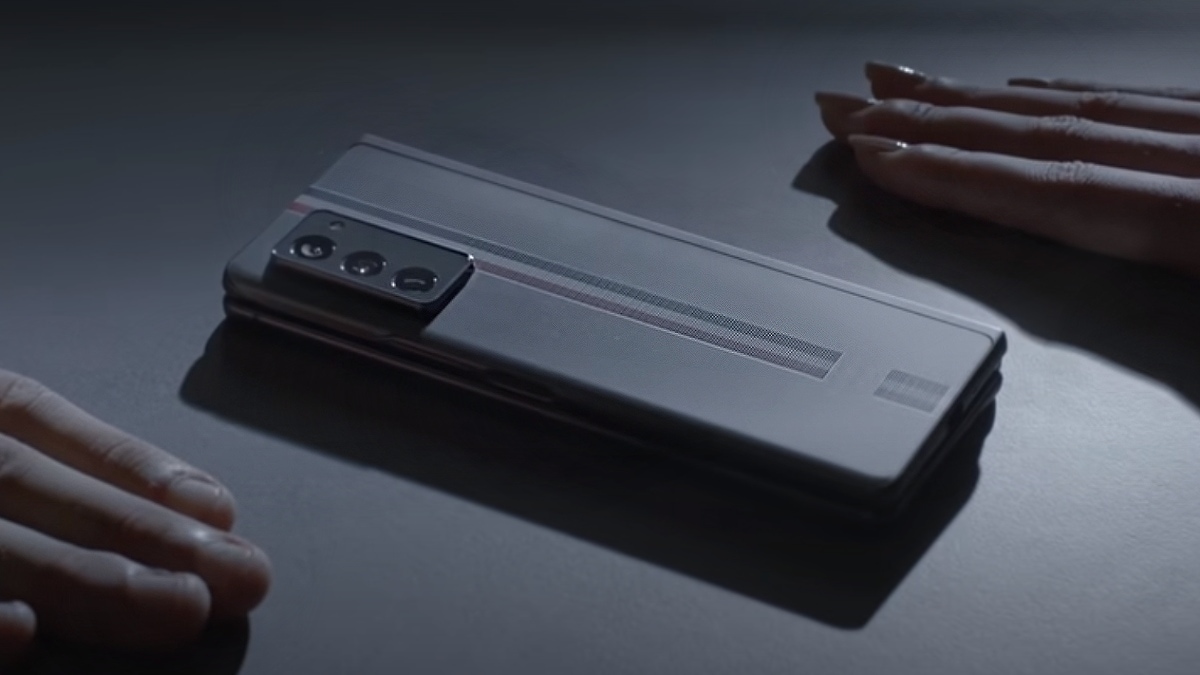 Samsung Galaxy Z Fold 2 is getting a special Thom Browne Edition. Samsung teased the new variant with a short video on Saturday. Its design features a mix of Thom Browne signature brand colours set against a grey background. This edition has been developed in collaboration with New York-based fashion designer Thom Browne. The Galaxy Z Fold 2 Thom Browne Edition will be launched on September 2 along with the original Galaxy Z Fold 2 at the Galaxy Unpacked Part 2 virtual event. The full specifications of the upcoming phone have also been leaked via an online report.

Samsung teased the upcoming limited edition phone in a short video on YouTube. The trailer focuses on the symmetry of the upcoming phone and offers a closer look at its design. You can see the tri-colour strip at the centre of the grey-tinged back panel. The camera module has also been coloured accordingly.

The Galaxy Z Fold 2 debuted alongside the Galaxy Note 20 series earlier this month at the Galaxy Unpacked event, but Samsung had not revealed the key specifications of the phone back then. It has now confirmed a formal launch ceremony for the phone will take place at the Unpacked Part 2 event, where it will reveal more details about the phone.

This is not the first time Samsung is tying up with Thom Browne. Galaxy Z Flip also had a Thom Browne Edition that was released in February.

The Galaxy Z Fold 2 is expected to have a better display, faster processor, and upgraded cameras in comparison with the Samsung Galaxy Fold, that released last year.

Samsung Galaxy Z Fold 2 is expected to feature a 7.6-inch (2,208×1,768 pixels) Infinity-O Dynamic AMOLED 2x main display and a 6.2-inch (2,260×816 pixels) Super AMOLED Infinity Flex cover display, as per the WinFuture report. It is folded vertically in the middle. The phone will be powered by octa-core Qualcomm Snapdragon 865 SoC, paired with 12GB of LPDDR5x RAM and 256GB of UFS 3.1 storage.

The phone has been confirmed by Samsung to pack a 4,500mAh Dual Intelligent Battery with support for 25W fast charging and 11W wireless charging. The 5G phone is expected to feature a 12-megapixel rear camera with LED Flash and a 10-megapixel front-facing camera.

Will OnePlus 8 series be able to take on iPhone SE (2020), Samsung Galaxy S20 in India? We discussed this on Orbital, our weekly technology podcast, which you can subscribe to via Apple Podcasts or RSS, download the episode, or just hit the play button below.